This post is a very short summary of NVIDIA Turing Architecture whitepaper (available on September 14th).

The parallel execution will be possible thanks to new unified architecture for shared L1 memory and texture caching. NVIDIA claims that INT32/FP32 core design and other changes to the new streaming multiprocessor, provide “50% improvement in delivered performance per CUDA core”. 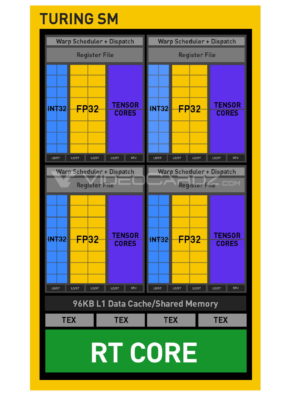 Turing architecture brings new lossless compression techniques. NVIDIA claims that their further improvements to ‘state of the art’ Pascal algorithms have provided (in NVIDIA’s own words) ‘50% increase in effective bandwidth on Turing compared to Pascal’.

The TU102 GPU features TWO x8 2nd Gen NVLINK, while TU104 is equipped with a single x8 link. The TU106 does not support NVLINK. Unfortunately, NVIDIA decided to end 3-way and 4-way SLI support with Turing.

NVIDIA GeForce RTX 2070 is the only graphics card from the new series to utilize the full silicon. It is not, as previously speculated, based on cut-down TU104. NVIDIA confirmed that their new xx70 model will, in fact, feature TU106 GPU.

Specs-wise, Turing TU102 essentially doubles the specs of TU106. The TU104 is the only Turing chip to feature four TPCs per cluster (unlike TU102 and TU106 which have 6 per GPC).

According to NVIDIA’s own naming convention, the TU106 should be a mid-range chip. What is worth noting, however, is that TU106 GPU is 131 mm2 bigger compared to GP104 (Pascal). The theory is that NVIDIA shifted TU100 to TU102 and TU102 to TU104 respectively. As long as die-size is considered, the TU106 could’ve easily been a high-end chip.

These are simplified versions of NVIDIA’s original block diagrams of Turing GPUs (they are basically 99% the same, except mine are a lot sexier). 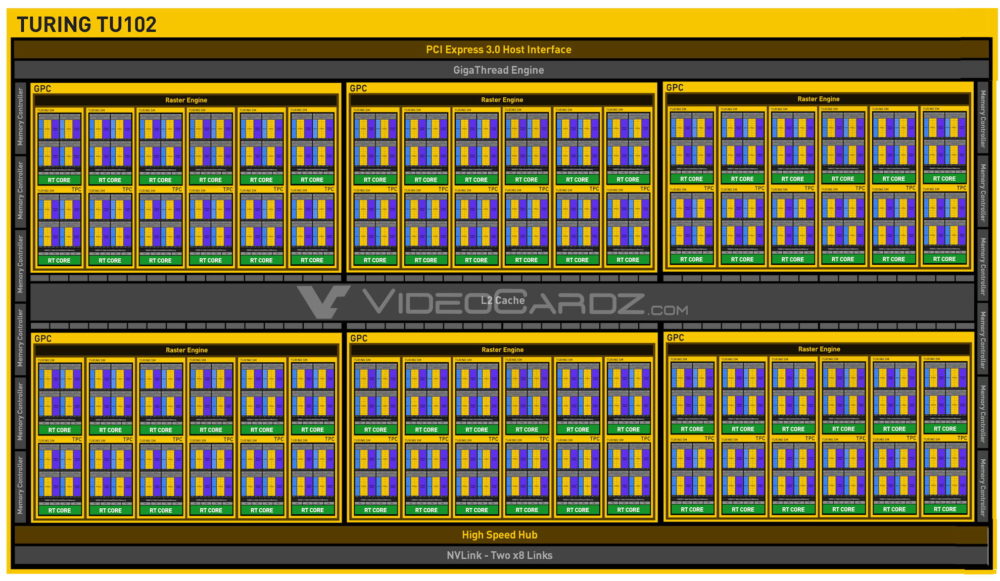 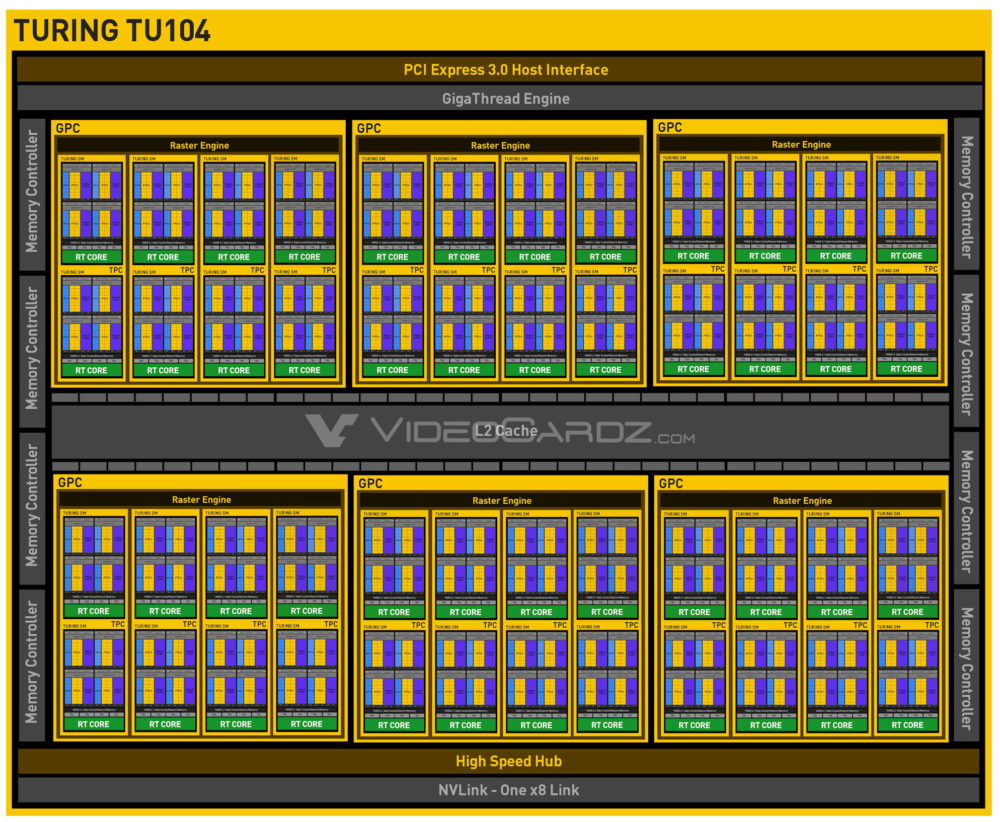