Actually, this isn’t the first score, but all previous entries were showing 10-20% of this performance (unsupported drivers). So technically, this is the first result that could be showing the full performance of the new card. Unfortunately, we have no information on how many cores were used (and that might be important considering RTX series feature Tensor, RT and Shader cores).

What we do know is that this is either RTX 2080 or RTX 2070, as the card features 8GB of memory and 7000 MHz memory clock (14 Gbps effective). Both of these cards have such configuration.

Assuming this is RTX 2080, we would be looking at slightly overclocked GTX 1080 Ti performance, or to put this into a different perspective: 98% of Titan Xp performance (SW Edition).

If NVIDIA were to keep this “30% generation performance upgrade” (and that’s what we have been observing for the past few years), the RTX 2080 Ti might end up being almost twice as fast as Radeon RX Vega 64. 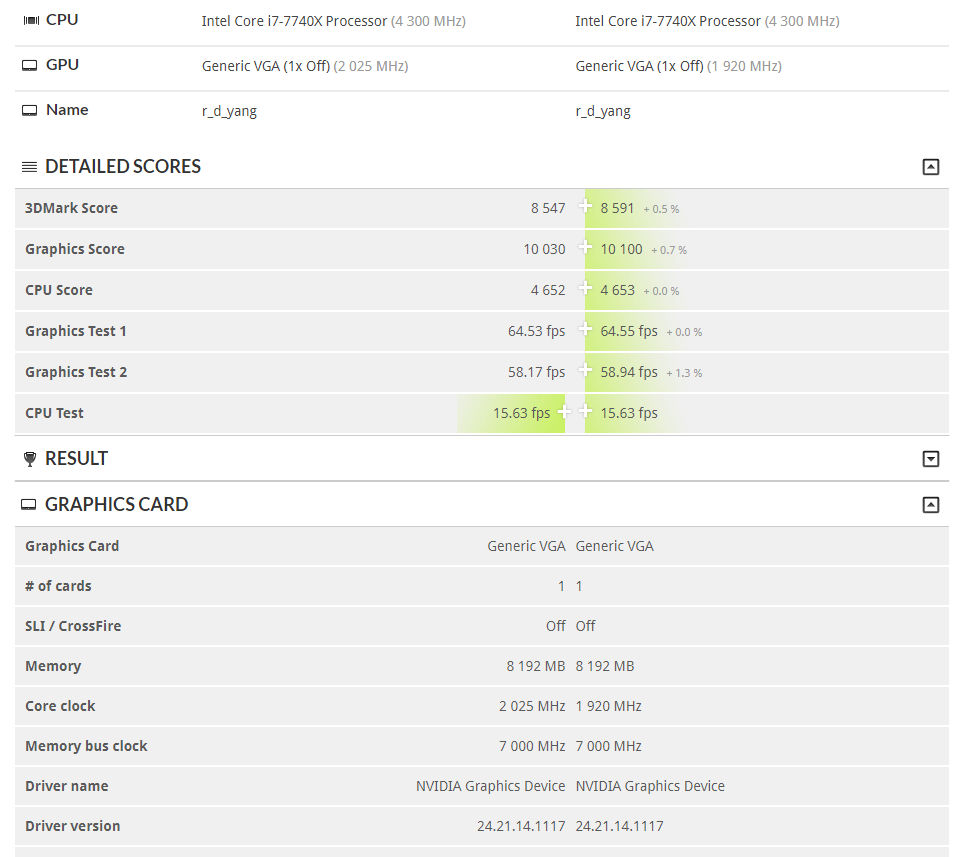 FireStrike Ultra:
This is only to give you some idea that not all scores are showing the full potential of the new architecutre yet: 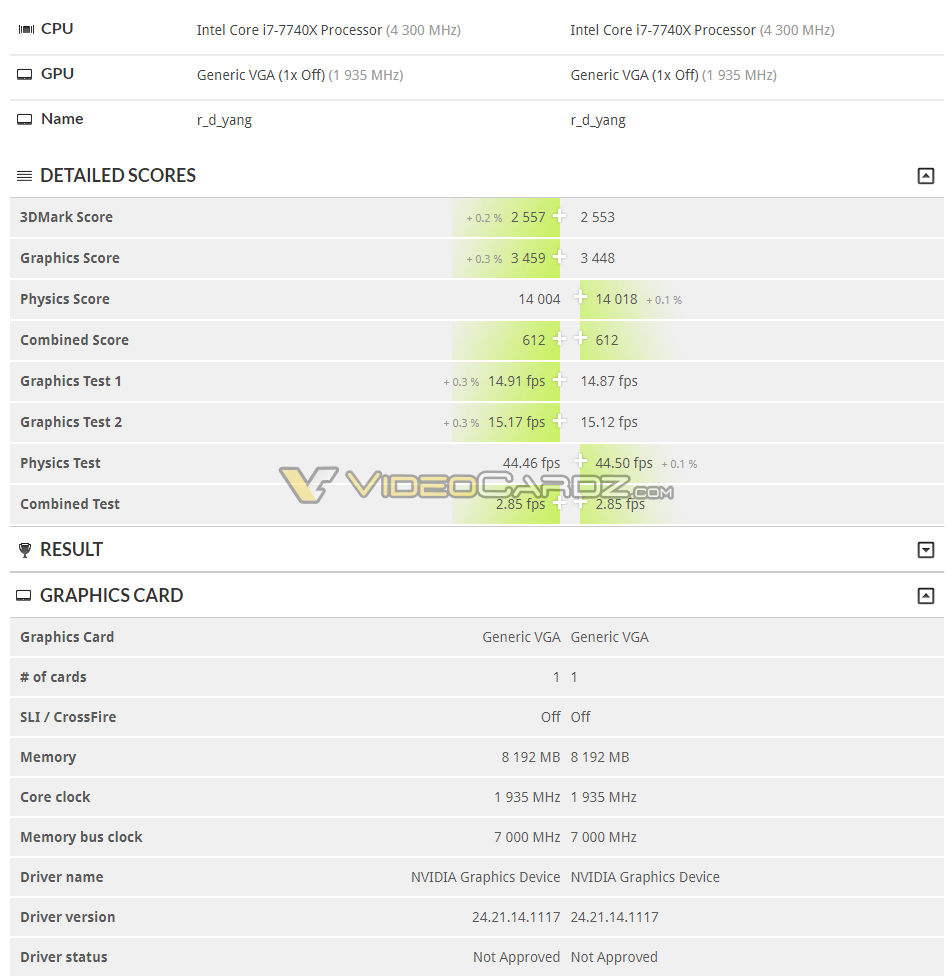