We another leak, just hours ahead of the announcement.

GALAX is readying two cards for launch, at least for an Asian market. The RTX 2080 General features TU104-400 GPU with 2944 CUDA cores, while the RTX 2080 Ti features 4352 corers and TU102-300 GPU. Manufacturer conveniently does not list frequencies, so we must assume they are based on reference design specs (which so far have not been confirmed).

The interesting details are TDP values. According to GALAX(Y) the RTX 2080 requires 215W while the RTX 2080 Ti needs 250W of power. This might be the value of reference designs since both cards are using NVIDIA reference boards (you can see NVIDIA logo near the PCIe slot).

Both models are likely only for the Chinese market. Other SKUs are expected for North America and Europe. 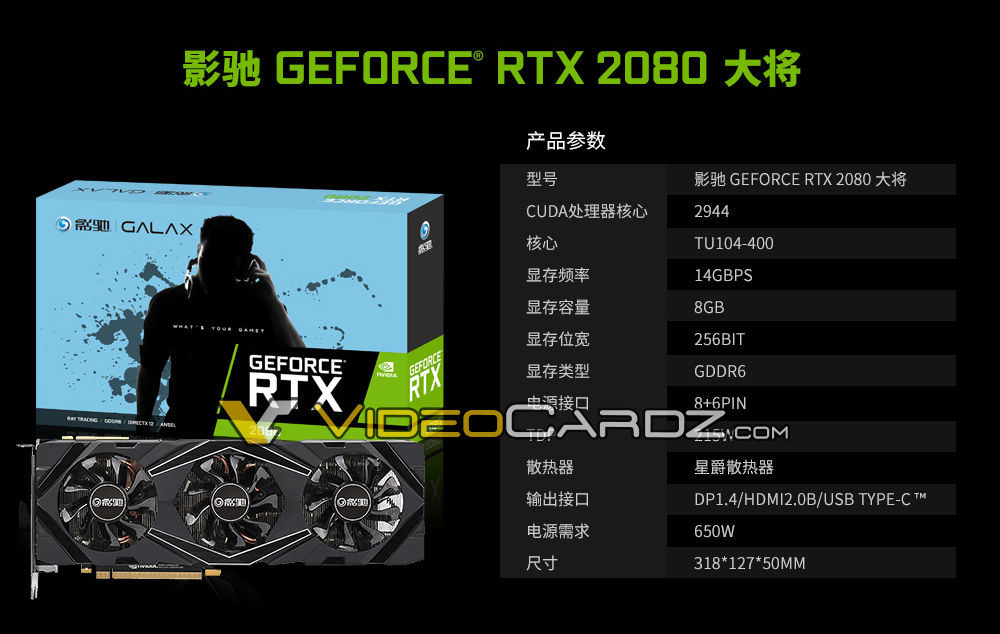 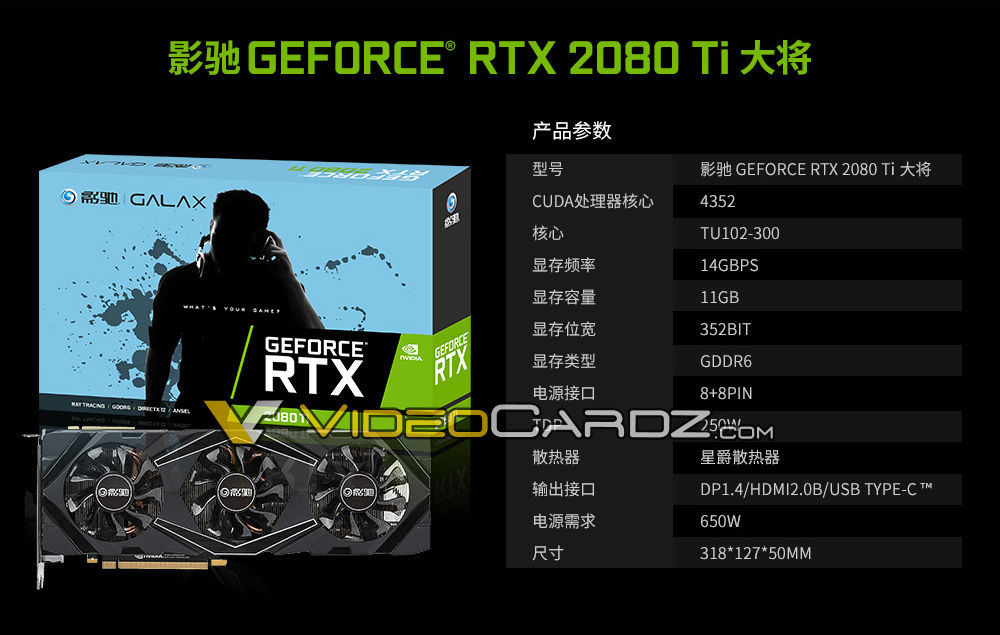