GALAXY offers to replace your FX 5200 with next-gen GeForce

GALAXY is giving away a new generation of GeForce graphics cards to some lucky owners of their very specific ancient models.

The second edition of GALAX trade-in program has started. Between August 13th and September 13th, you can register your old GALAX graphics and earn a chance to win a next-gen GeForce.

GALAX is not providing any names of new cards, but they confirm that new GeForce is launching very soon. GALAX (Google translation):

There is also a big surprise in this event, that is, the highest replacement NVIDIA flagship graphics card, although the new graphics card has not yet launched, but once you successfully renew, you can become the first faith player to experience NVIDIA’s new generation flagship card.

The only model that will earn you a chance to win next-gen GeForce is GALAXY FX5200 NPC. GALAX is also accepting entries from people owning other cards, such as FX 5700 Ultra to even GTX 760 Mini.

In order to win, you need to go through some steps. But before you get too excited, let me just say that the chances of you owning this ancient FX model, living in China and winning the competition are extremely low. Yet still, this is the first time NVIDIA board partner is publicly offering new GeForce card in a promotion. 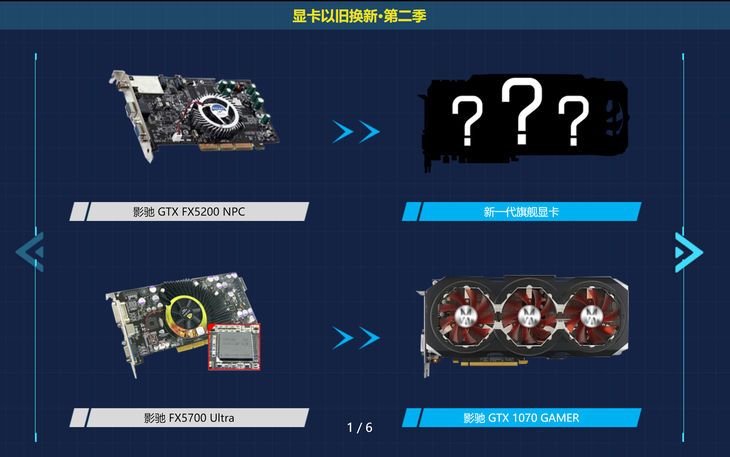