Slides from Intel documentation for 9th generation series have been revealed through a leak. The slides are watermarked by Benchlife, although they were discovered at PTT community board.

The Core i7-9700K, which is an eight-core and eight-thread CPU will boost up to 4.9 GHz in single-core operations. Interestingly, this SKU will operate at 4.6 GHz maximum turbo frequency with all cores in use.

The higher-end model called i9-9900K will also be 8-core, but it will have HyperThreading enabled (so 16-threads). This processor features 5.0 GHz single and dual-core maximum turbo frequency. With all cores enabled it will boost up to 4.7 GHz. 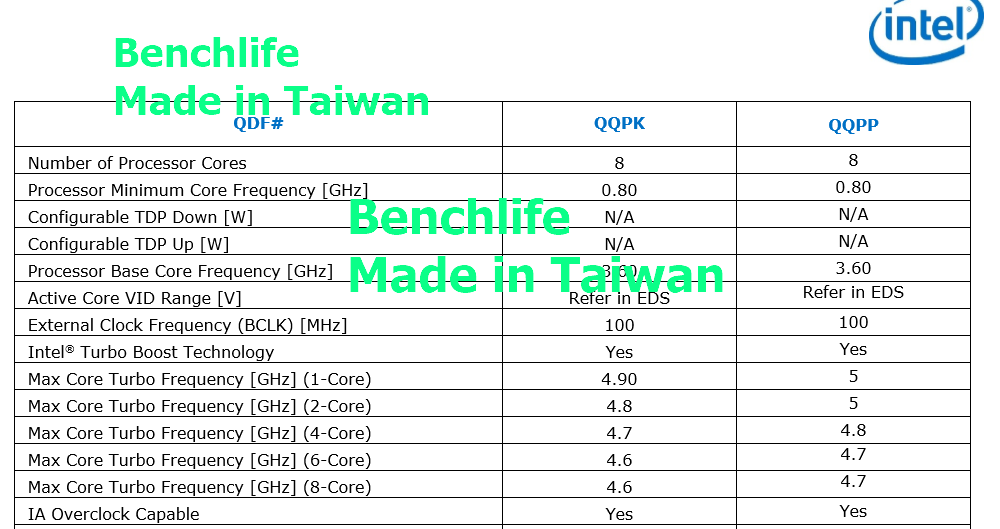 We also have our own leak comparing two upcoming processors: i5-9600K and i7-9700K. There is a minimal difference between the two SKUs in 3DMark Fire Strike Ultra when GPU performance is considered, but Physics Score is 36.8% better on 9700K. 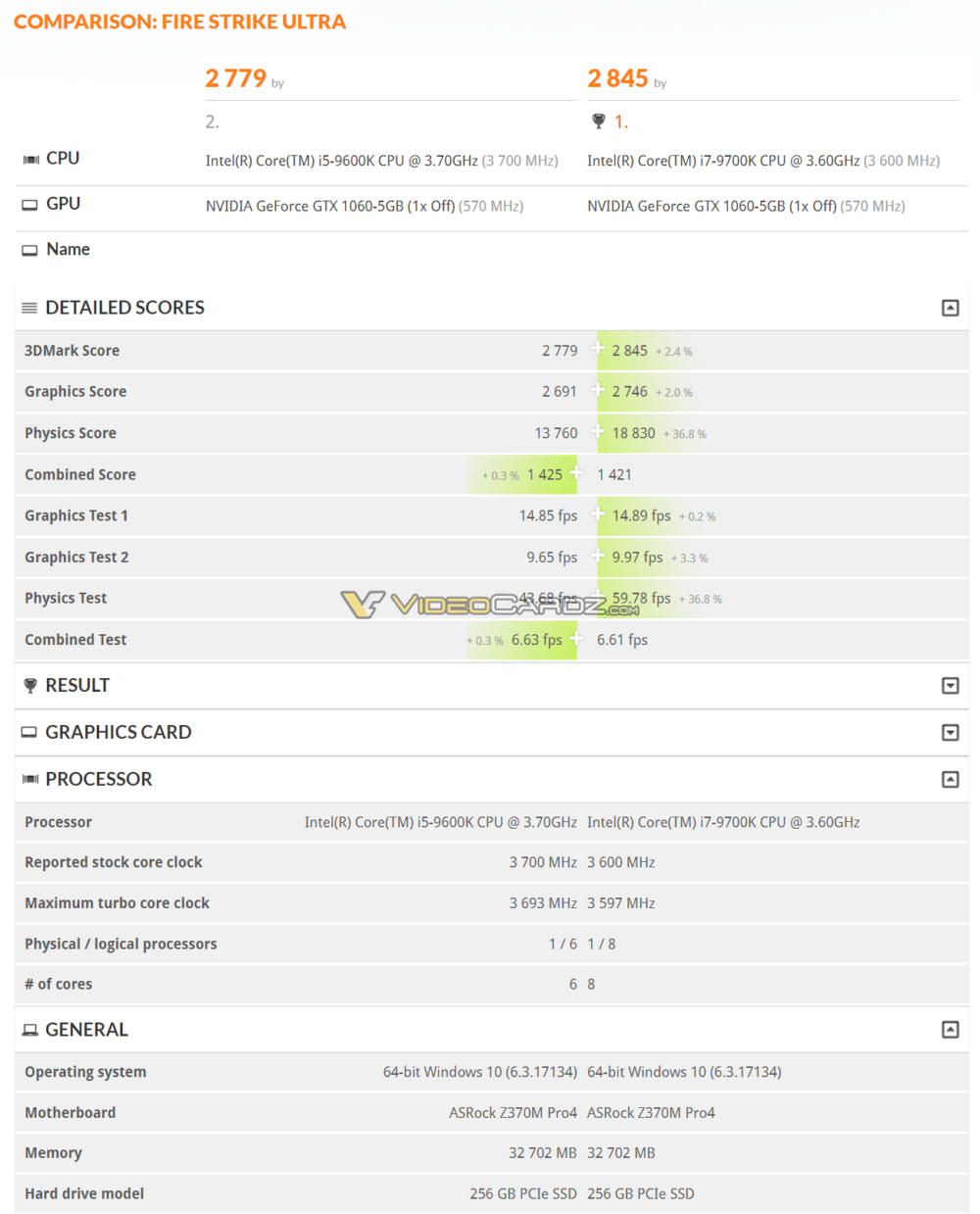