Manli, NVIDIA board partner from Hong Kong, has notified a certification body about upcoming graphics processor.

On July 20th, Manli Technology Group has notified EEC certification office about upcoming products. In a wall of text, we discovered GA104 graphics processor, a GPU that was neither released nor confirmed by NVIDIA.

Not only that, the exact GPU model is listed, which is GA104-400. This is without a doubt the processor for next-gen NVIDIA graphics card (possibly GeForce GTX 2080).

For now, this is all we have got. It does not get any better than this until we see the first photos of the actual GPU.

The codename Ampere was first mentioned by Heise.de, back in November 2017. 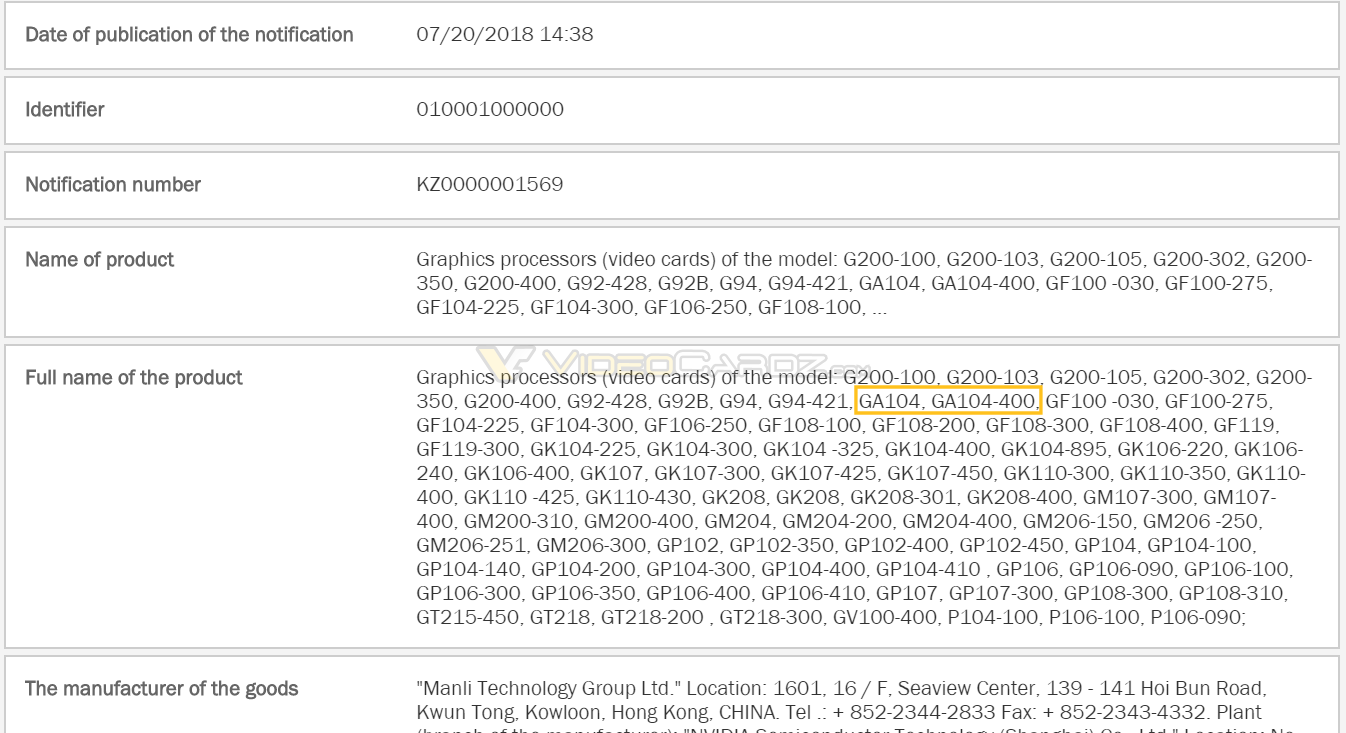 We asked you what codename were you expecting, and here is what you voted for:

What is the codename of next-gen NVIDIA architecture?

But let's see what do you think/expect first.