Despite the fact that 9th Gen Core series were not officially introduced by Intel yet, MSI is already offering a support for the new series.

Not only did the manufacturer confirm that 9000 series are coming, they also confirmed that Z370 motherboards will, in fact, support new processors.

We already know that all 300-series motherboards will support 9th Gen series, but so far it was only from leaked materials.

The support will be offered with proper BIOS version, so an update may be required. 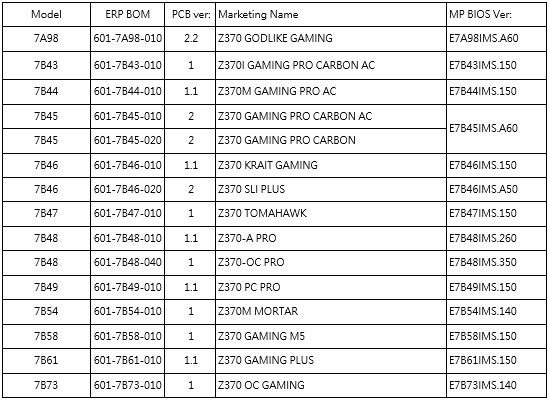