YES, this is the third post about Intel 9th Gen Core series launch date in a row!

Yesterday we saw TWO roadmaps from XFastest, who first told us that Intel’s 9000 series are expected in Q1 2019, only to tell us later that new series will actually launch in Q3 this year. Well, guess what, HKEPC also have a roadmap, but unlike XFastest’s, this one is much more detailed when it comes to actual launch time.

Not only that, Core-X series (Basin Falls Refresh) will also launch in October, but the roadmap lacks any mention of 28-core SKU, which was demonstrated by Intel at Computex. The Core-X series for HEDT platform will reach up to165W TDP.

The Coffee Lake-Refresh series will offer three SKUs at launch, but more will be added in Q1 2019.

Hopefully, we won’t be seeing any more roadmaps (unless it mentions the exact launch date). 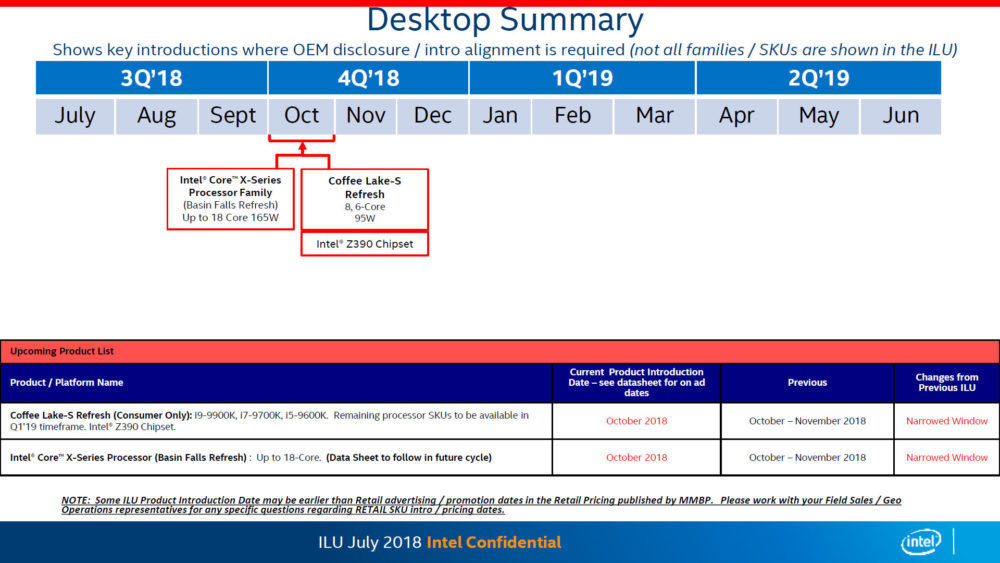 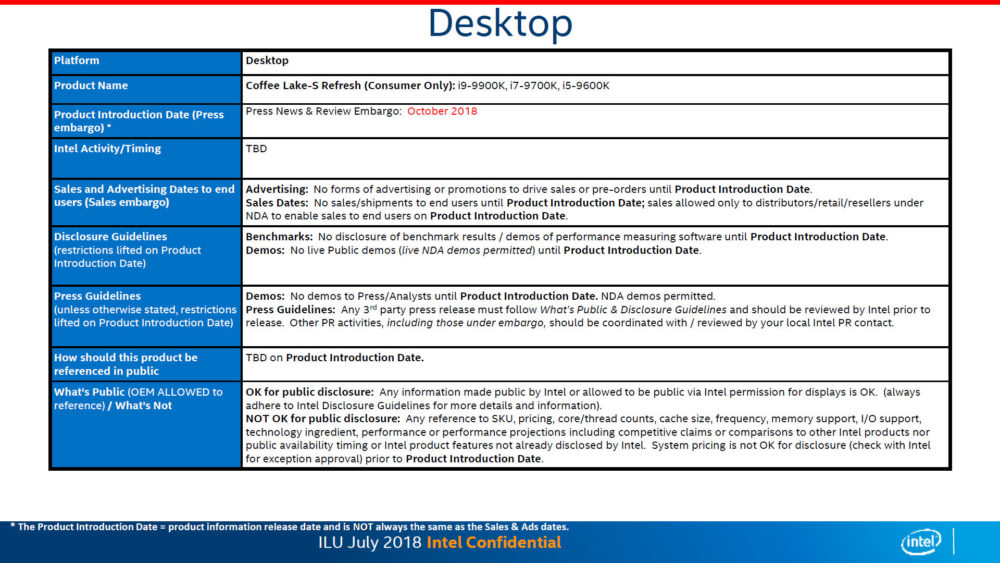