Our moles at ASRock have just delivered a fresh leak for you.

ASRock has new stickers H310 motherboards packaging. This ultimately confirms two things: the entry-level boards will indeed support 8-core CPUs (it will not be exclusive to Z390 series), and the fact that 8-core CPU even exists.

The support will likely come in a BIOS update, which should eventually roll out to all 300 series motherboards.

Intell allegedly has two 8-core CPUs coming with 9th Gen series: the Core i9-9900K and Core i7-9700K. It is quite possible that more octa-core parts will be unveiled in the future.

The only question is if you can afford an 8-core Intel CPU, why would you even consider the H310 motherboard in the first place? 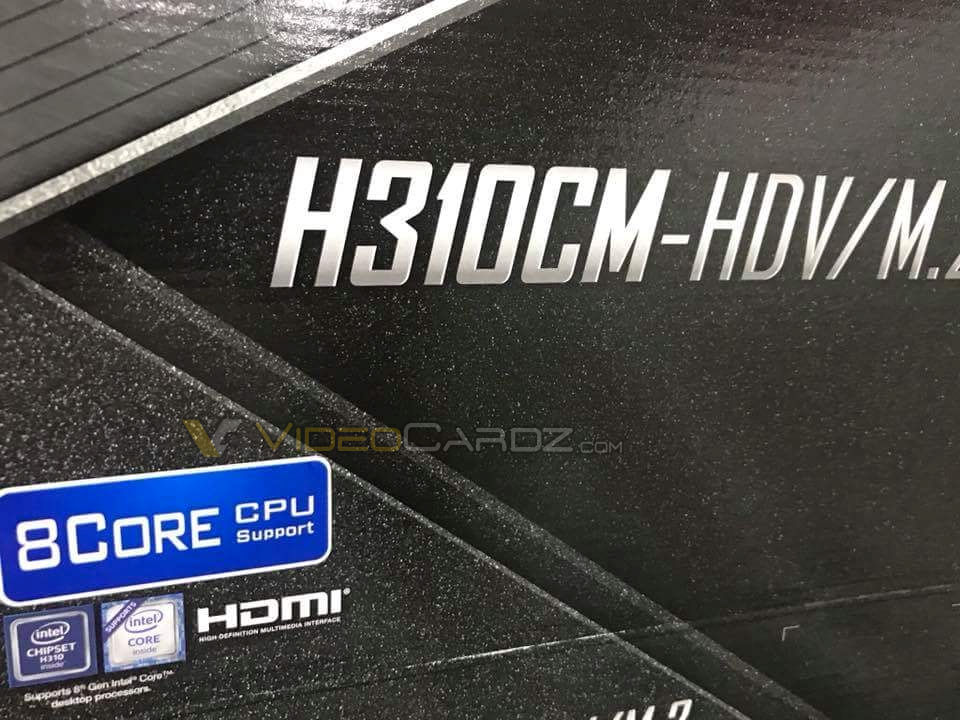