At Gamer Meld YouTube channel you will find a video showing emails from NVIDIA board partner with an update on GeForce 11 series launch date.

The email was allegedly sent by NVIDIA AIB to the YouTuber. It lists release dates for upcoming series. The email specifically mentions 1180, 1170, 1180+ (?) and 1160 by name. We cannot confirm that those launch dates are real nor that this email is real, but 30th August and 30 October are Thursday and Tuesday respectively, the most common launch days for NVIDIA.

The email also shares the info on 1180+. It is hard to guess what it could be, but chances are this is not a new SKU from NVIDIA, but rather a non-reference model such as Gaming X+ by MSI.

Lastly, the email mentions 21st August for a press conference call, right before the alleged launch date. This is likely a board partner press call, not NVIDIA’s.

We were not able to confirm the authenticity of the email (no one we know has received the same email). 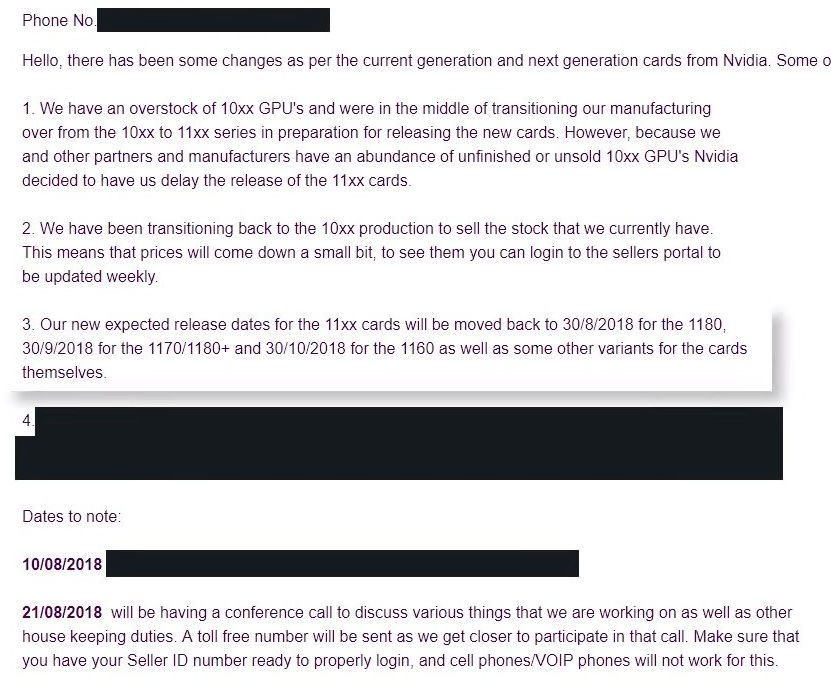