We are observing a frequency boost up to 200 MHz in Max Turbo state while preserving 8th Gen successor’s TDP.

The new series were not added to Intel’s Ark, which is considered a confirmation of a product launch. The new SKUs can only be found in Microcode Update and June 2018 8th Gen Core Family update. What this means is that the products are not yet *released*. They are however present in official documents, thus they are confirmed.

The full 9000 series lineup is likely to be officially introduced with 8-core SKUs, which are not present in the same documents yet.

Interestingly, the 9th Gen Core series are listed as 8th Gen Core parts, which might be found confusing. 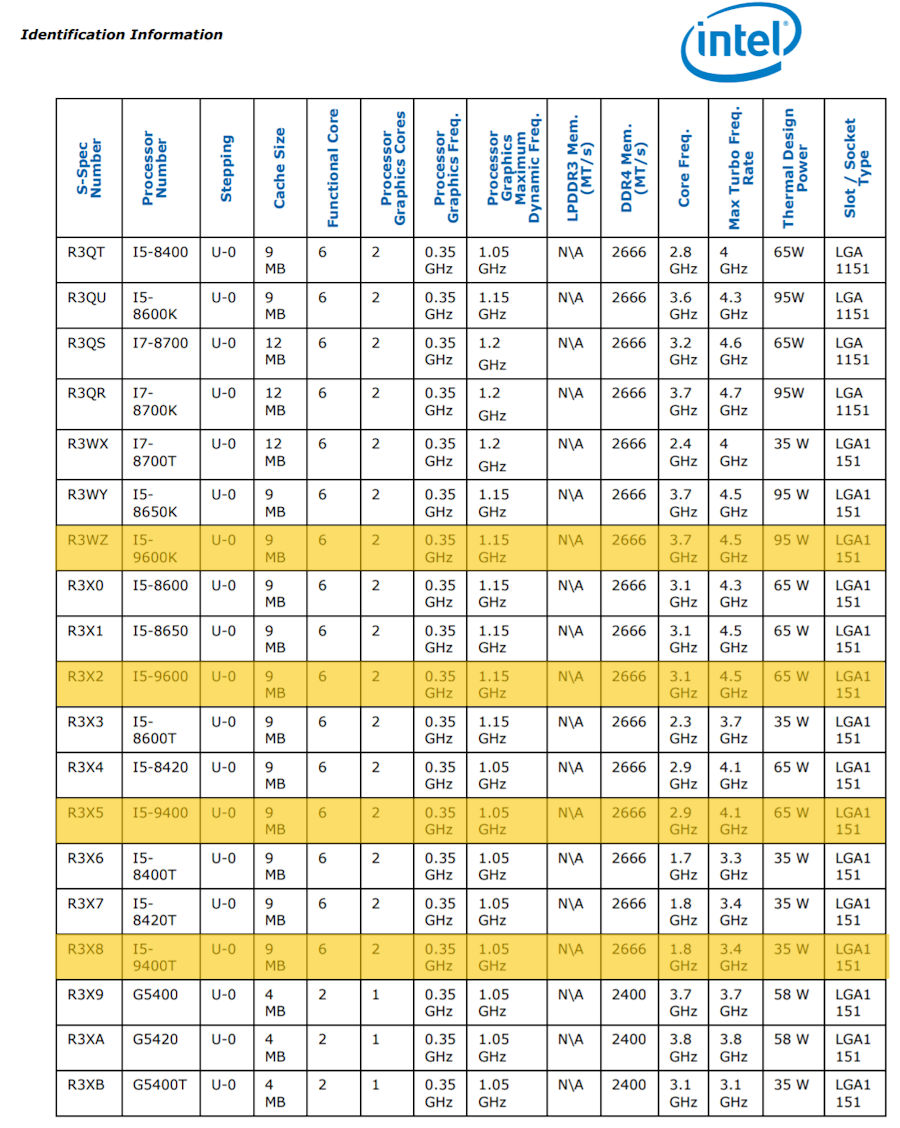 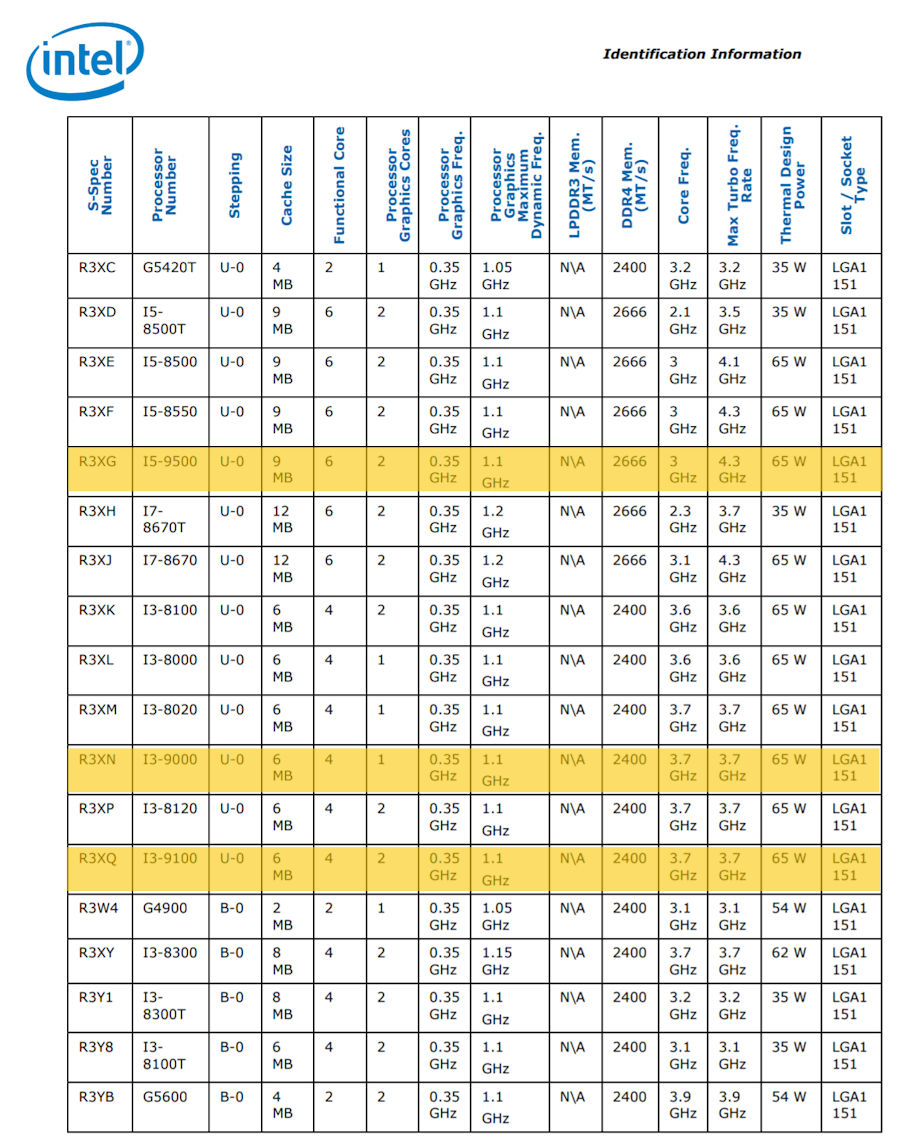