NVIDIA has updated its non-disclosure agreement for upcoming products.

NVIDIA only gave 2 days to journalists to sign new NDA. The document describes how confidential information should be used by journalists and other parties. The German website Heise.de, claims that the new document attacks journalistic principles. In fact, their legal team ‘has clapped their hands over their heads as they read the document’.

The new NDA does not refer to any particular product, such as upcoming GeForce. It does, however, outline how new products or events should be reported — and here’s the real problem.

NVIDIA’s new NDA basically says that any confidential information provided to the party must be used ‘solely for the benefit of NVIDIA‘. This could be understood in many ways, but for a journalist sharing confidential information does not always mean reporting in favor of the new product, sometimes it is the opposite. So does criticism break new NDA? Heise.de is worried this could prevent journalists from writing whatever they want.

Furthermore, new NDA also imposes 5-year expiration on confidential information. Journalists from Heise are concerned this could keep their mouth shut for 5 years should they decide to sign it.

The Heise.de team has decided not to sign the document. This will prevent them from obtaining samples for future products. 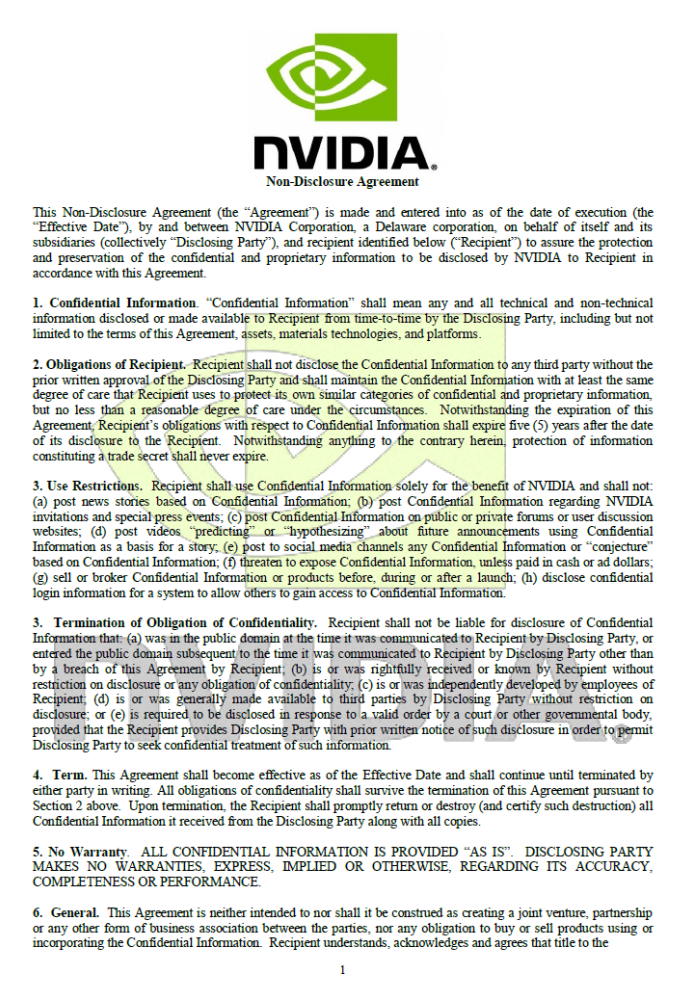 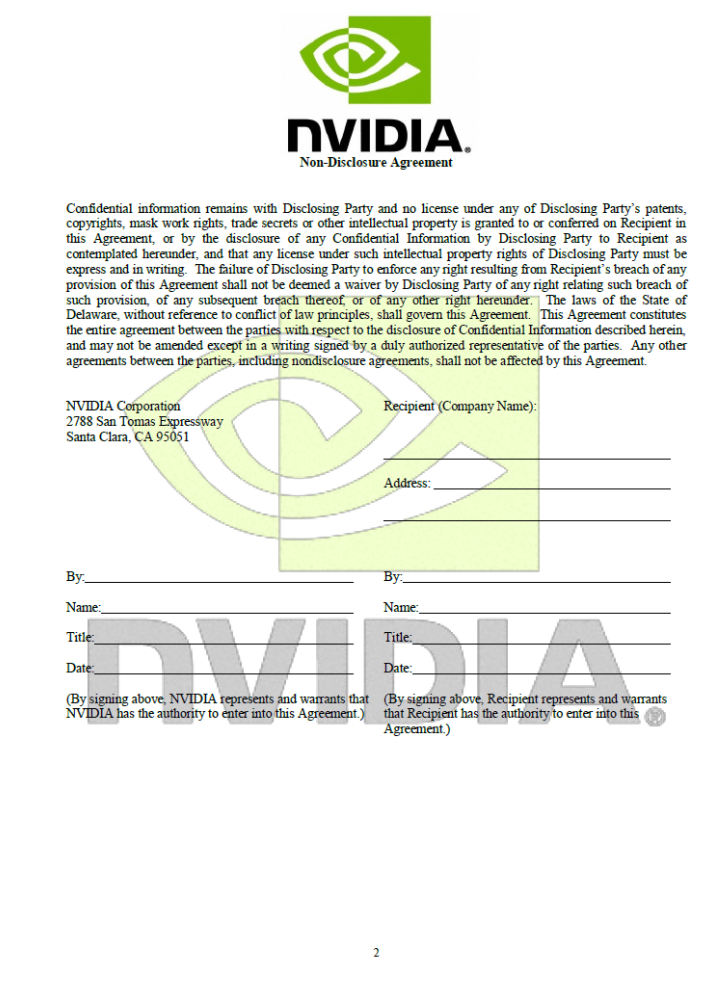