There has been a leak, a leak about a graphics card. Update: This story has been updated to reflect new findings.

A slide presenting yet unseen Radeon PRO V340 graphics card has been published by BenchLife. The slide was not part of the official press deck for 7nm Vega Computex announcement, so we have no idea where it came from (it could be real, but it could also be fake).

The Radeon PRO V340 is allegedly a multi-user computing solution for virtualized environments. It features 32GB HBM2 memory. Now here’s where the story gets interesting. There are three possibilities: this is either Vega 10 with 32GB HBM higher density stacks, it’s dual Vega 10 with 16GB HBM2 or it’s 7nm Vega 20 with 32GB HBM2.

Originally this story only focused on 7nm Vega as the original source did, but apparently, the PRO V340 is already present in the drivers. The card is codenamed: AMD686C.4 = “AMD Radeon Pro V340 MxGPU” which means multi-GPU solution.

The slide is not very detailed but it does mention shared hardware encoding for H.265 and H.264 codecs. On top of that, we have a ‘security processor’, but the slide does not explain the purpose of this device.

We have not really seen many Radeon PRO products for virtualization recently. Those cards lack display outputs and cannot be used as desktop graphics cards. 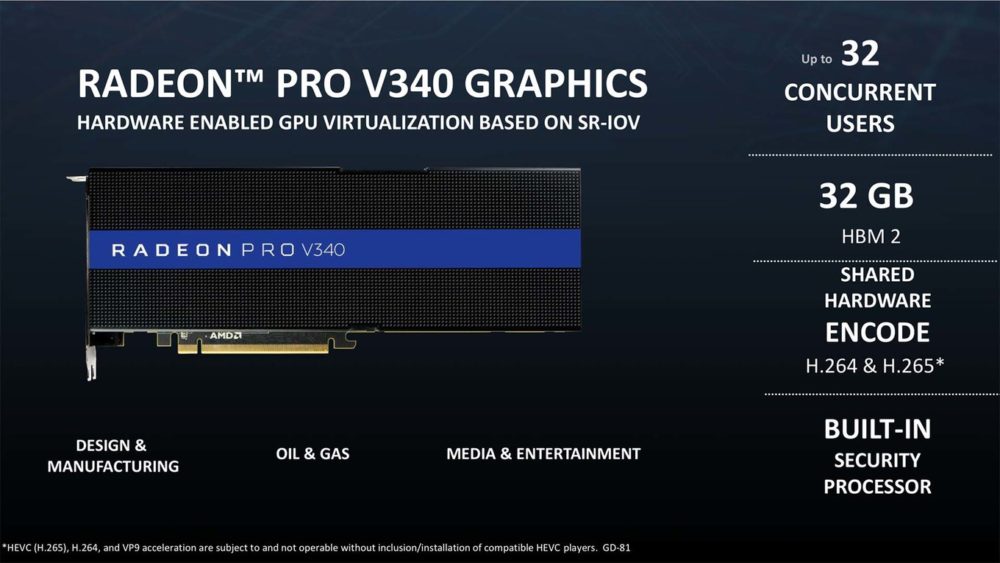 You can also find Radeon Pro V340 at GFXBench: 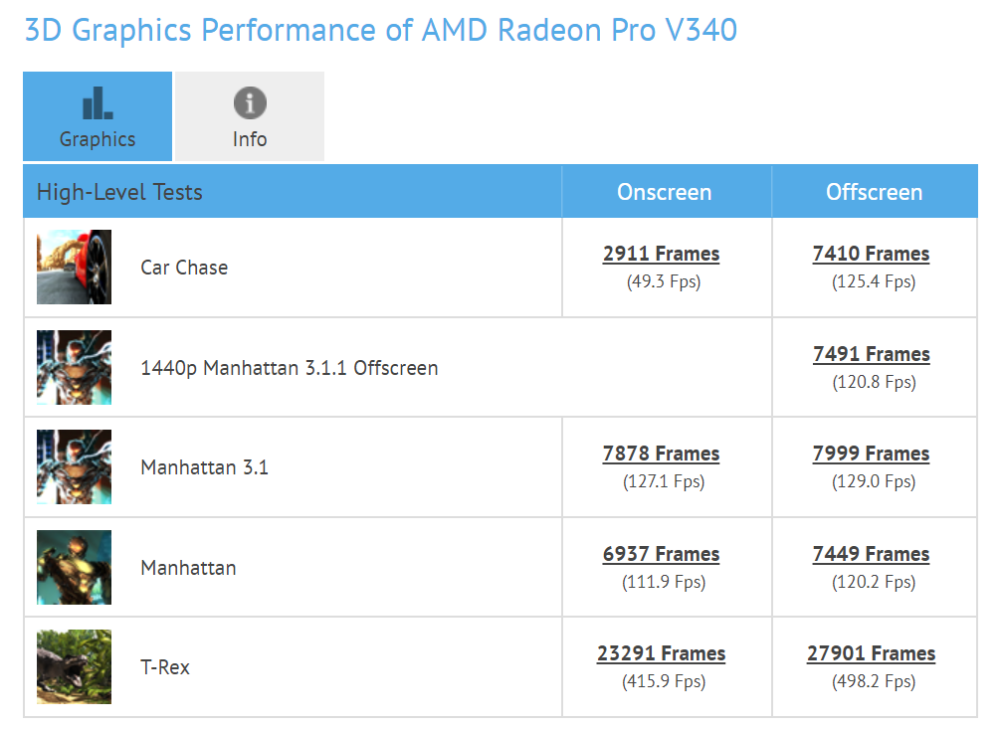