Intel updates PCH datasheet with 300 series chipsets, including the Z390.

The Z370 chipset is commonly considered a rushed product delivering questionable differences over Z270 motherboards. In fact, Flex I/O lane specifications are mirrored for both chipsets. Officially Z370 only support Coffee Lake processors due to differences in the LGA1151 socket. Has Z390 delivered more changes to Intel’s Lake family?

Technically yes, the Z390 has more differences over Z370, starting with USB 3.1 Gen 2 support. The lane specs are different too, but the number of them has not changed.

Intel has not really made any official introduction of the new chipset. We are only finding this by browsing Intel website, which is quite odd. However, this could mean that Computex Z390 showcase might actually happen. The previous embargo date was set to September, but the recent announcement from AMD could have affected those plans.

The following chart is a comparison between Z390 and Z370 lane specs. There was no point in including Z270 here since lanes are the same for Z370. 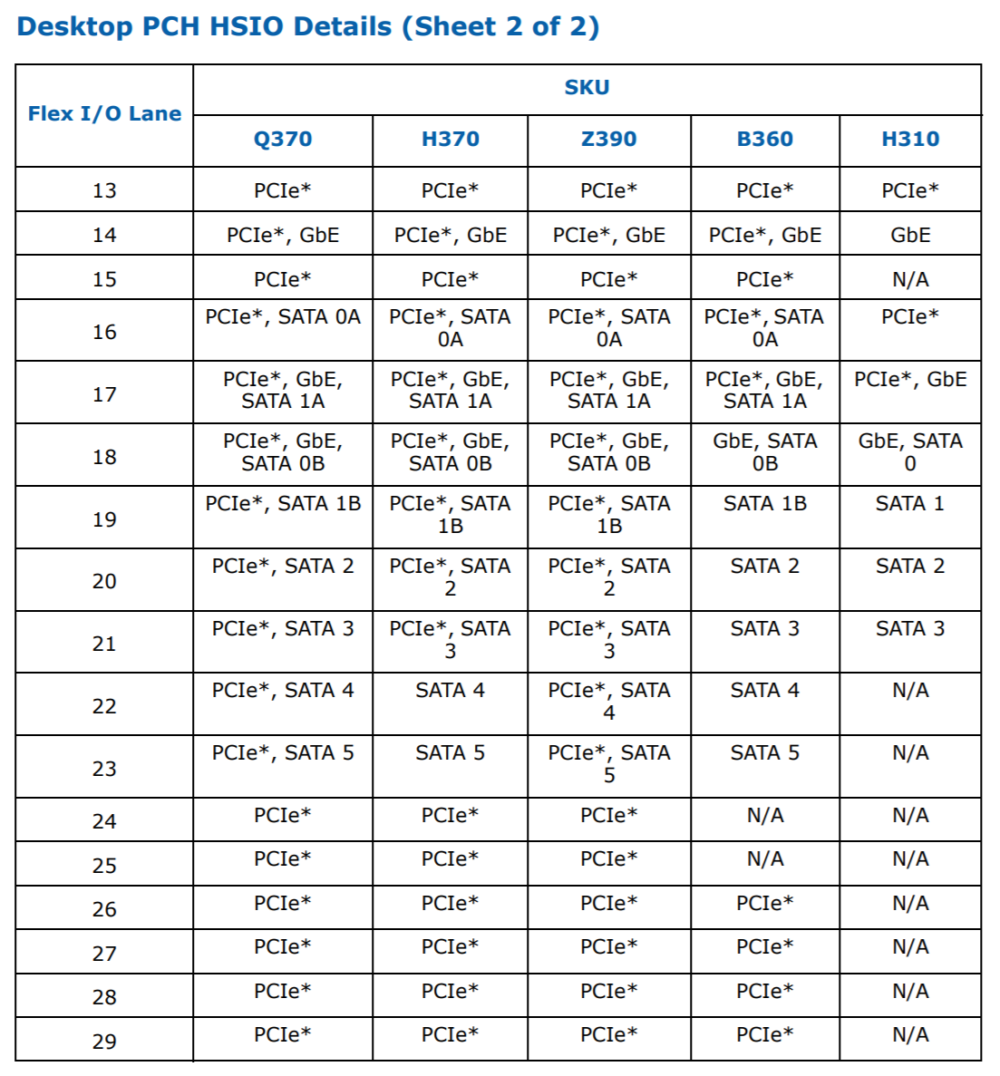 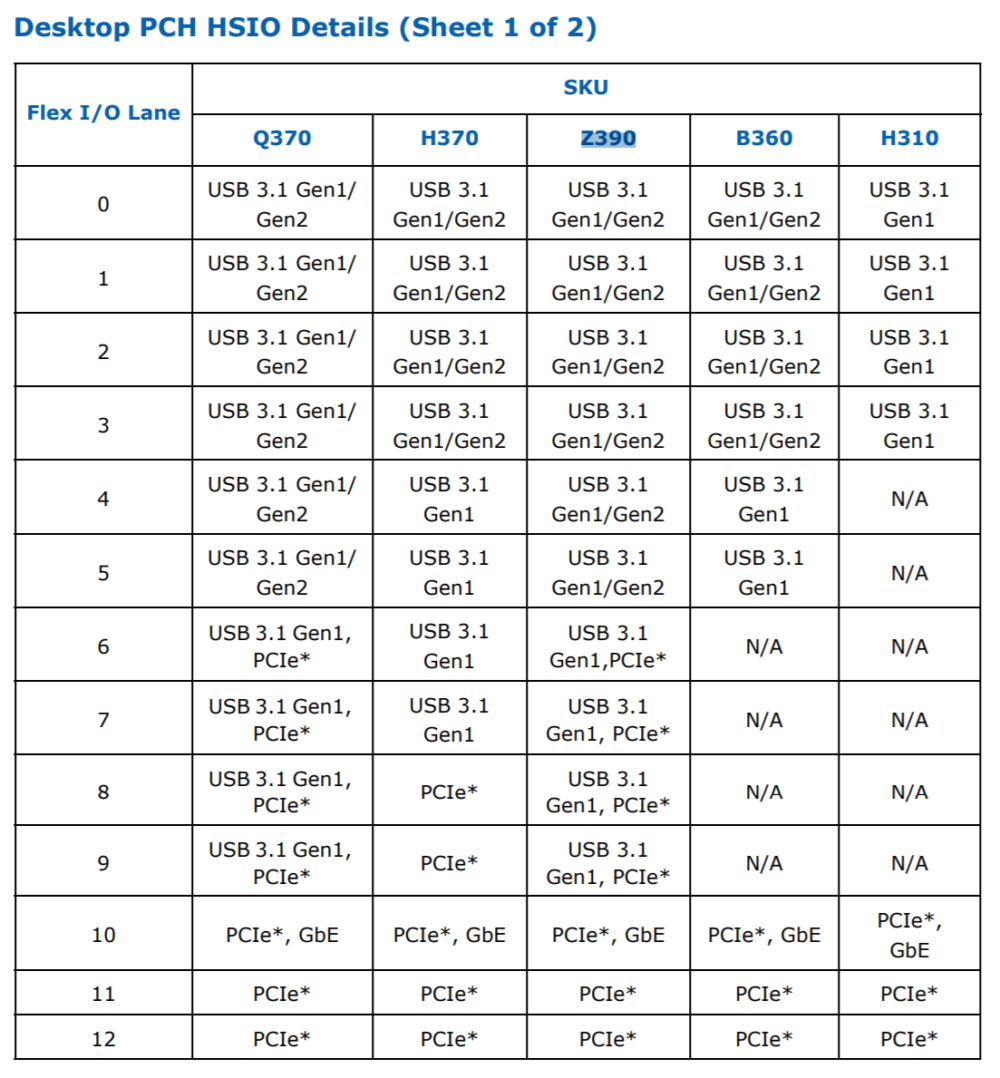 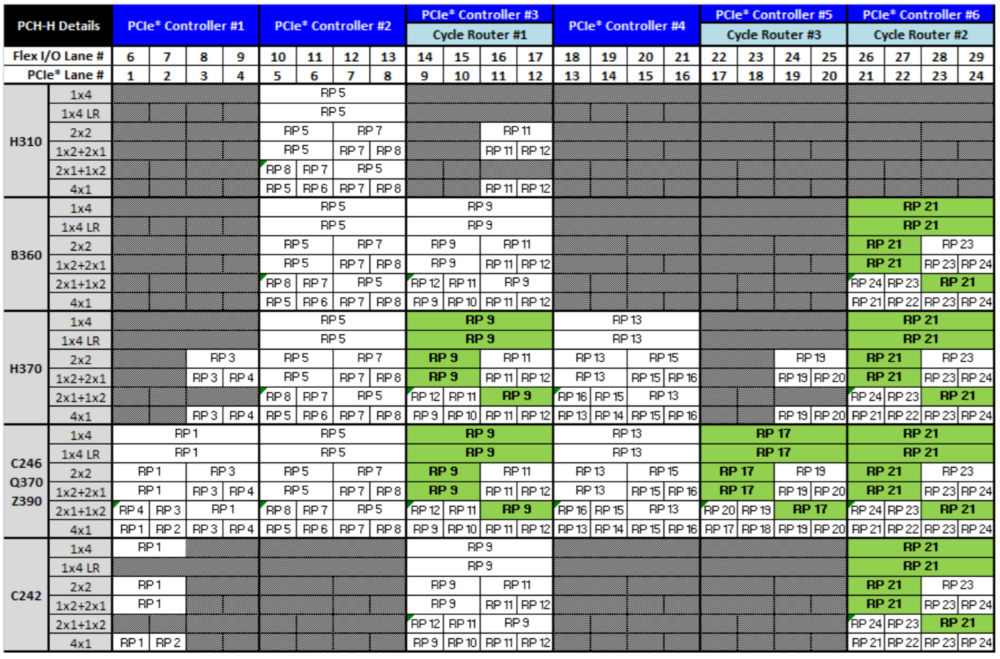 For comparison, the Z370 from 200-series datasheet: 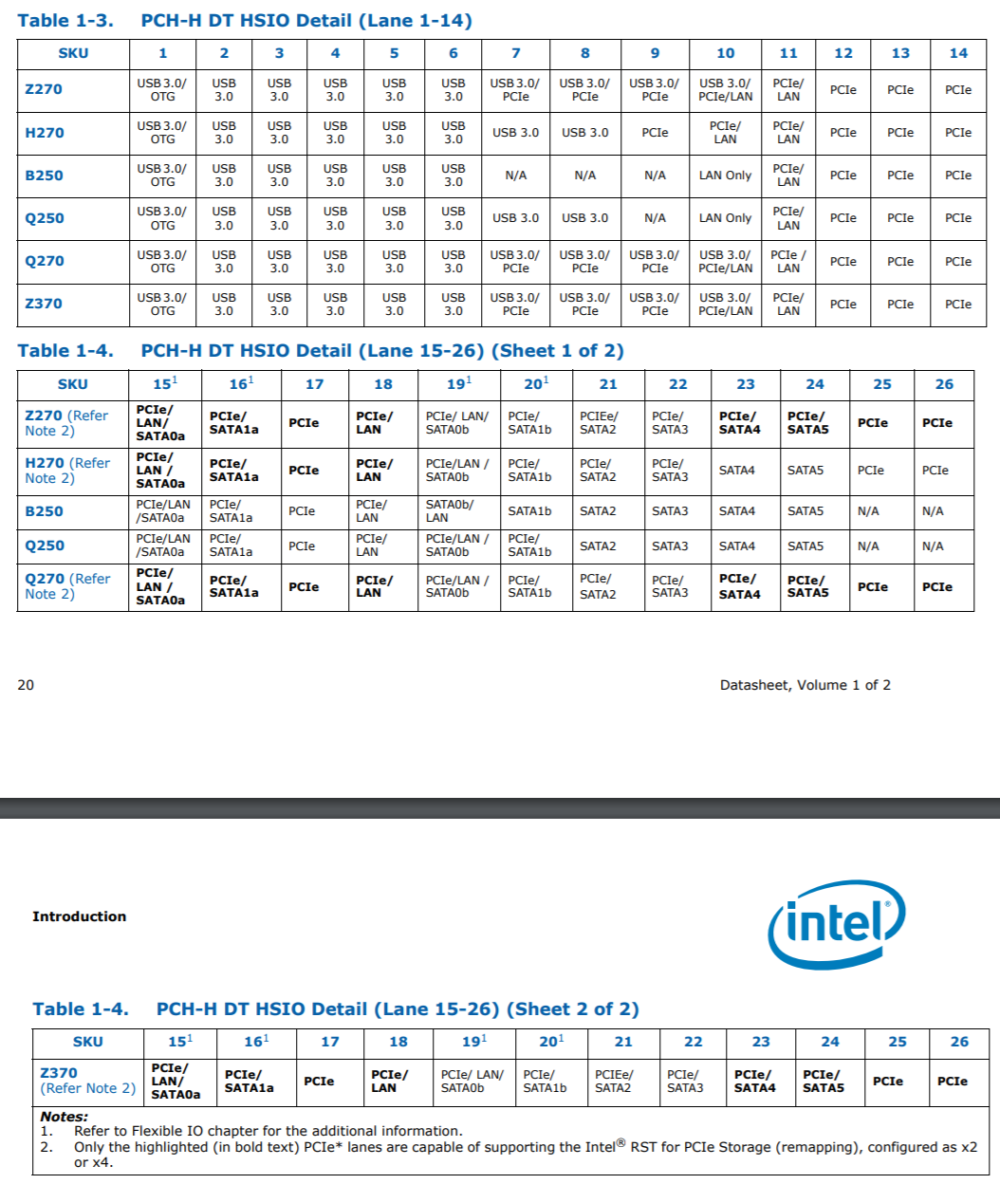