A die-shrinked Vega 10 has appeared in AMD labs last week, as revealed by the company on social media. Luckily for us, one of the employees was not careful enough and forgot to disable online result validation. This gave us the first result of yet unreleased Vega 20 graphics card.

The card used in this test is clearly an engineering sample running on early drivers. Officially AMD Vega 20 only goes into 7nm Radeon Instinct, which is a graphics card for machine learning, a card which even lacks display connectors. It shouldn’t really matter for us since Frontier, RX 64 and FirePro all share the same board design. The Vega 20 card that was tested by AMD could be a successor to any of those cards.

The Vega 20 graphics card will feature 32 GB of HBM2 memory, as confirmed by 3DMark listing and by our slides from last year. The device ID of 66A0 belongs to Vega 20, as confirmed by Linux display driver patches.

The clock speeds were obviously read incorrectly, but the same issue could be observed for Vega 10 before it was released (so yes, it does not mean it was running at 1000 MHz). The Vega 20 testing platform features Ryzen 7 1700.

Remember those are early results. We could be seeing much better scores in the coming days, or these could be the last scores we will see in the next few months. Impossible to say. 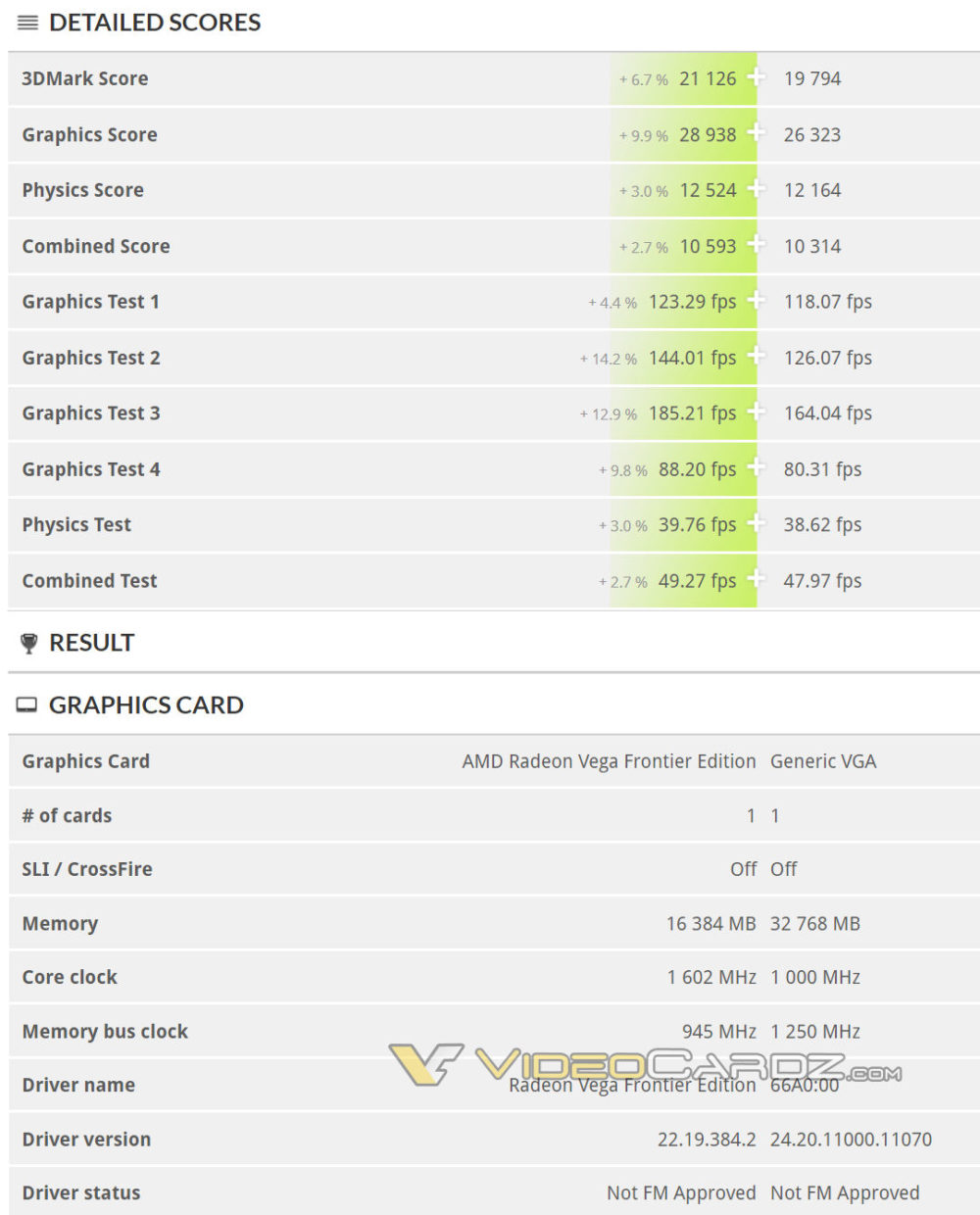