Not the graphics cards you were waiting for

AMD Radeon RX 500X series are OEM rebrands (think of Radeon HD 8000 series), which are using the exact same configuration as Radeon 500 non-X series. We can consider them as rebrands because AMD has not confirmed any changes coming to new series. Technically they are not even Polaris 3X.

The new Radeon RX 500X series are meant for pre-built PCs and notebooks, they will not be available elsewhere.

That said, we are looking at identical frequencies and memory configurations as Radeon 500 non-X series. 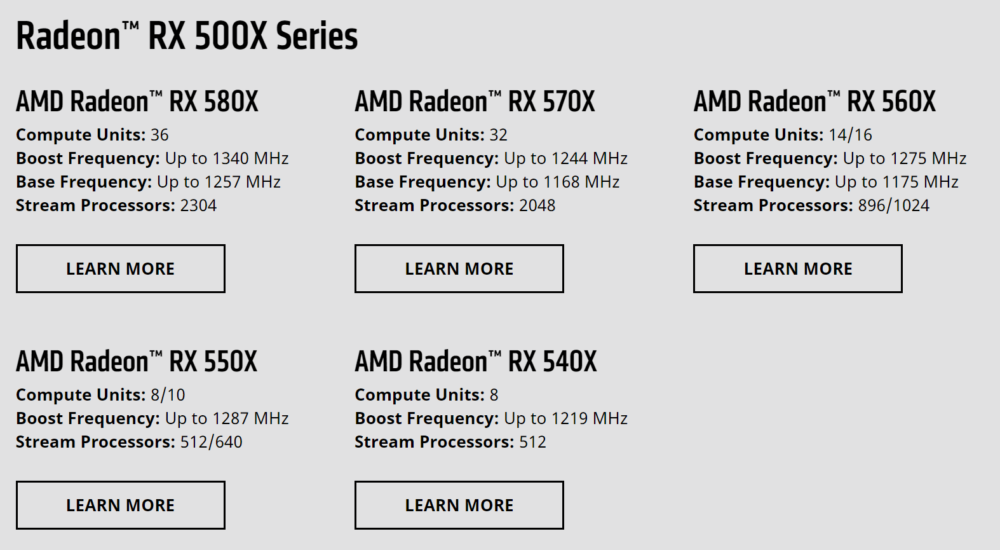