From Zen to Zen 5

In a promotional video marking the first anniversary first Ryzen products, a chief architect of “Zen” architecture has revealed that he and his team are already working on a Zen 5.

We are just 10 days before Zen+ officially reaches the market, but AMD is clearly not stopping here. So far, we only knew about Zen 2 and Zen 3, both 7nm architectures. The Zen 5, which is an internal codename (subject to change) would be a fifth installment in the x86 Zen microarchitecture (that’s because Zen 4 has never been mentioned and Zen+ took the spot of second-generation Zen).

As a side note, manufacturers often skip 4 due to its meaning in Chinese culture. It’s an unlucky number because it’s homophonous to the word ‘death’. Something that AMD surely does not want to be associated with Zen architecture. 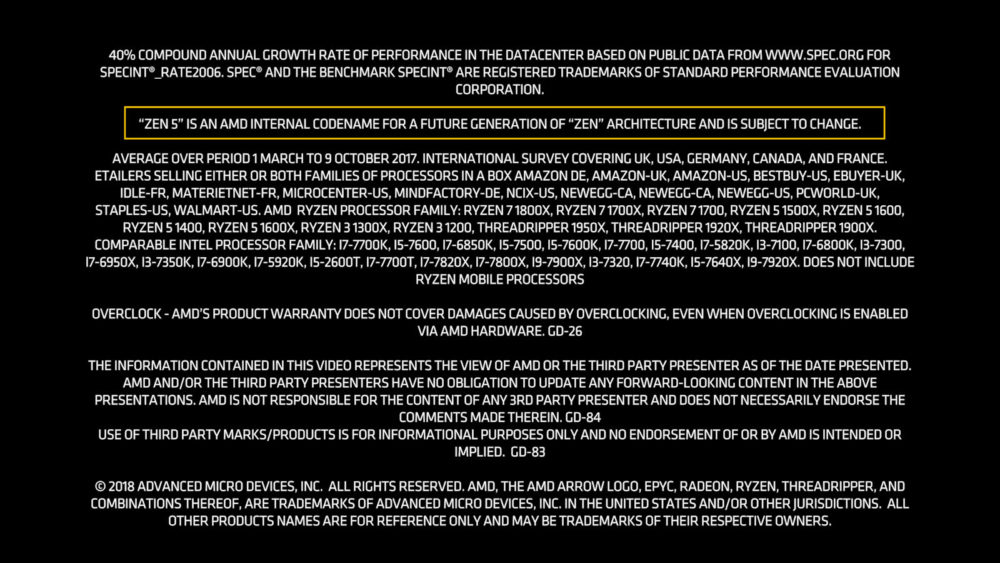