According to PowerColor representative, the Radeon RX 500X series are OEM rebrands. If that’s true there won’t be any custom Radeon 500X graphics cards:

The official AMD website tricked to display unannounced product names has indirectly confirmed a rumor which originated at TweakTown.

According to the original story, AMD is set to announce Radeon RX 500X series, which are a refresh of a refresh, based on Polaris architecture. The new series are allegedly 5-6% faster than current series.

By changing the hyperlink to AMD desktop graphics database we can find a listing of Radeon RX 500X series. What’s important here, is that this does not work for all fake URLs, just for those which are already in the database (for instance, a generic result is returned for RX 600 series).

Not only that, the HTML source code returns the names of all products which are in the database, and this lists features:

AMD Radeon RX 580X already has its own sub-page

It is currently unknown what changes will be introduced to the third generation of Polaris architecture. It might be anything, from refined, matured fabrication process to new memory technology, such as GDDR6.

The 3DMark database already features entries dedicated to new series. The first graphics card to appear is Radeon RX 560X, which appears to be running at the same clock as Radeon RX 560 non-X — 1275 MHz. 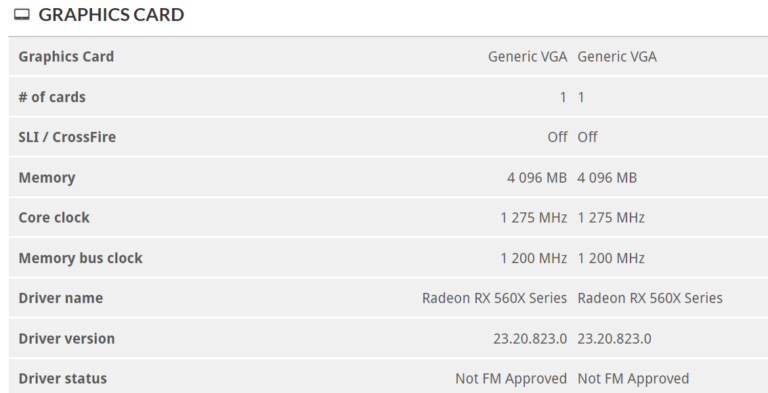