For now, this is just a rumor, but our information comes directly from ASUS. Apparently, ASUS will launch a new AREZ brand for Radeon series. These cards will not carry any ROG branding. In fact, they might even lose ASUS branding altogether.

The ROG series simply do not exist under AREZ brand. That said there are no AREZ ROG STRIX series, but AREZ STRIX. Same applies to other sub-series, such as Phoenix, Expedition and so on. These are called AREZ Phoenix or AREZ Expedition respectively.

Other companies such as Gigabyte and MSI have already started removing “Gaming” Radeon products from their websites. Gigabyte’s AORUS series are so new that the company has not yet decided how to name Radeon cards in the future. Meanwhile, MSI ‘hid’ all Radeon Gaming series from their website.

Those who remember dual-GPU cards from ASUS, may notice that ASUS already had ARES products. The only difference is the Z, which was probably borrowed from VideoCardZ.

This short chart illustrates the transformation from ASUS to AREZ for certain Radeon products. The codenames are real.

We asked you how would you feel about a new brand for Radeon cards (before telling anyone about AREZ series): 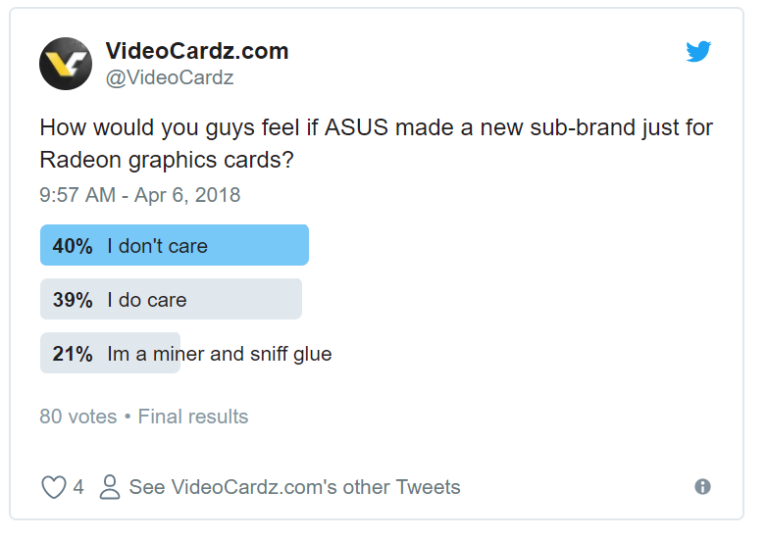