Still no trace of 8-core CPU though

The next two months will be filled with CPU and motherboard releases. Intel Coffee Lake platform will soon receive more SKUs, including Core i5-8600 (nonK), Core i5-8500, Core i3-8300 and at least five Pentiums and Celerons.

The launch of new SKUs will (finally) be accompanied by cheaper motherboards, such as B360 or H370. For Pentium and Celeron processor you may want to wait for H310 (the mainstream platform).

We are looking at 220-200 USD pricing for new i5 SKUs. The list of new SKUs and pricing (for BOX) according to Provantage:

It appears that Z390 motherboards and 8-core CPU are not launching with the new SKUs. The rumors circulating in the web are suggesting that Z390 may launch in Summer. It is expected to compete with Zen+ 8-core CPUs which are coming in April. 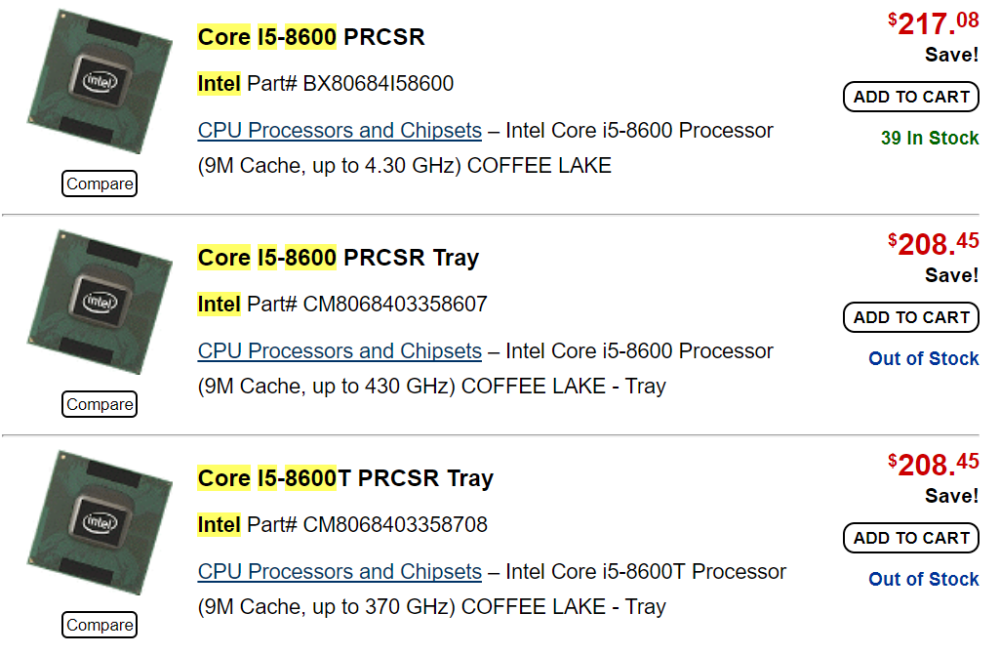