AMD has revealed the latest roadmap for Ryzen architecture.

The second generation Ryzen is set to launch late Q1 2018, according to the latest roadmap presented by AMD. AMD is also planning to launch Ryzen 3 mobile APU (Raven Ridge) in the first quarter. Business-oriented Ryzen PRO mobile APUs are also to be expected early next year.

Around March, we should be seeing first official information about 2nd-generation Ryzen.We can only speculate if next-gen Ryzen will adopt Ryzen 2000 codename or maybe, Ryzen 1xX0 instead, but since first Ryzen series processors have already been released for the mobile market, it’s very likely new series of Ryzen processors will be 2000.

It’s worth repeating that the Ryzen 2000 processor series are not based on Zen2 (the architecture). The new series are to use refined 12nm Zen+ fabrication node, which should further improve performance to Watt ratio, and likely unlock higher clock speeds. This is a tock rollout in tick-tock architecture roadmap. Another tick would be Zen2, possibly with Ryzen 3000. 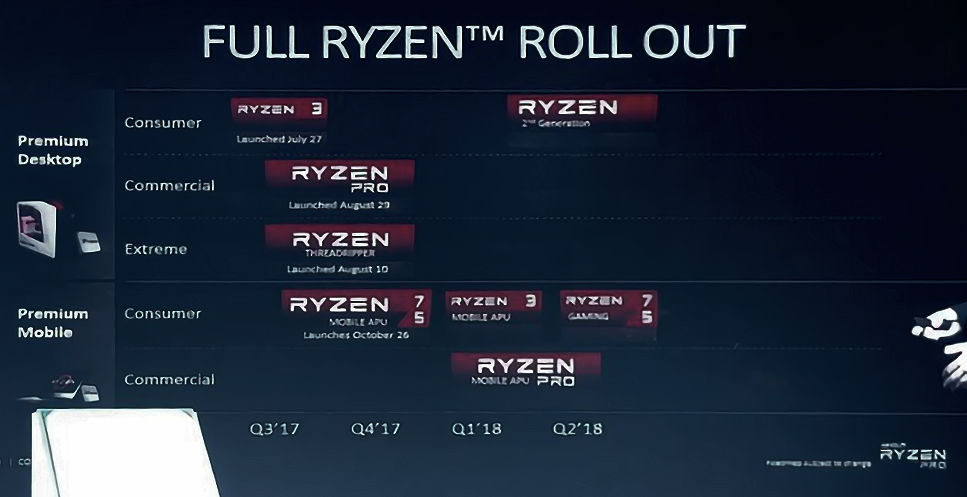