The Skylake-X architecture, Intel’s first HEDT series with 18-core consumer CPUs, will not be succeeded till Q4 2018. No detailed information has been revealed other than codename and launch schedule. The Cascade Lake-X architecture is allegedly based on 14nm+(+) fabrication node. It is considered a refresh of Skylake-X series on a refined node.

The roadmap confirms that Intel has no plans to launch Coffee Lake-S successor next year.

Gemini Lake system on the chips will be available later this year (between 50th and 52nd week). Those are 10W quad- and dual-core SOCs. 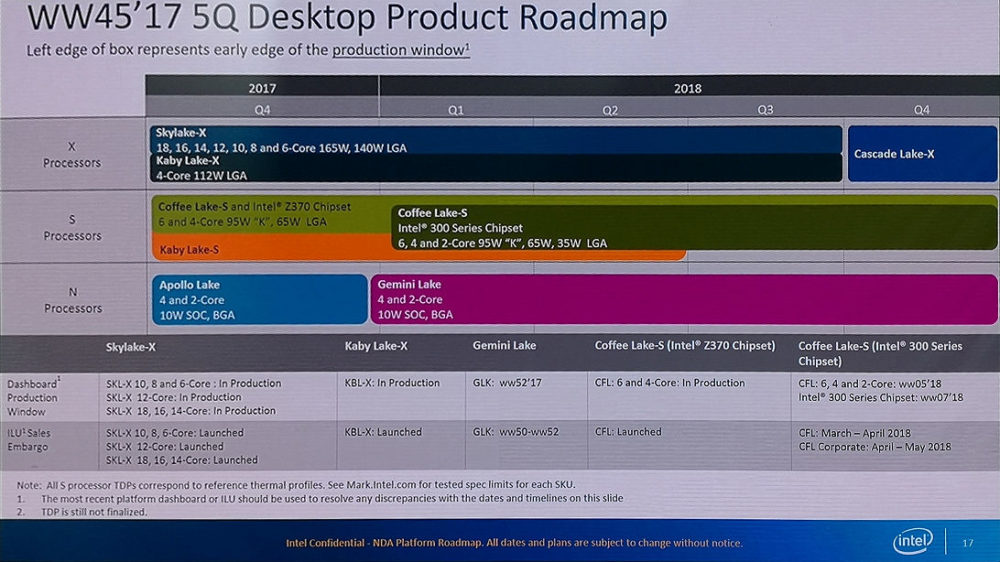