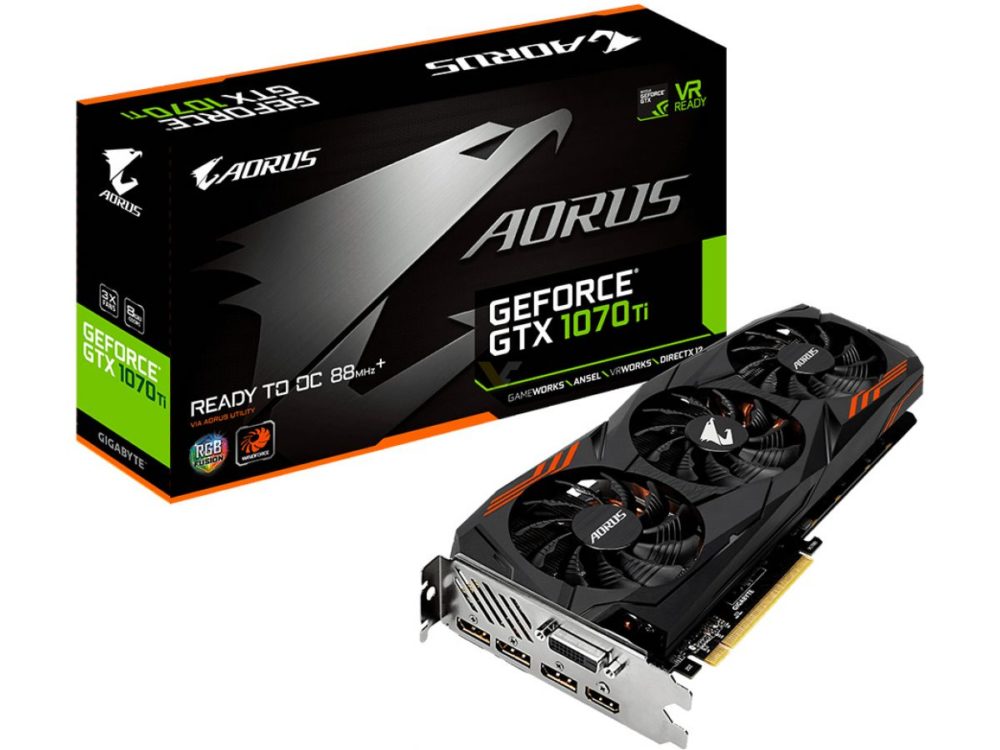 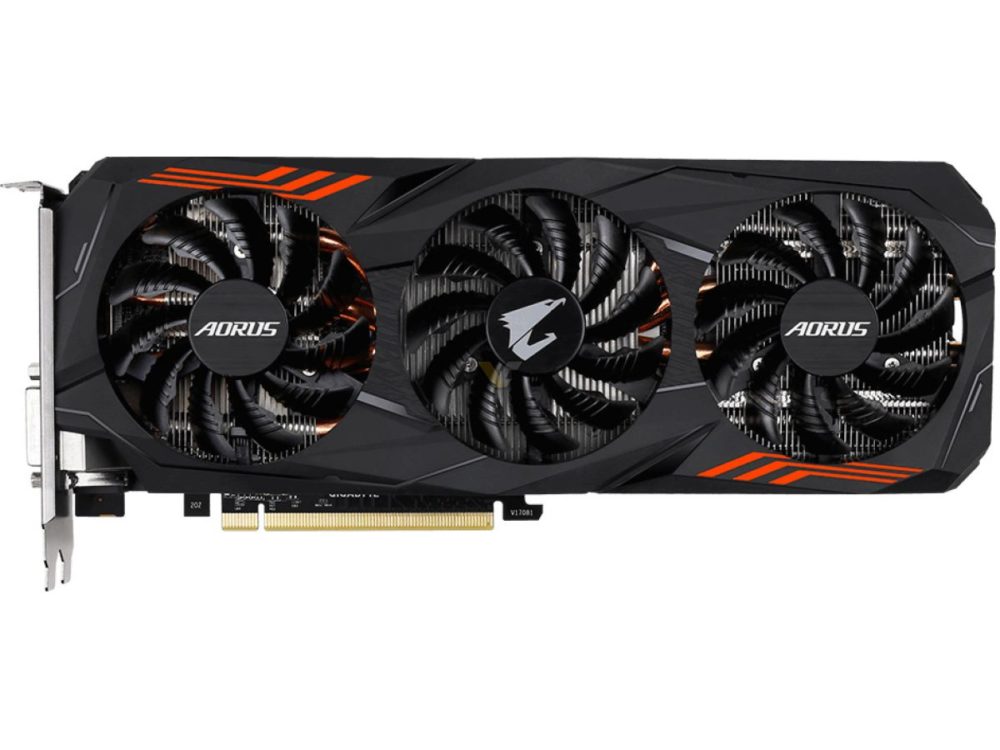 Similar to all GTX 1070 Ti models, this variant of AORUS graphics card is not factory-overclocked. It does, however, support one-click overclocking with AORUS Graphics Engine. In fact, Gigabyte guarantees this card will overclock by 88 MHz+.

When it comes to the card itself, it’s full custom design with 6+2 phase power design coming from a single 8-pin connector. It supports RGB Fusion, a technology for LED lighting (in this case it’s the AORUS logo on the side).

Guaranteed clocks are rather moderate, but at least you know what to expect: 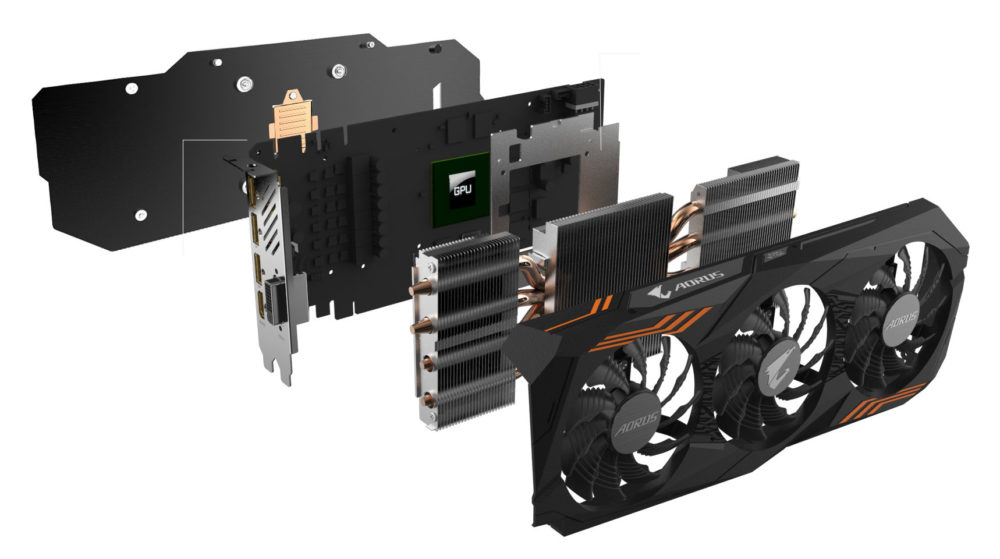