Guys over at HardwareBattle have an exclusive preview of yet unannounced custom Radeon RX Vega 64 model by SAPPHIRE. 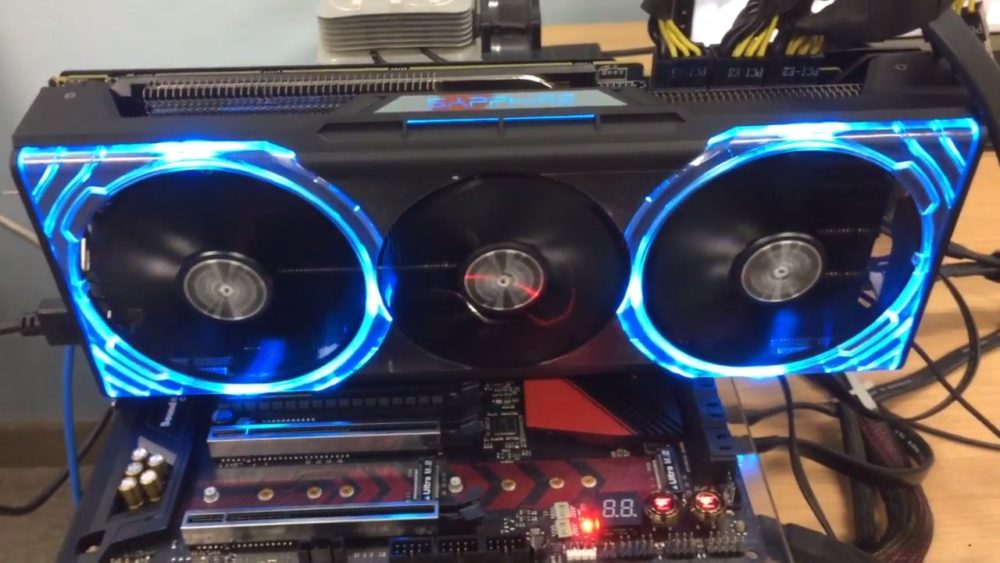 The two-and-half slot NITRO Vega is finally here. Our friends from South Korea today posted an exclusive preview of the new card. Please note though, the sample sent to HWBattle is an early sample, it does not represent the final product.

NITRO RX Vega 64 features triple-fan (2x 95mm + 1x85mm) cooler with LED lighting. This model occupies three slots on the motherboard, but the bracket is for two slots. Speaking of the I/O bracket, there is no DVI port on this card.

Each site of the card is LED illuminated (fans, the side and backplate). It’s unclear if the only available color is blue. NITRO Radeon RX Vega 64 comes with a VGA support bracket, this means that the card is likely heavy.

No final specs or launch date were shared. 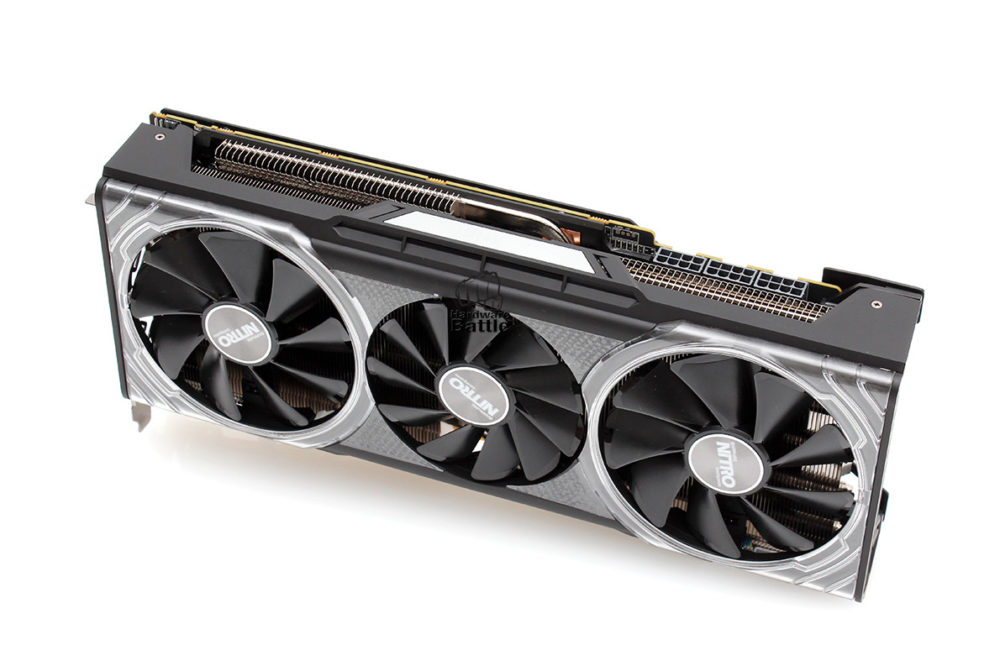 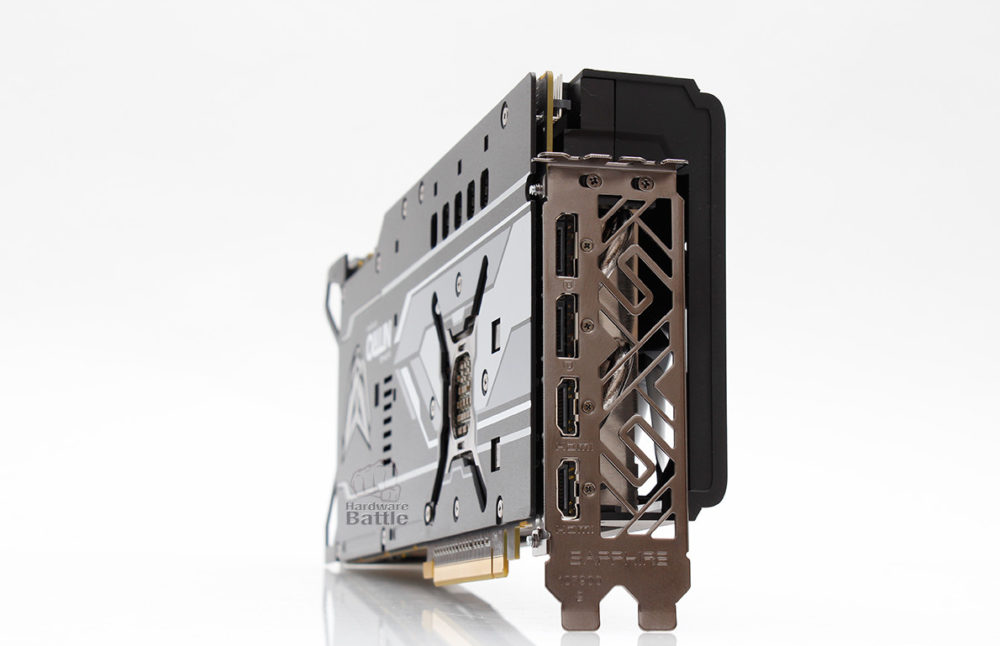 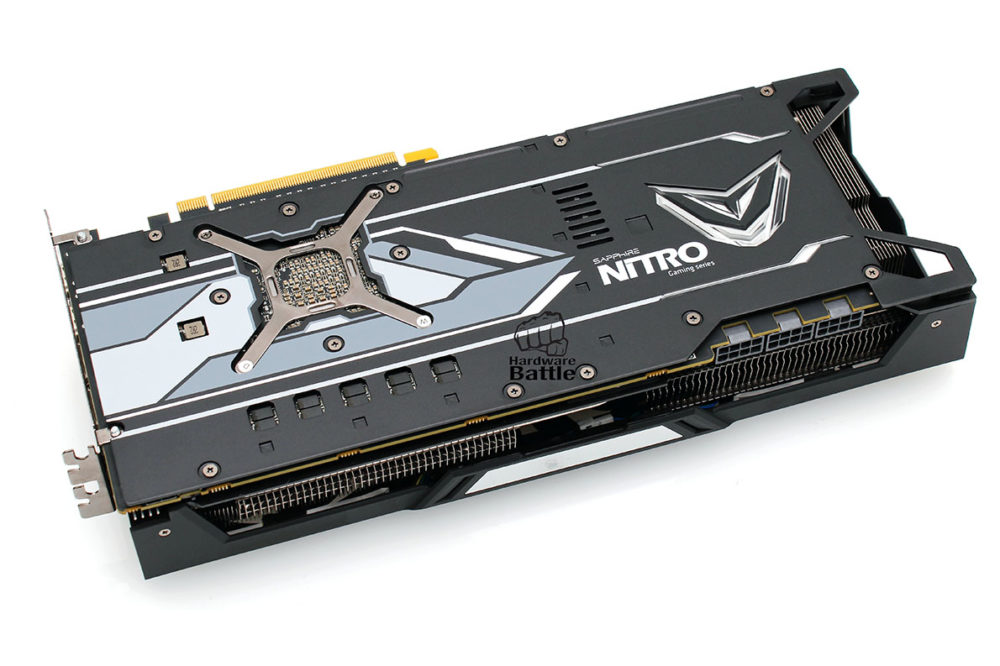 Unlike XFX’s custom model, this one has three 8-pin power connectors. It does not automatically make it better, in fact, the sample sent to HWBattle features reference clocks. The minimal gains in performance are only due to better cooling.

[Edit] We were asked by HWBattle to remove the charts, as they were misleading (final product will have higher clocks). However, if you still want to see the chart, click here.