The Collector’s Edition of TITAN Xp will be available tomorrow for preorder for the same price as the original TITAN Xp. 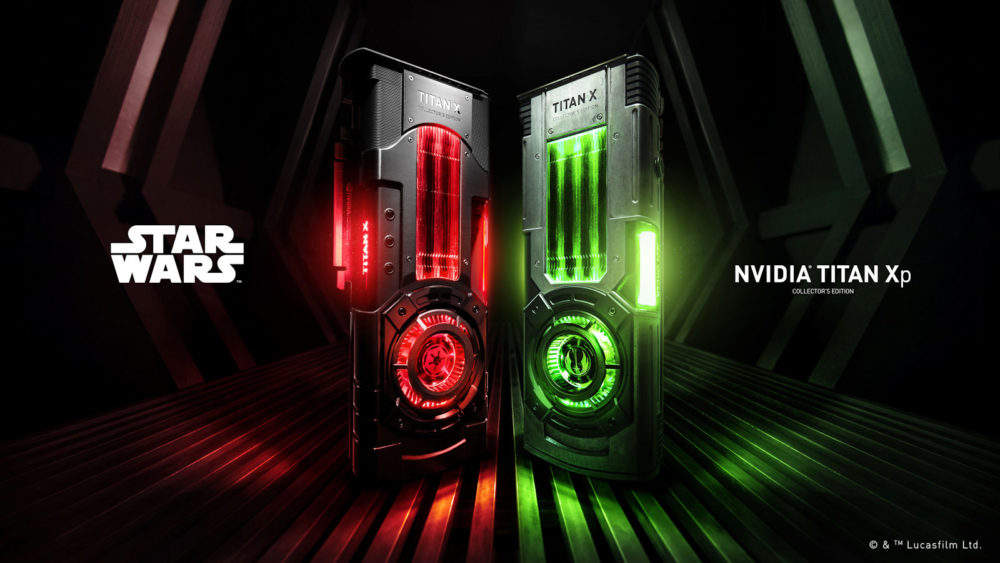 The new card will be available in two variants: Jedi Order and Galactic Empire editions. Star Wars-themed cards will go on pre-order tomorrow exclusively in NVIDIA store. Interestingly the price has not changed from original TITAN Xp and each card still costs 1200 USD.

The Collector’s Edition comes with the same GPU configuration as the original. It ships with GP102 GPU with 3840 CUDA cores, 12 GB of GDDR5X memory clocked at 11.4 Gbps.

The Jedi Order edition has green lighting, while Galactic Empire has red. The design of the shroud imitates lightsabers.

Both cards are coming in premium packaging finished with translucent windows. 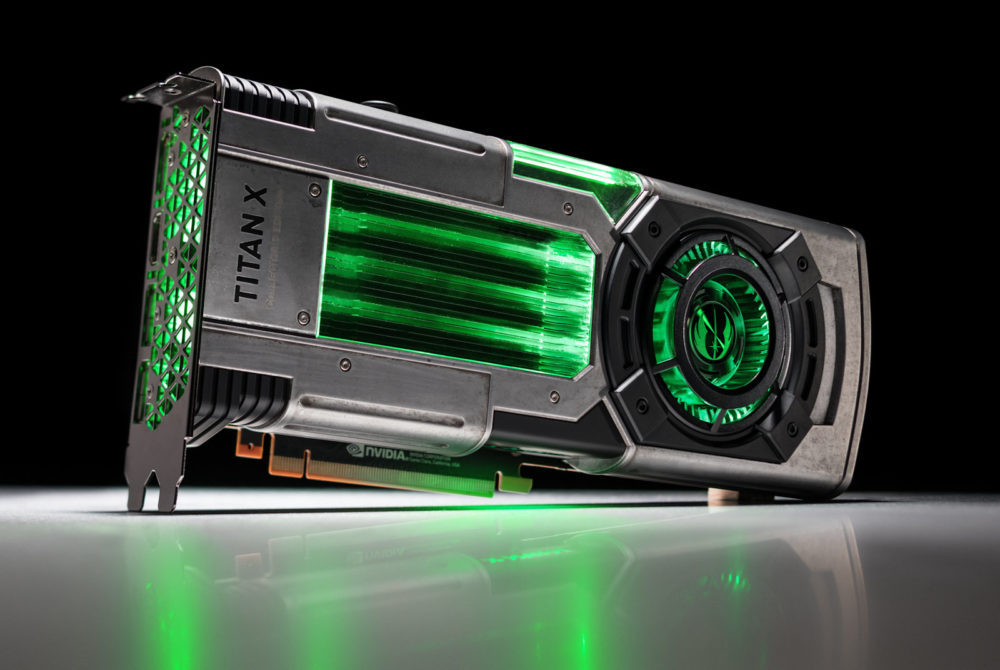 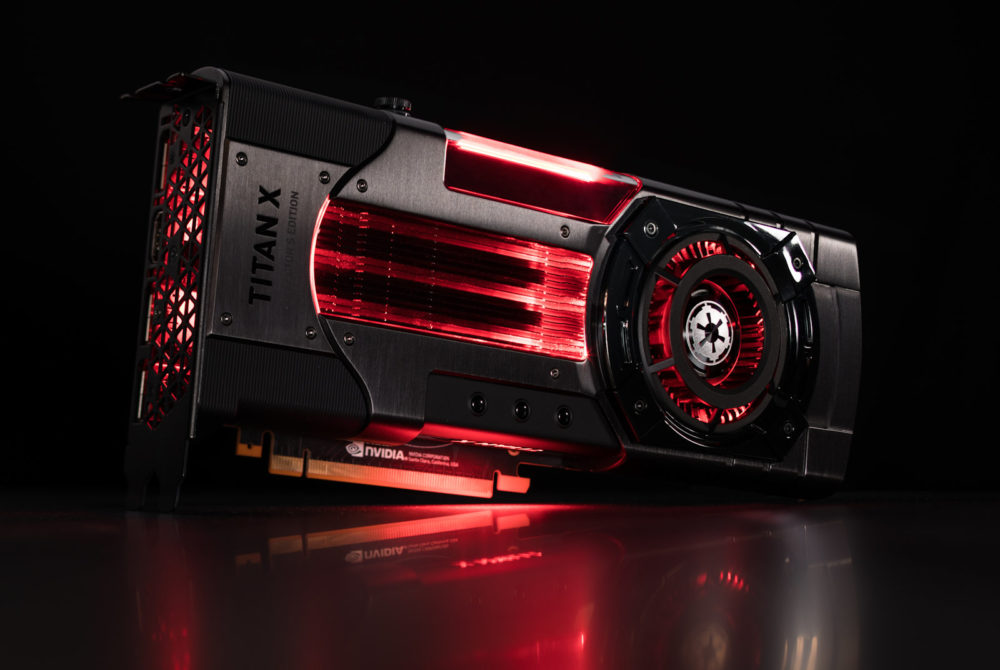 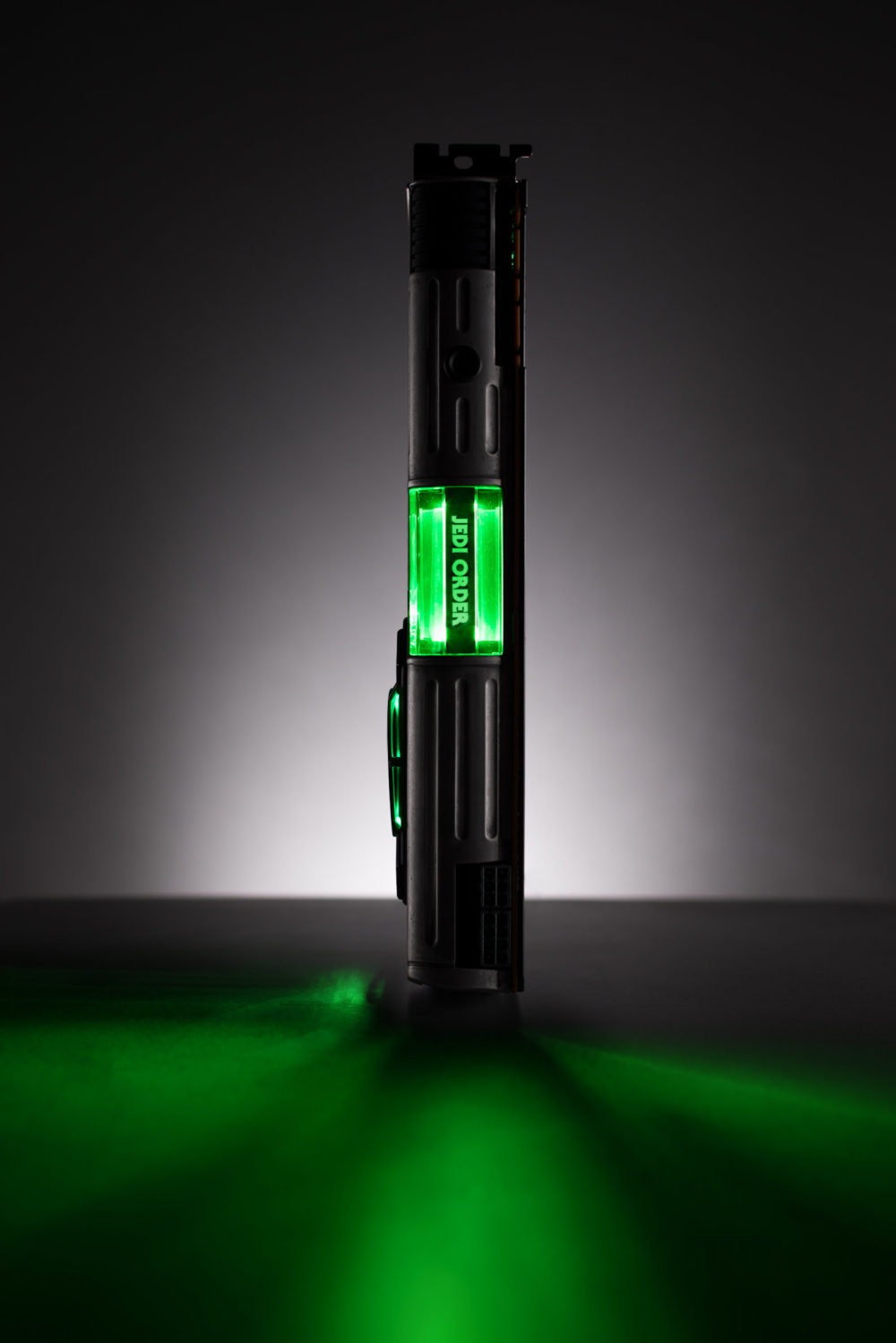 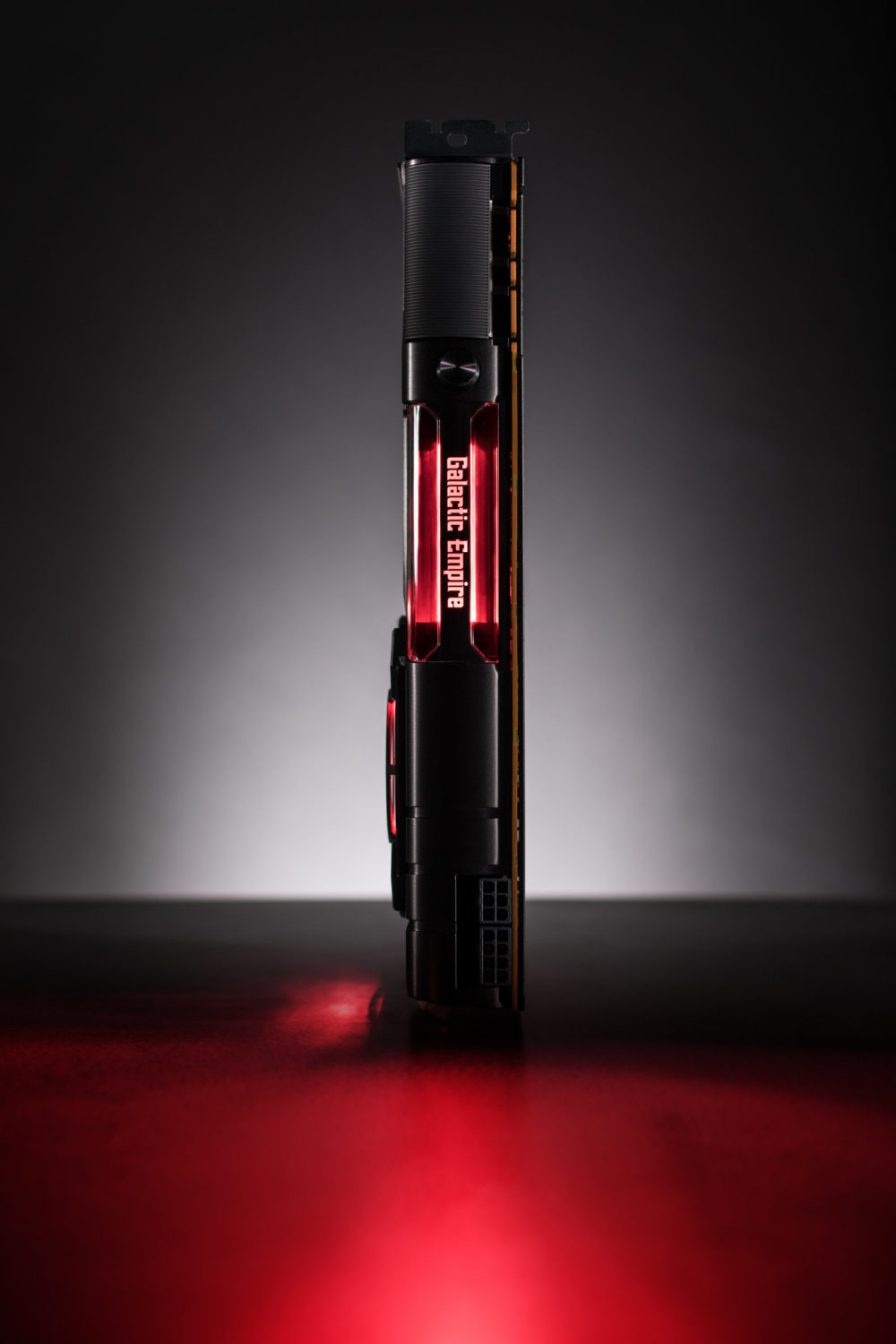 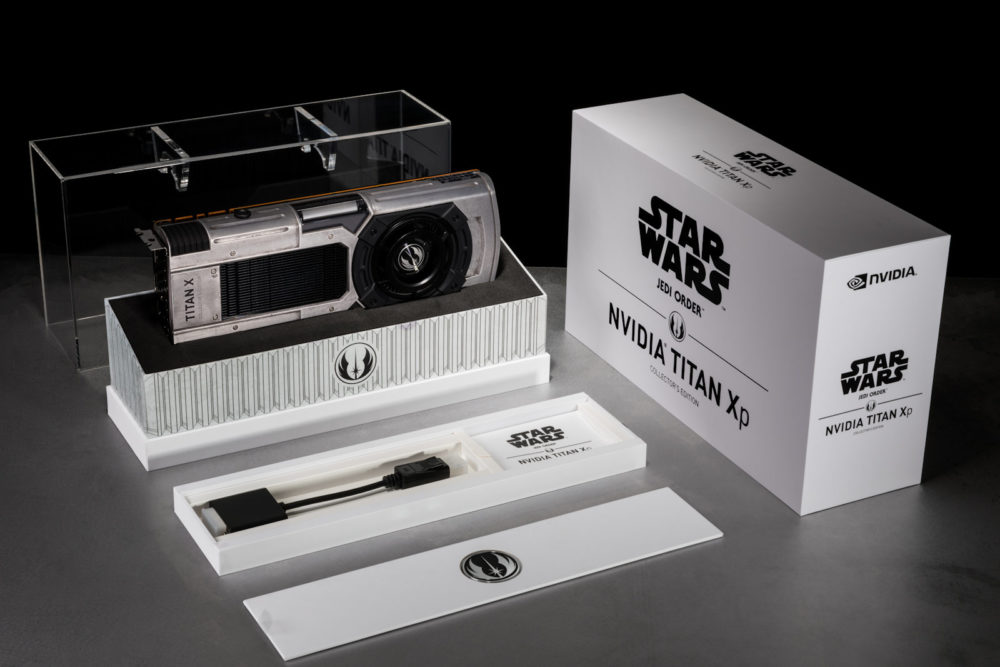 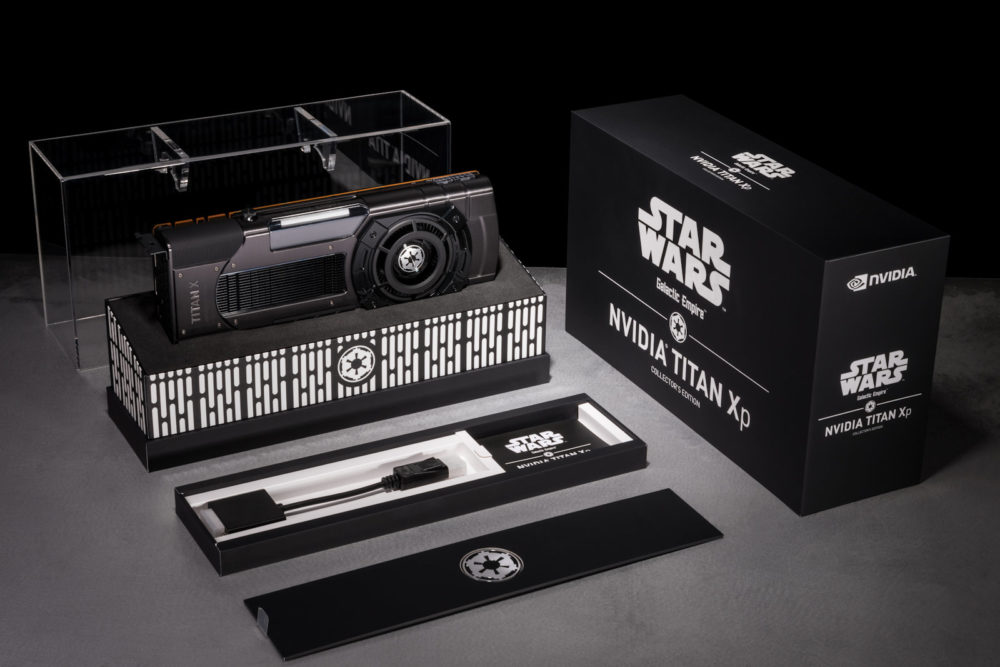 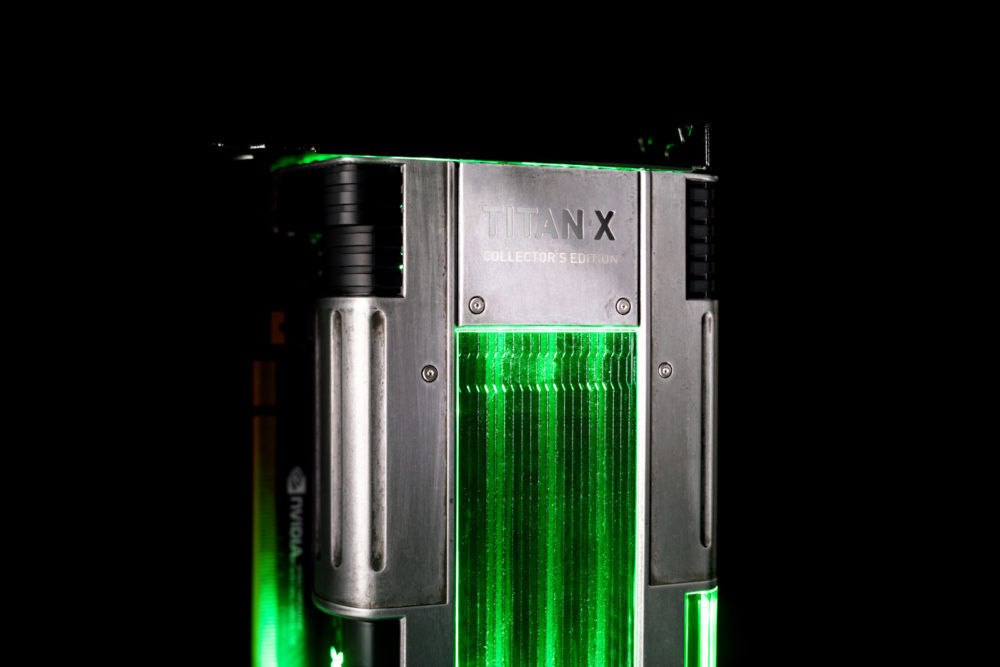 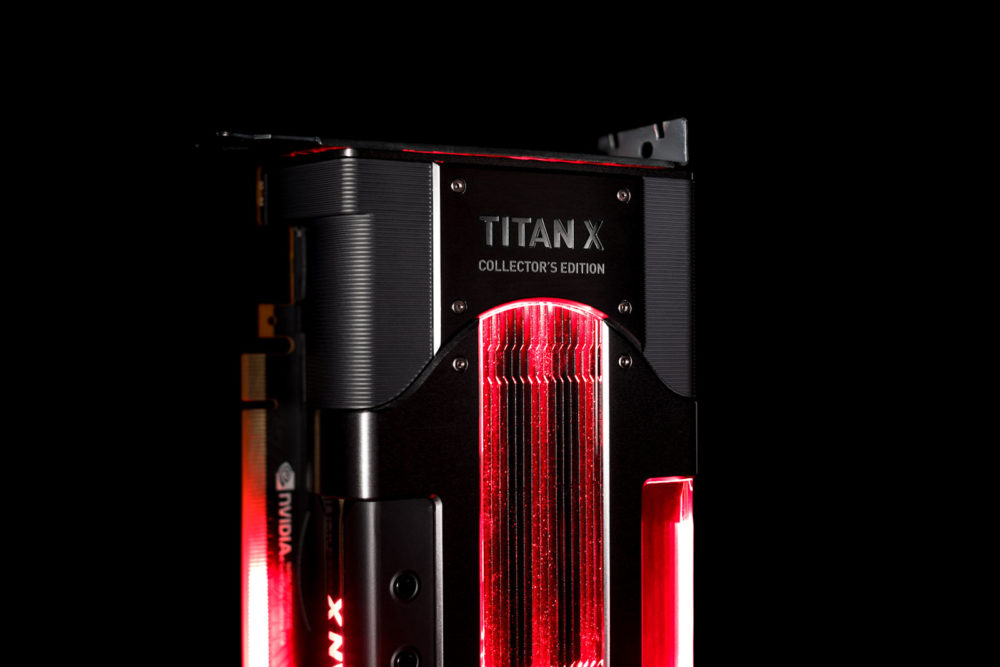 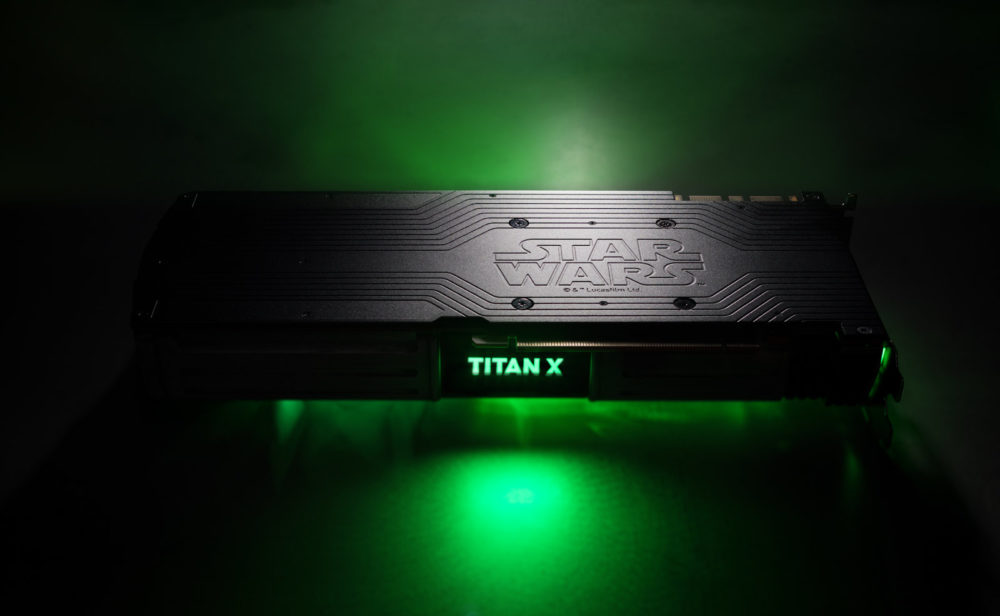 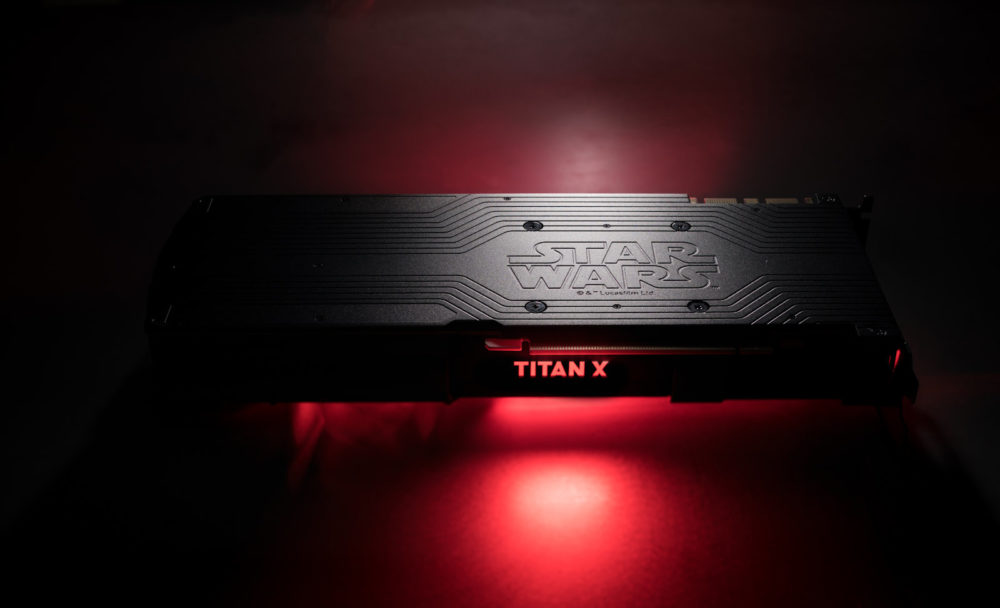