As you probably already know GTX 1070 Ti performance benchmarks cannot be posted before November 2nd. Reviewers are not allowed to talk about it, but board partners apparently are.

I already mentioned that ASUS is the only board partner to officially declare non-reference boost clocks for their new GTX 1070 Ti model. Those frequencies are only achievable with GPU Tweak software, in other words, you need to manually change the profile to see the same performance. That’s because NVIDIA does not allow AICs to ship GTX 1070 Ti with higher frequencies. The solution is to provide easy profile selection in their overclocking software or let users do this manually.

I think a deeper analysis of those numbers is rather pointless. Since I’m not a fan of performance charts starting from non-zero values, I made my own chart with the same values. 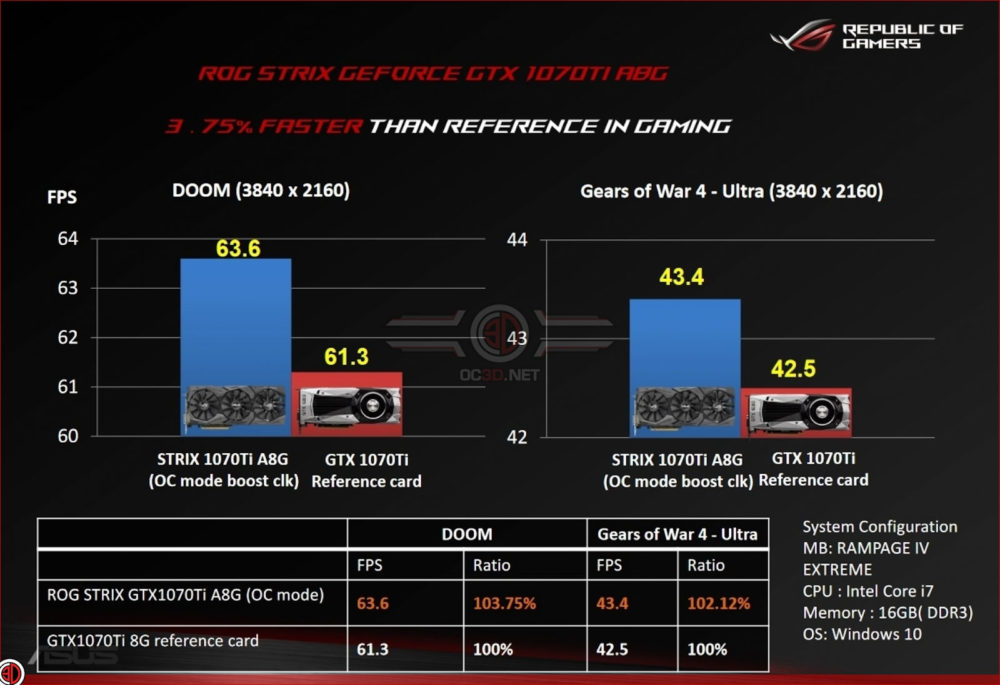 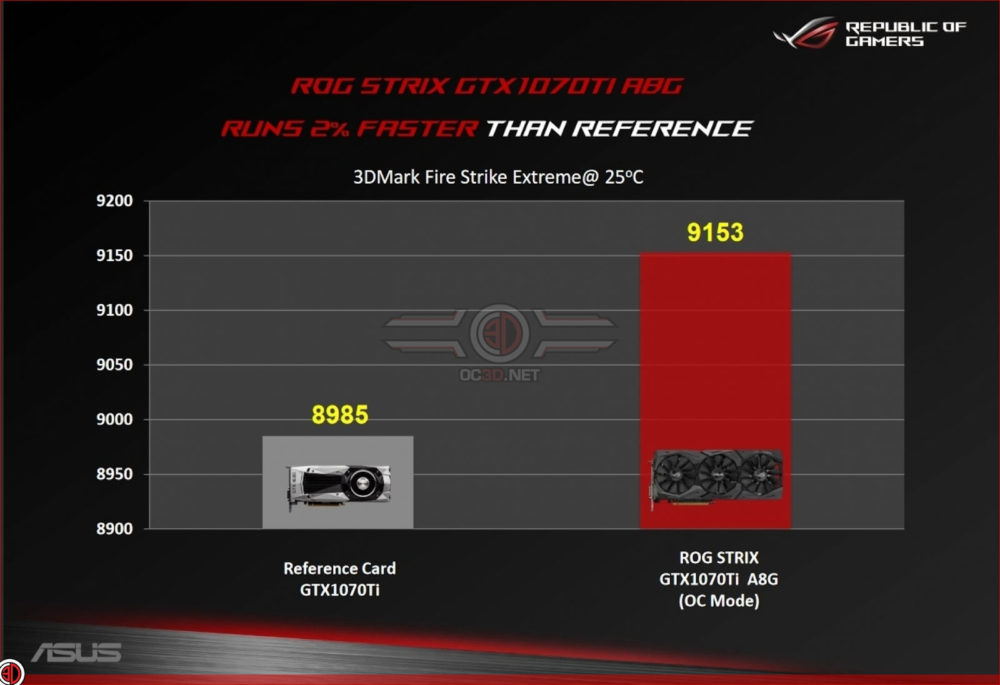 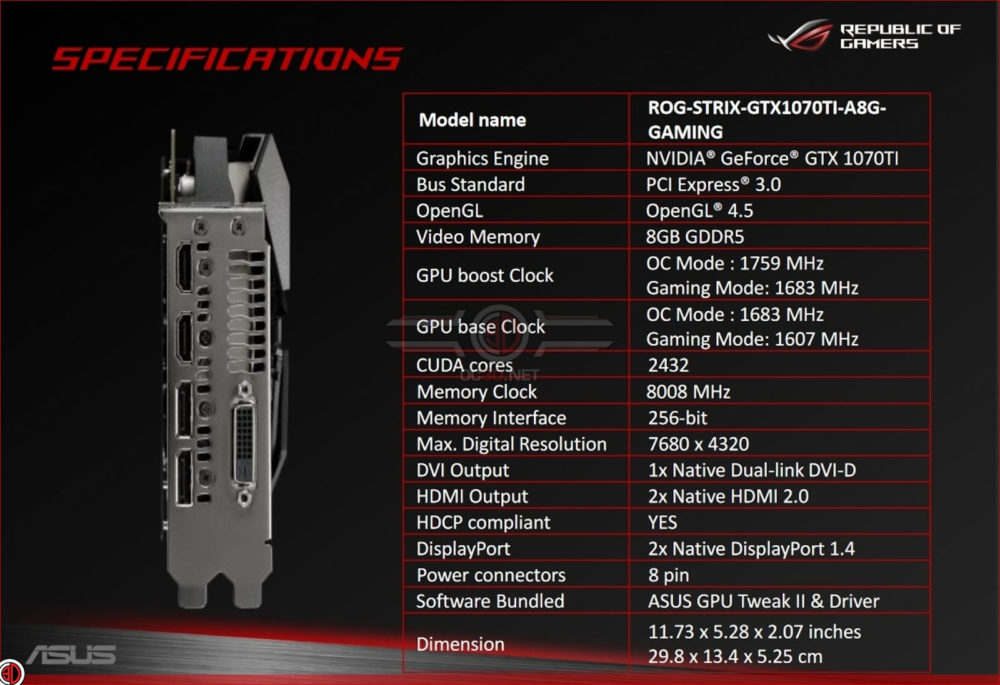