We have first pictures of an upcoming custom model of GeForce GTX 1070 Ti.

You might have seen this design before. It actually dates back to G1 Gaming series (pre-AORUS era). This model has the same shroud as GTX 1070 G1 Gaming, but a quick comparison reveals that 1070 Ti Gaming has shorter PCB and a new heatsink.

As the product name suggests, the GTX 1070 Ti Gaming is not factory-overclocked. We don’t know what the clock speeds are yet because the product is still in development.

The 1070 Ti Gaming is equipped with a single 8-pin power connector, five display outputs (DVI + 3xDP + HDMI), triple-fan and dual-slot WindForce 3X cooler and a backplate. The ‘Fan Stop’ logo on the side indicates that the card will not use the fans unless certain temperature is reached. 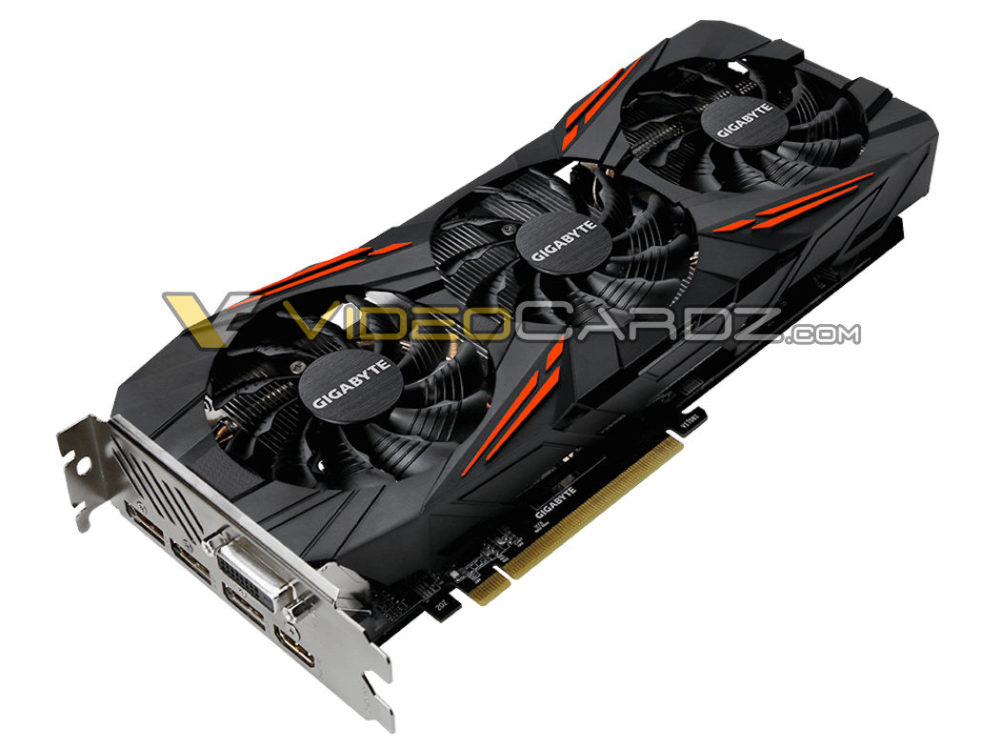