The GAMING X with Twin Frozr VI cooler is definitely one of the best 1080 Ti on the market. The 2.5-slot design, a massive Twin Frozr cooler and aggressive clock speeds have surely made it a popular choice among enthusiasts. Unfortunately, the problem GAMING series lies in the color design. The red brand of GAMING series is somewhat exclusive to MSI now. No other manufacturer is willing to go that far with just one color. It is much easier to sell black and silver designs with some RGB lights, as those will fit into almost every build.

Well, that’s exactly what is happening with GAMING X Trio.

The GAMING X Trio is a hybrid of GAMING and LIGHTNING series. We get three Torx 2.0 fans and RGB lights on the backplate, but the shape of the cooler is still the same as for GAMING series, except now it is black.

The PCB is almost identical to GAMING series, the cooler is simply longer than the board itself. It’s a massive, 1.5-kilogram graphics card.

Don’t worry if you already own GTX 1080 Ti GAMING X, this card will not be faster (they have the same clock speeds) and it won’t replace GAMING X either. When it comes to the price we found GAMING X Trio for 850 EUR, while GAMING X costs 810 EUR in the same store. For now, it is just an alternative and an indicator where MSI’s GAMING series might go from here. 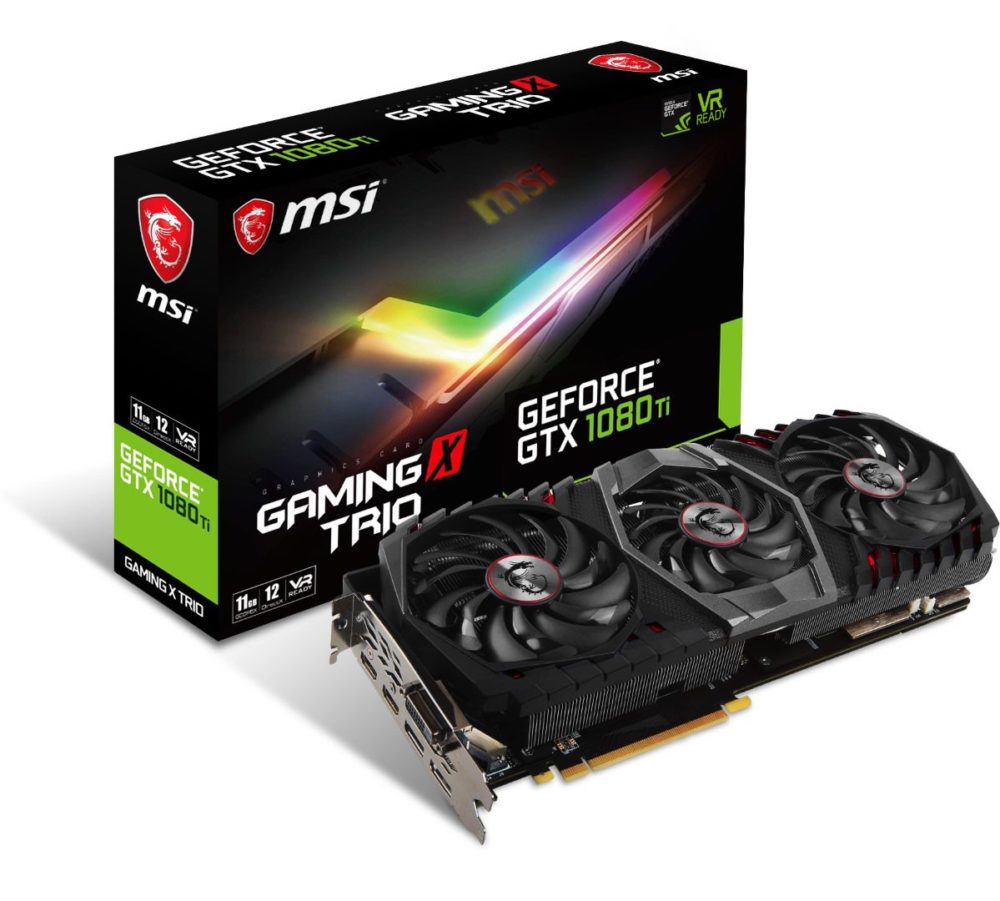 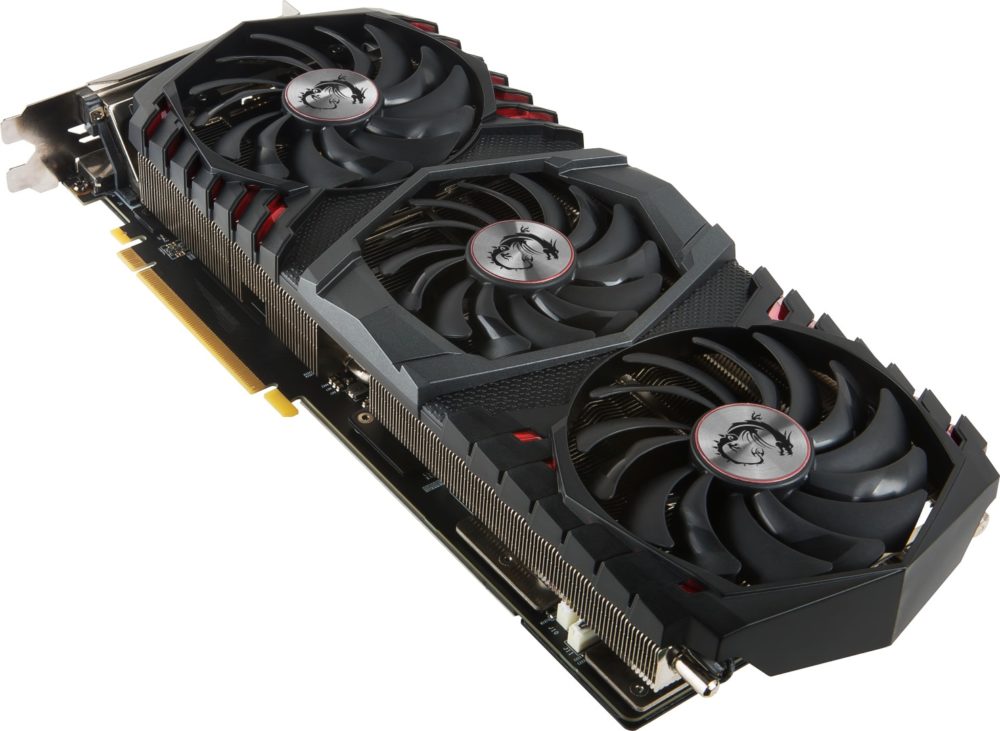 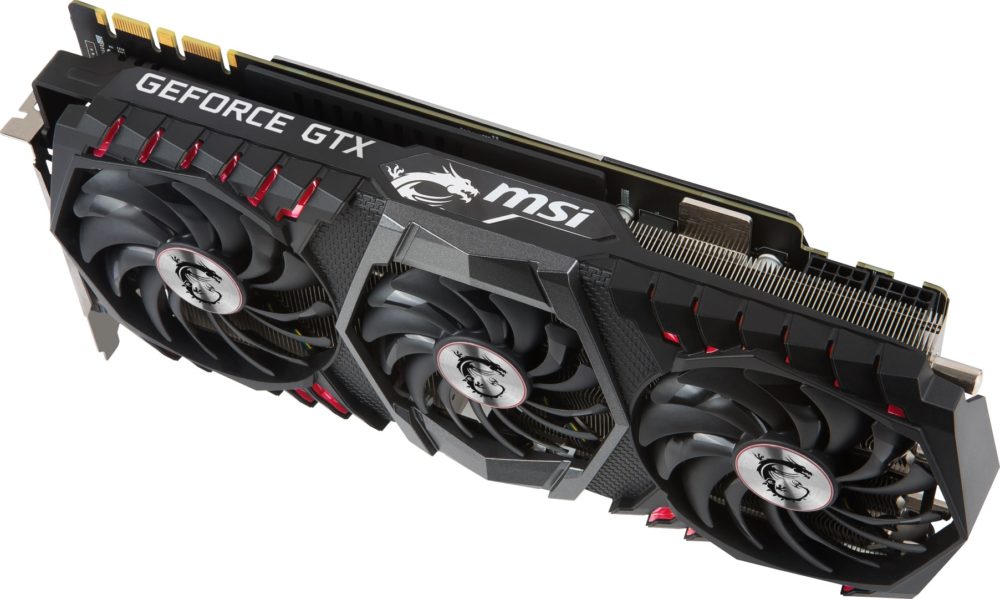 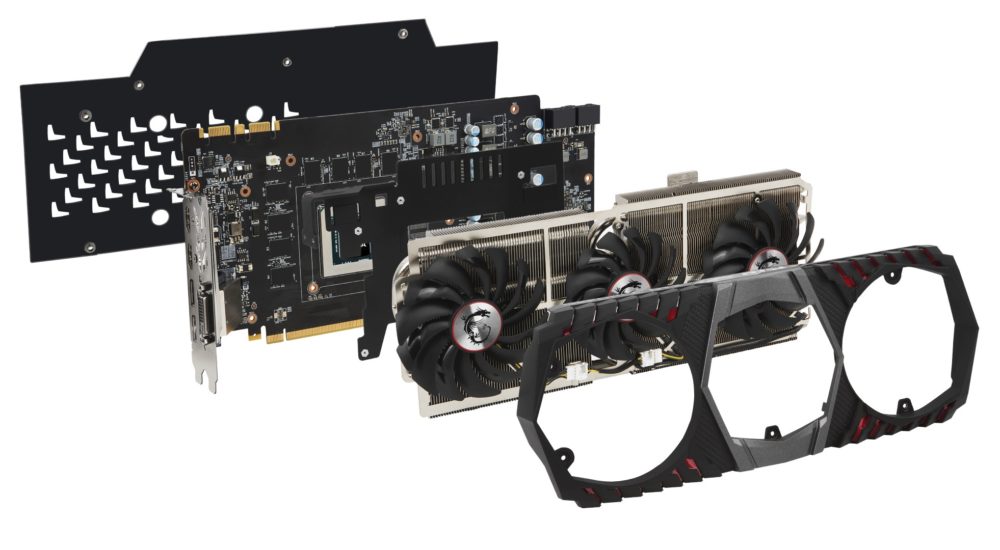 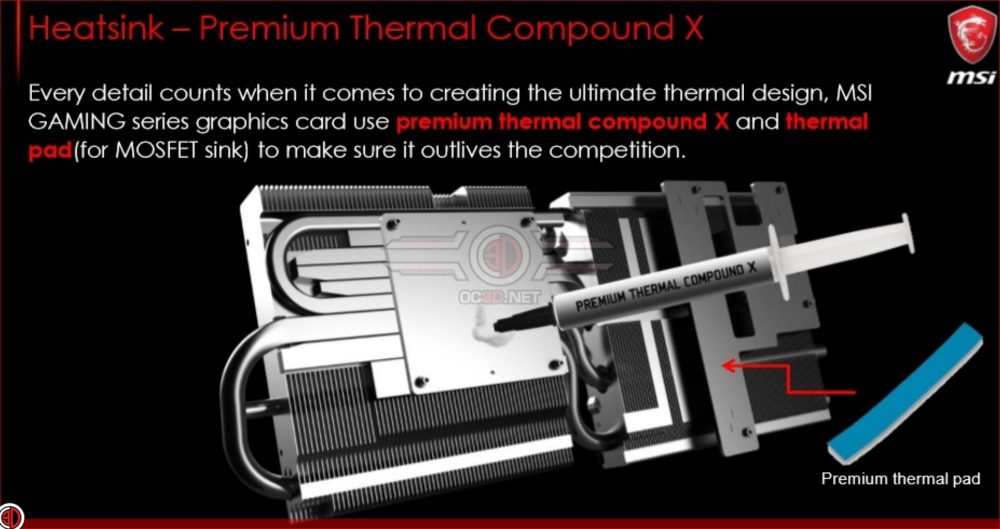 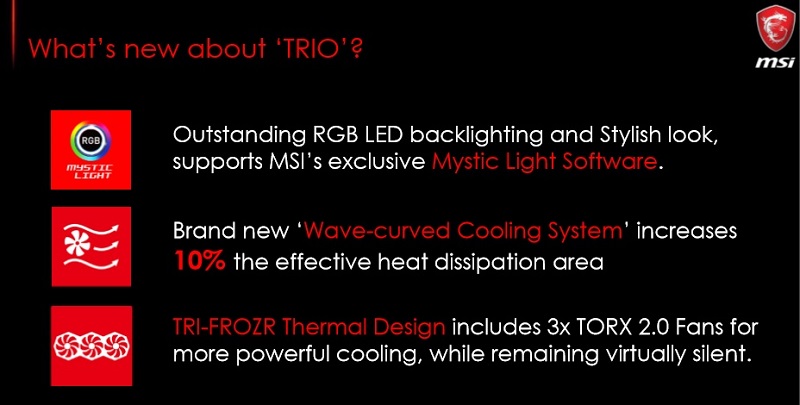 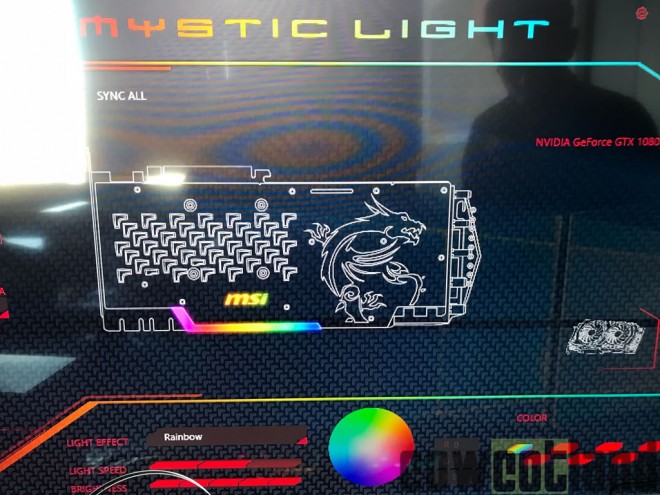 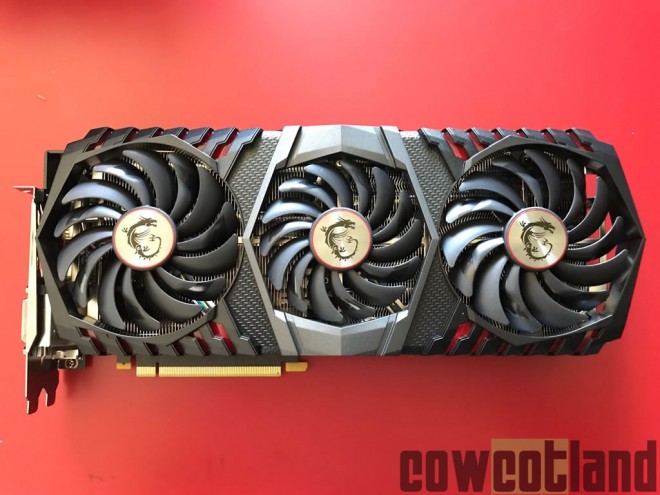