We have just discovered a new motherboard for Intel Coffee Lake S series.

SiSoftware database is full of interesting data. One of the new entries indicates that new B360 chipset is already in the works by SuperMicro.

The board we found is called SuperMicro C7B360-CB-M. By following SuperMicro’s naming schema, we can assume that we are looking at a Micro-ATX motherboard. This is the first B360 motherboard that we found. Interestingly, SuperMicro’s C7Z370-CG-L was also the first Z370 motherboard to be discovered 85 days before launch.

In case you are confused why the new chipset is called B360 and not B350, the answer is to look at competitor’s offer. AMD is already using this name for their mid-range chipset.

Previous leaks were only pointing at the first quarter of 2018, but such an early appearance of B360 motherboard could actually suggest a launch in January. 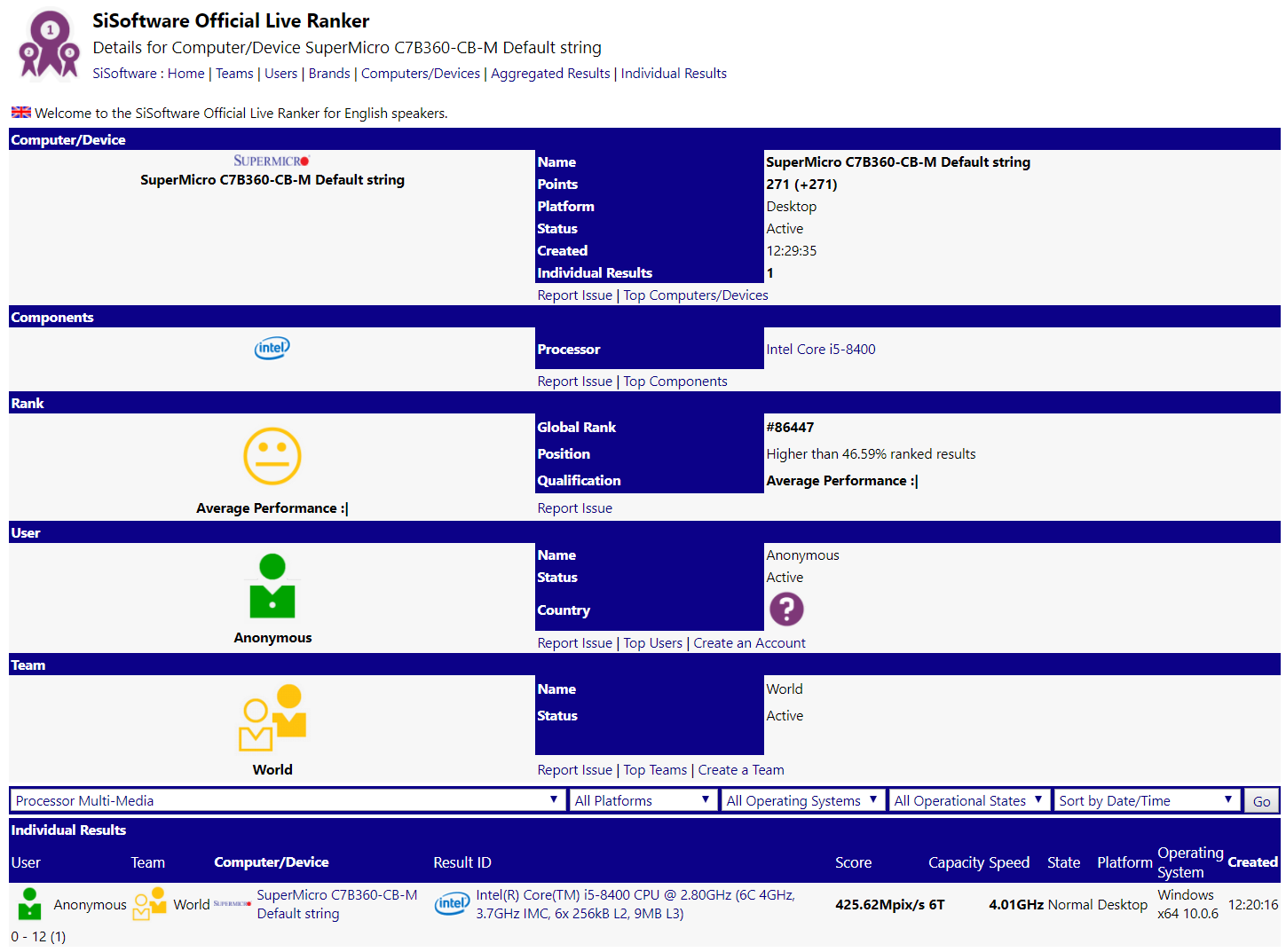