A very interesting slide has just been leaked by Gamers Nexus.

The slide confirms that Intel did indeed change the naming of their B_50 chipsets to B_60. As we explained this earlier, Intel had no other choice, due to the fact that AMD has already ‘borrowed’ the B350 name for their Ryzen chipset.

The H370, H310 and B360 chipsets will all arrive in the first quarter next year. The interesting part is where Intel has another Coffeelake-S CPUs coming in the same period. The difference is hidden in the TDP (95/65W changes to 65/35W). It’s hard to speculate what parts are being planned here, but Intel confirmed in a press call that Pentium and Celeron processors should be expected around that time.

Just wanted to add that we know this slide is rather fresh because Intel had to change the embargo date for Coffeelake-S from October 5th to September 24th, after we leaked the contents of the slides. 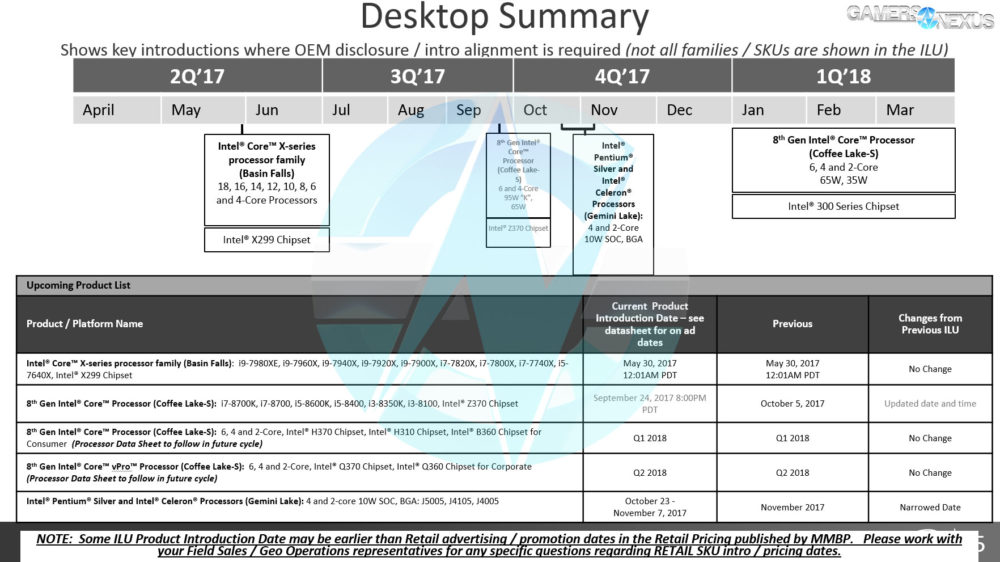