We teased three of MSI’s Z370 motherboards, it’s time to show you the rest.

But first, let’s look at possible pricing, which was leaked by NCIX. We learn that the Z370 GODLIKE gaming will cost nearly 650 CAD. The rest will be available for around 250 to 150 CAD. There are currently 9 models to be expected and, of course, we have all pictures, so have a look below.

This is a flagship model bundled with LED strips, PCIe x8 M.2 card, four reinforced PCIe x16 slots, XTREME Audio Dac chipset, fancy Mystic RGB LEDs and AC antennas. What we didn’t tell you yet is that this model has three Ethernet cards. Why? We are not sure. 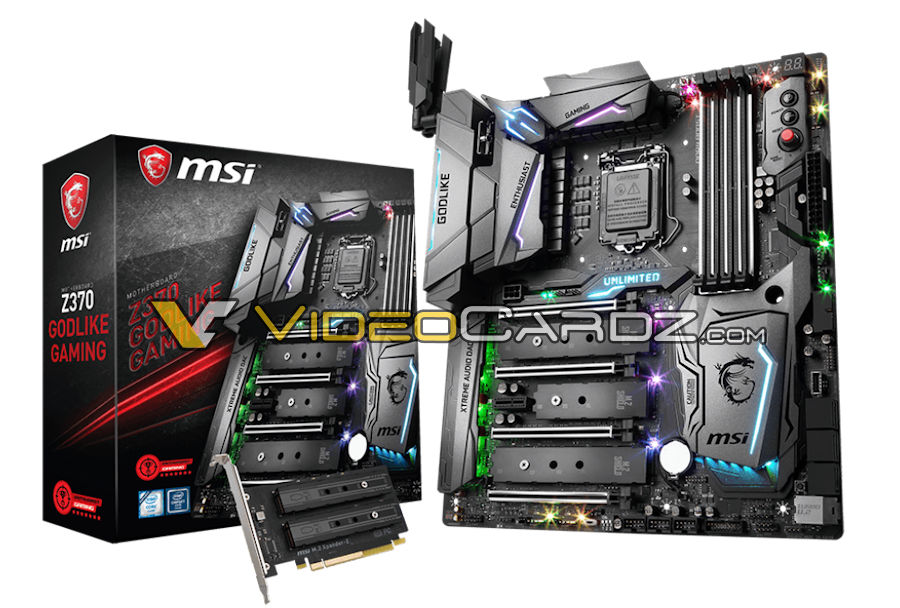 The Z370 Carbon Pro will be available in two variants (AC and standard). This basically means that one will be bundled with the AC Wi-Fi card. This model has three PCIe x16 slots, two M.2 connectors and one Gigabit Ethernet. 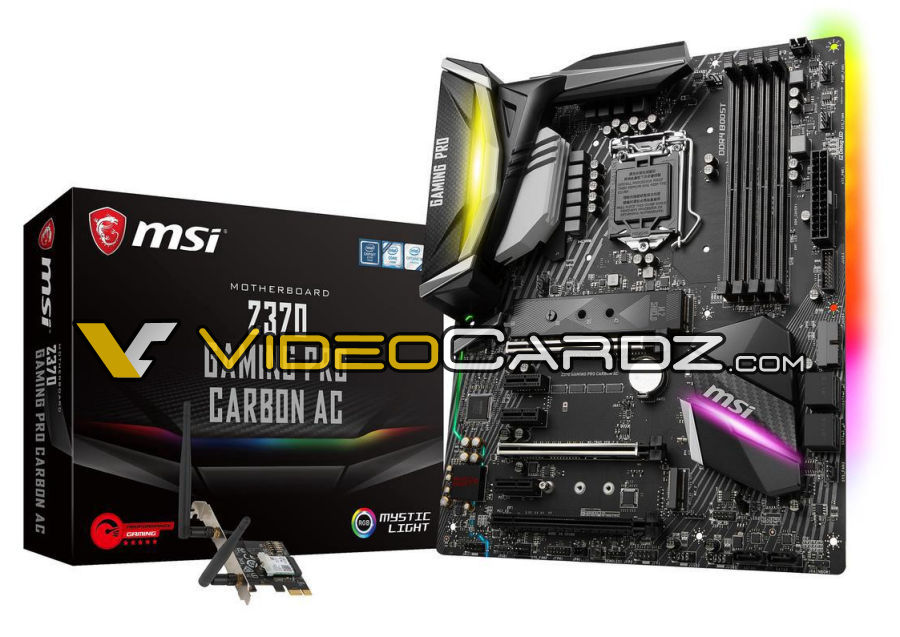 The Gaming M series will start with M5. This model is almost identical to Gaming Pro Carbon, with few minor changes (basically the position of few connectors). This model also has post code display in case something goes wrong. 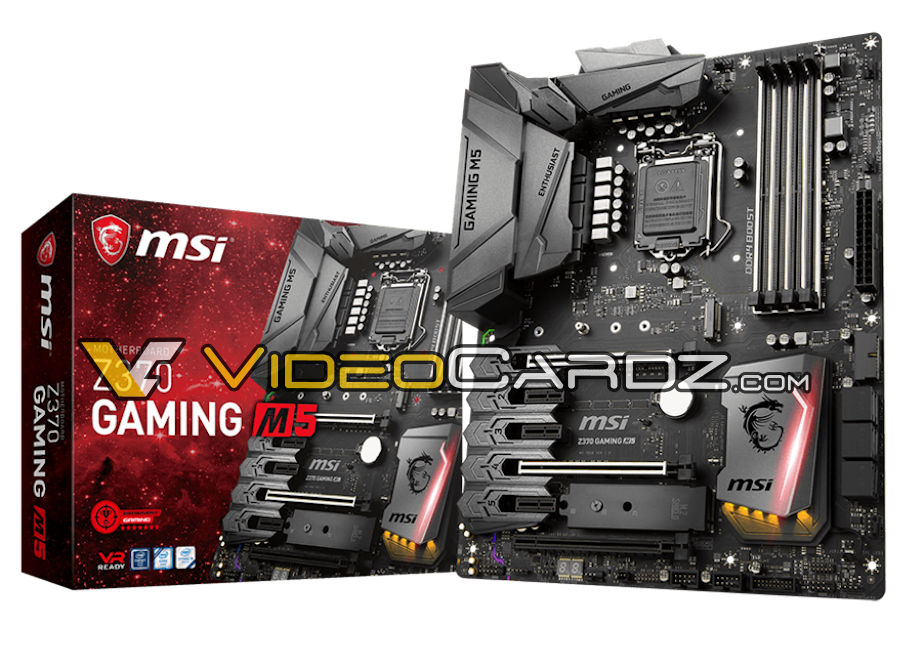 This is currently the only Micro-ATX motherboard from MSI. You can clearly see it has Wi-Fi AC, two PCIe x16 and two M.2 connectors. 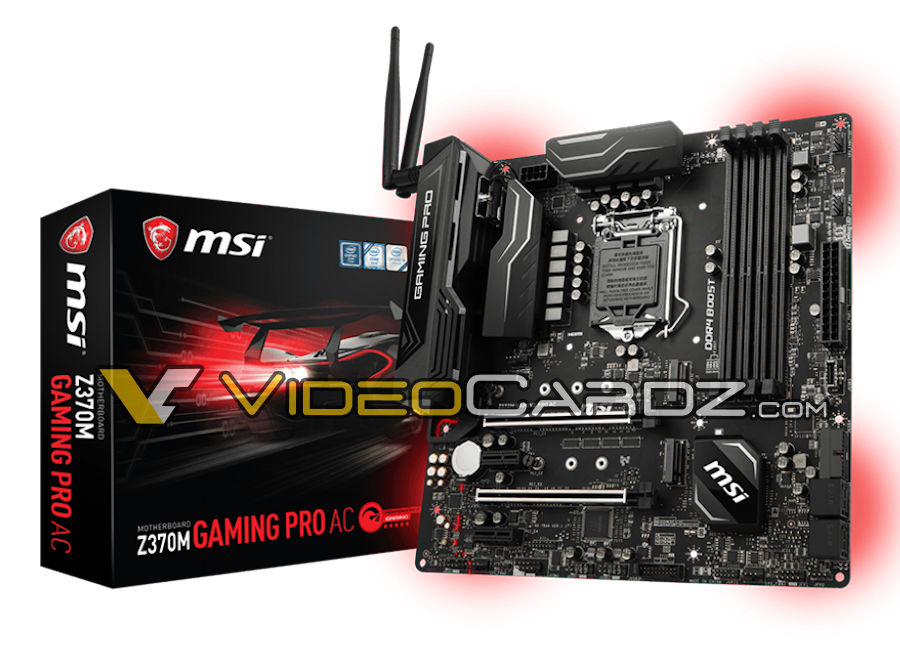 The SLI PLUS is, like always, kept in black/silver color scheme. This model is designed with multi-GPU configurations in mind, so there are three PCIe slots for you to choose. 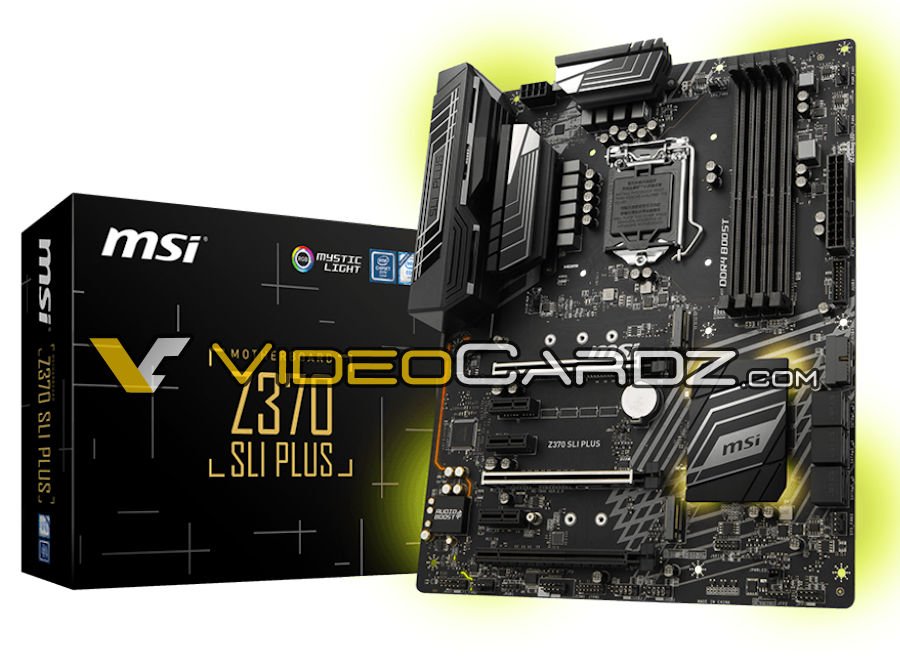 There’s no MSI motherboard launch without the Tomahawk. There’s nothing particularly special about this model. Based on the pricing it should be an alternative to SLI PLUS. 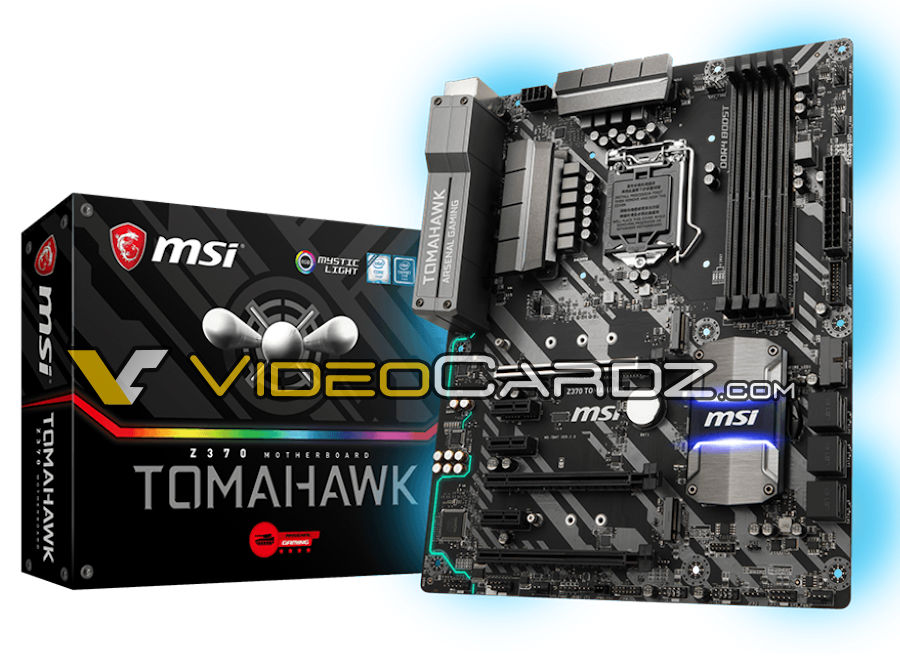 Now, this is the cheapest Z370 motherboard from MSI. I was thinking, if Apple can have Poo Animoji, then MSI can have brown motherboards. 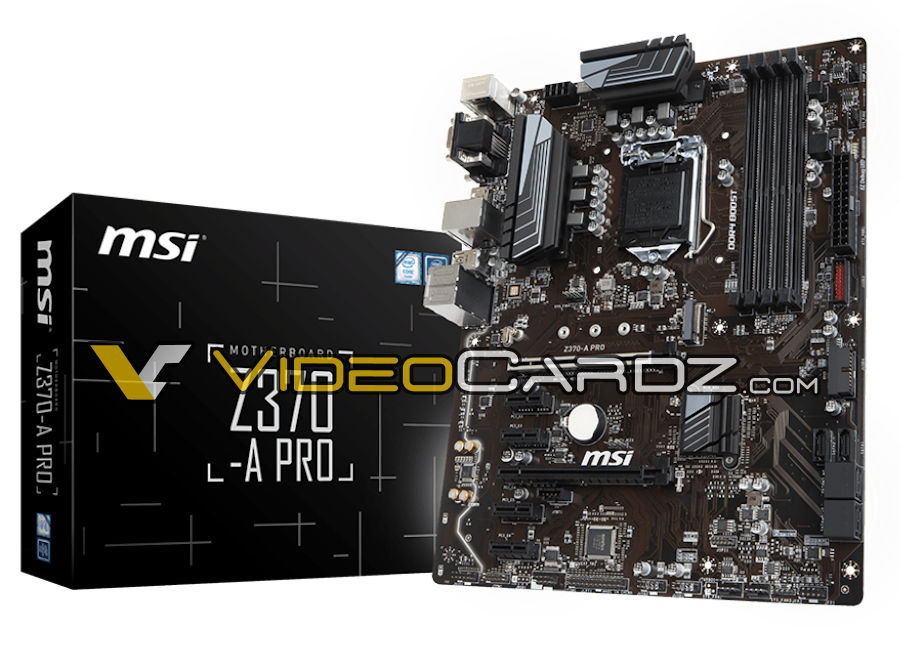 The last motherboard is the Z370 GAMING PLUS. It should remind you of ASUS Expedition series. This unique black and red color scheme is clearly aiming at the builds with MSI GAMING cards, which are available in the same colors. 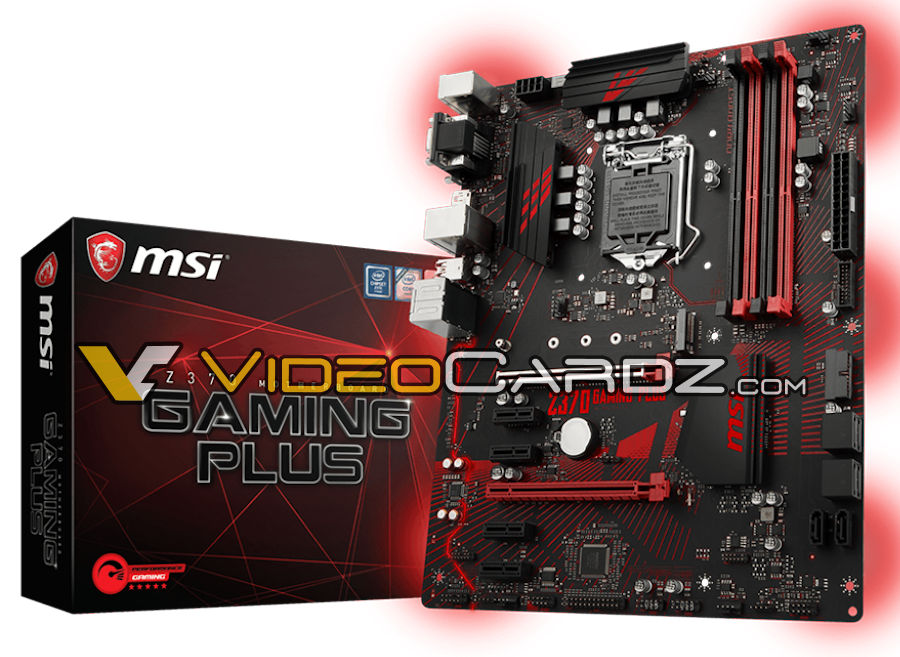