TweakTown is the first website to incorporate 8K benchmarks into their reviews.

The green rectangle on this image is the FullHD resolution. The 7680×4320 resolution requires 16x more pixels to be generated. 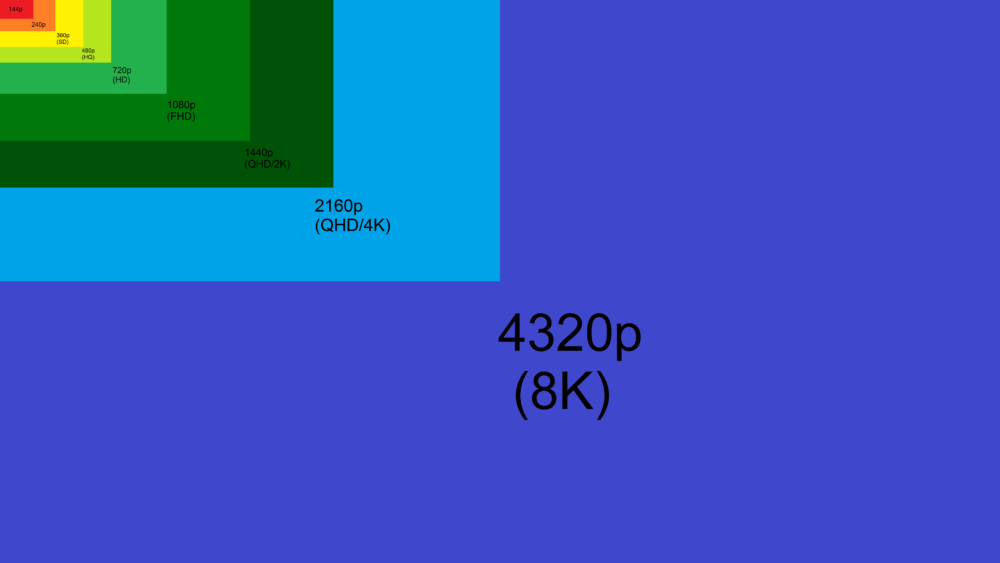 This crazy resolution is not even properly supported by all cards. The very few cards that do, such as TITAN Xp and Vega 64, were put to the test to illustrate what the future has to offer.

For this review, a very unique monitor had to be used. The choice has fallen on Dell UltraSharp UP3218K, which currently retails at 3,899 USD. This is currently the only commercially available native 8K monitor.

It’s also worth nothing that 8K resolution requires two DisplayPort 1.4 cables to run.

More benchmarks, including games at different quality settings, are to be published at a later date. The early results are as follows. 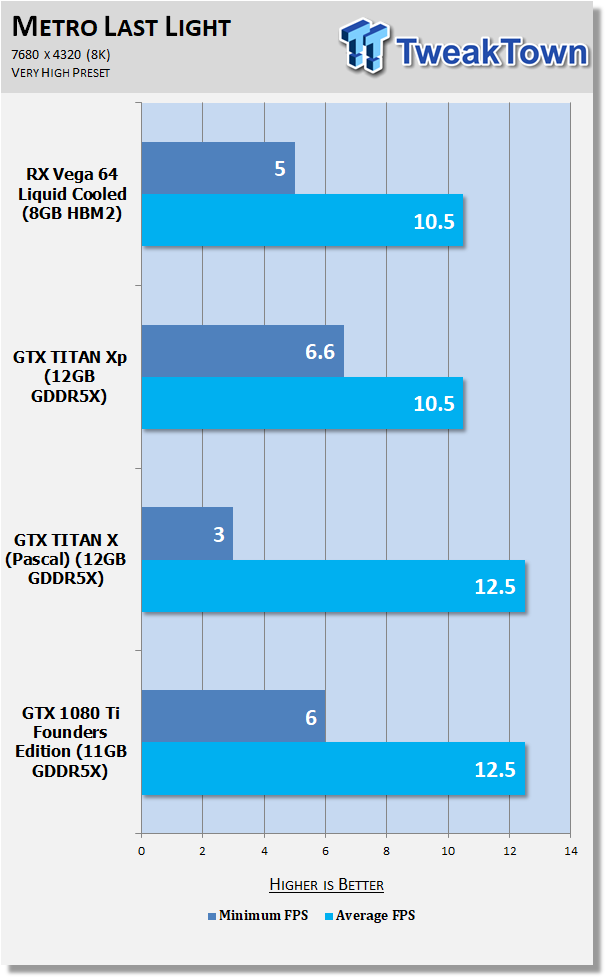 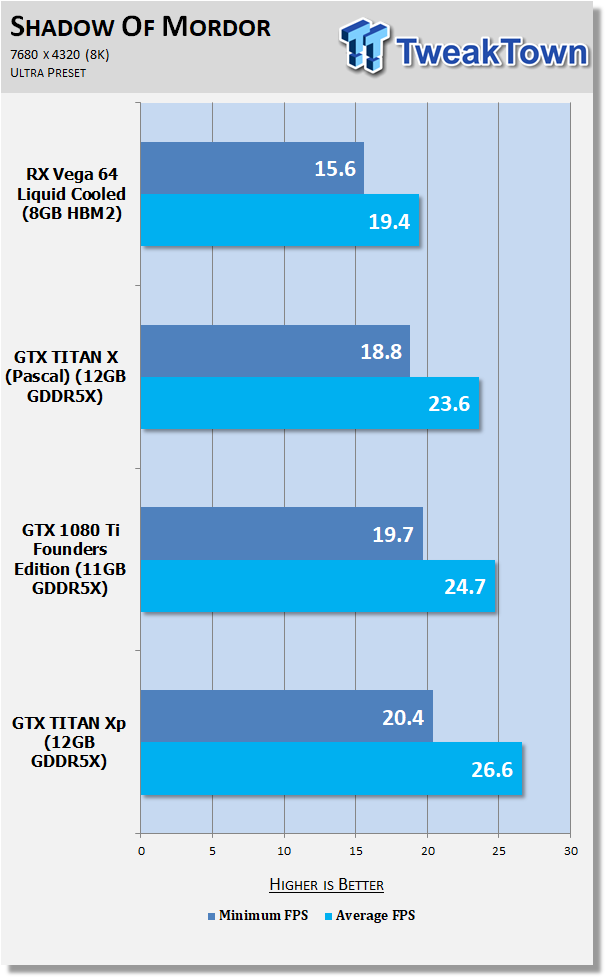 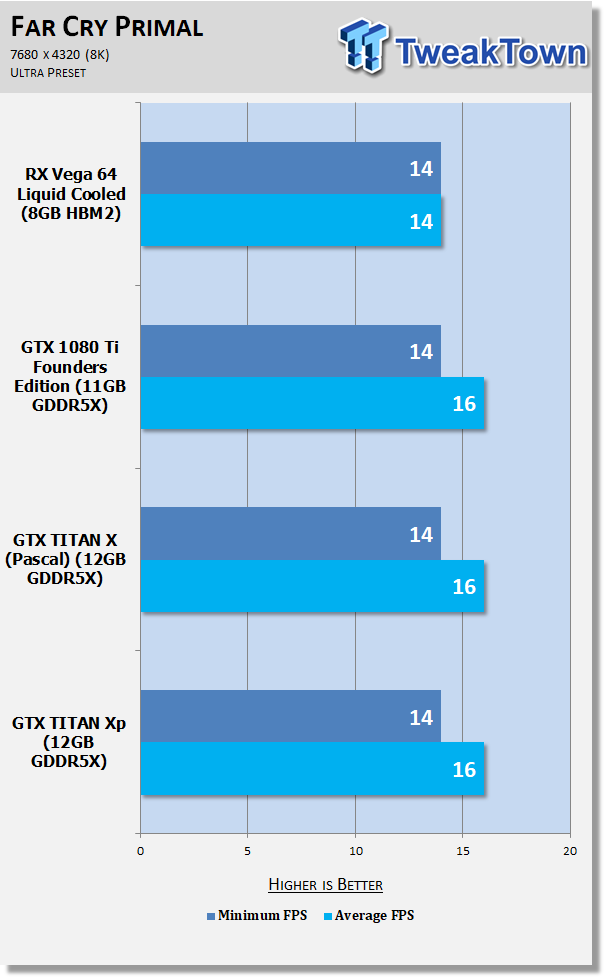 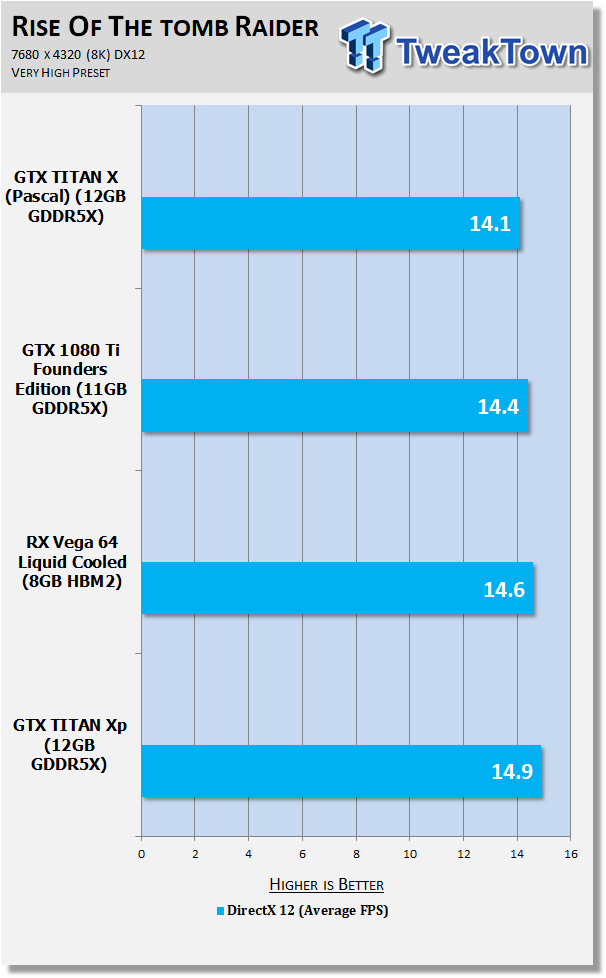