The specs of Intel’s 8700K CPU are well known at this point. It’s a 6-core and 12-thread processor with TDP at 95W. The Coffeelake-S desktop lineup together with Z370 chipset will be released in early October as teased by Intel in the 8th Gen launch video (probably the most cringeworthy material in ages). 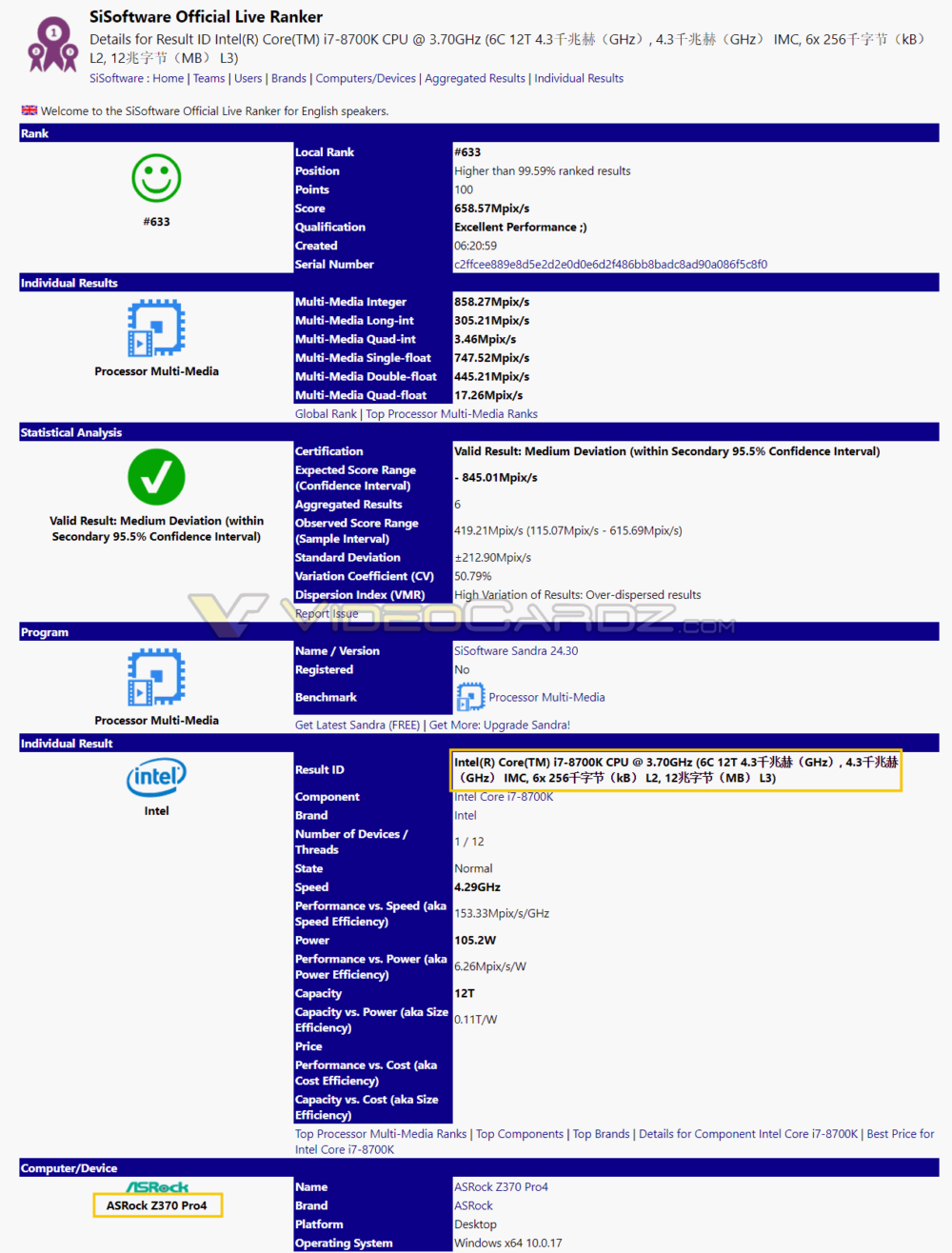