AMD and Bethesda are preparing for tomorrow’s early access for Quake Champions. Starting from tomorrow purchases of Ryzen 7/5 CPUs and all Radeon RX 500 series graphics cards will be rewarded with free Champions Pack for the new game.

The Champions Pack is not a game, but a DLC giving access to all 11 Champions in early access.

Here’s what’s included in the Pack (via): 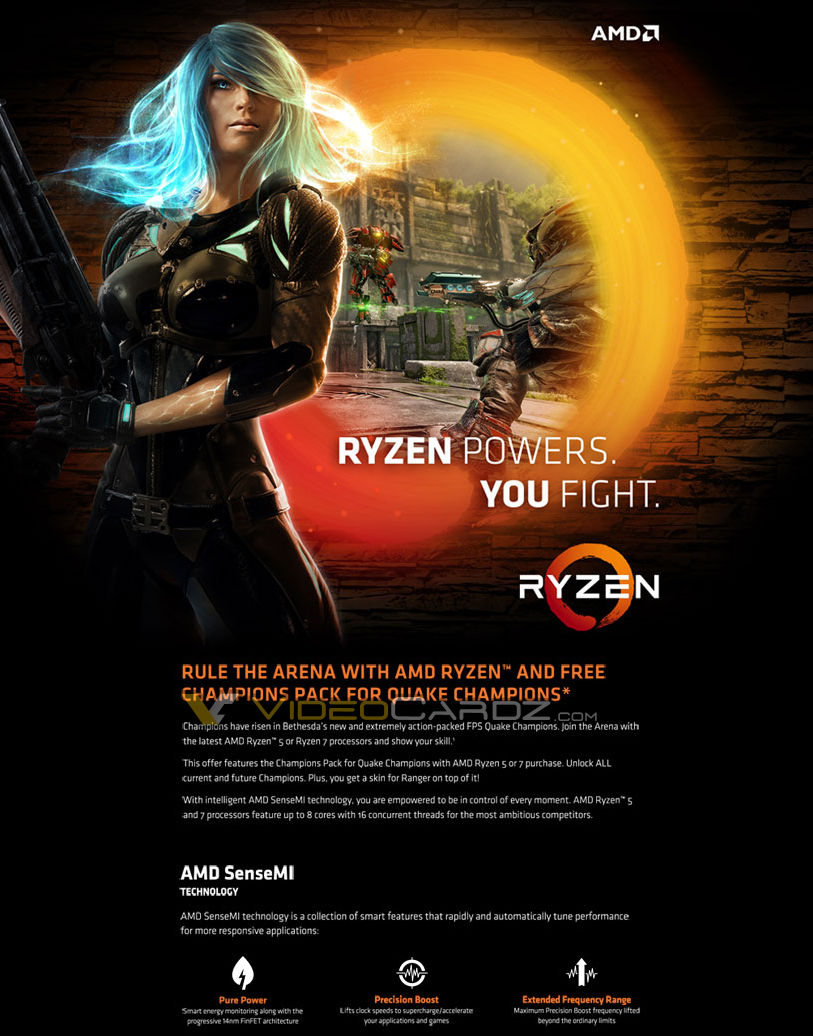