Intel is hosting a training for retailers in China for upcoming Coffeelake 8th Gen Core series. According to the leaked slide, the upcoming i7-8700K CPU will be 11% faster than 7700K in single threaded operations.

The slide also confirms that for the first time Intel will introduce quad-core i3 series and six-core i5 series.

Both Core i5 and i7 series are to use 6-core configuration, although the i5 will not support Hyperthreading.

The leaked specs seem to align with previous rumors. The i7-8700K is the flagship Coffeelake CPU with six cores and twelve threads.

The picture was slightly enhanced for better viewing experience: 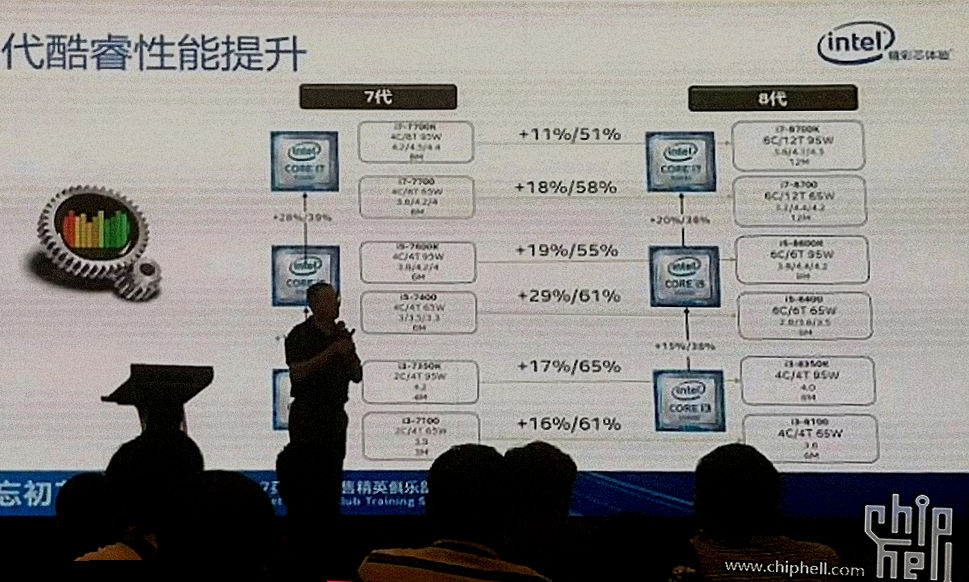