ASRock has confirmed that upcoming Coffee Lake CPUs will not be compatible with existing 200 series motherboards.

Intel introduced LGA1151 socket with Skylake architecture roughly 2 years ago with Core i7 6700K. According to the leaks, the LGA1151 socket for Coffee Lake may be artificially (or physically) differentiated as the CPUs will not be supported by existing 200 (and of course 100) series motherboards. The confirmation came from ASRock.

This was somewhat an expected move from Intel, because by introducing new processors the company may want motherboard manufacturers to come up with something new, something Ryzen motherboards are lacking.

The backward compatibility of desktop processors was one of the bullet points for Ryzen architecture, as AMD committed to supporting AM4 socket for years to come. 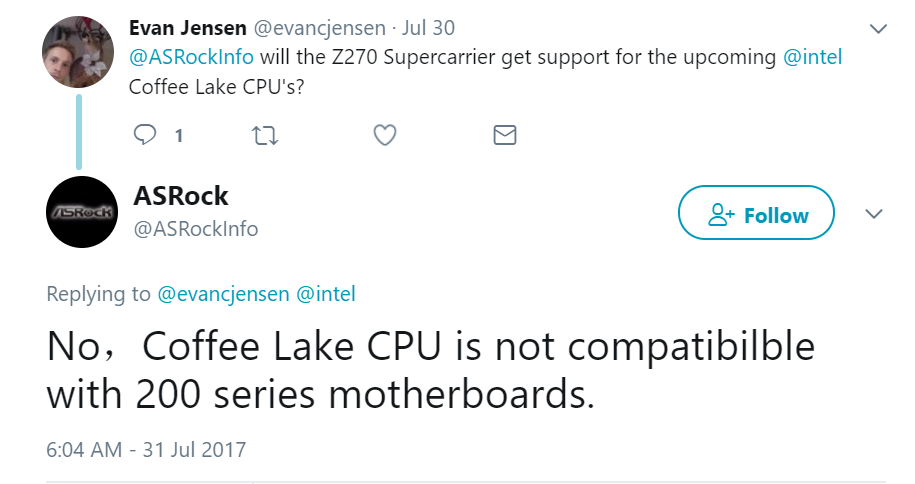