RUMOR: AMD Radeon RX Vega 64 to be great for mining

I had this post written yesterday, but I decided to wait for ‘confirmation’… which came today from OCUK’s Gibbo:

Trying to devise some kind of plan so gamers can get them at MSRP without the miners wiping all the stock out within 5 minutes of product going live.

According to my source, this number is lower than 100. Here’s my original story.

This information comes from a good source of mine, but for now, take it with a grain of salt. Apparently, new features were enabled on the latest RX Vega driver, which have also (indirectly) increased mining performance of Vega.

I’m not a fan of sharing numbers I can’t verify, but we are looking at (at least) doubled Vega Frontier mining performance (which has a hash rate of ~30 MH/s).

IF TRUE, then this is very bad news for gamers, graphics card manufacturers, and also AMD.

AMD recently confirmed that RX Vega launch was postponed because they wanted Vega to be available in high volume at launch. As soon as this information is confirmed, miners will start buying these cards, which may somehow affect the price of RX Vega for everyone.

It is also not true that graphics cards manufacturers do not care who is buying their cards. Cards from miners have a very high return rate and flood the market with second-hand GPUs as soon as cryptocurrency gets cheaper. To counter this issue, manufacturers are producing special cards for mining with a shorter warranty. Unfortunately, US and EU do not allow such practices regarding warranties, which means it can only reduce the effects of mining craze in markets such as Chinese.

With Radeon RX Vega AMD introduced Radeon Packs to counter existing (and upcoming?) mining craze. We are not sure how is this going to help when most cards are presold and prepaid by miners weeks in advanced in Chinese factories.

In my opinion, Radeon Software should have a mechanism to tell users that mining will shorten the lifespan of the GPU and it voids the warranty.

I will keep you updated once I know more. Review samples should be sent out anytime now.

To give you some perspective, TechSpot recently made a comparison between all popular graphics cards in ETH mining: 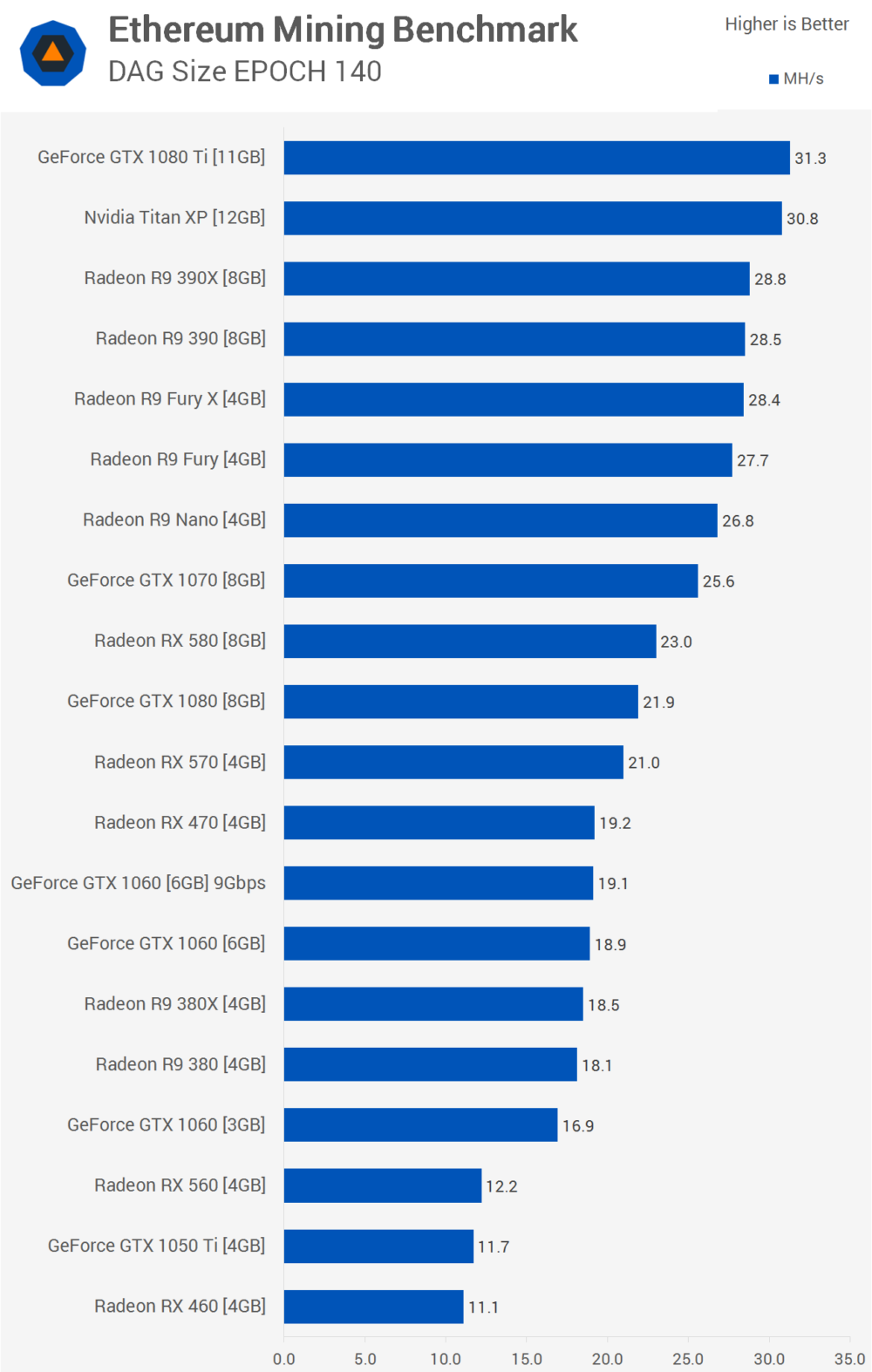