Today AMD launches its highly anticipated Radeon RX Vega series. Everything in this post is confirmed by the slides.

The fastest Vega is called RX Vega 64 Liquid Cooled Edition. This model has higher TDP (345W), but also higher clocks up to 1677 MHz. This card will cost you 699 USD.

The Vega 64 is compared to GTX 1080 and 980 Ti in 4K and 1440p Ultrawide gaming. Based on the numbers provided on the slides RX Vega 64 will offer higher framerate: 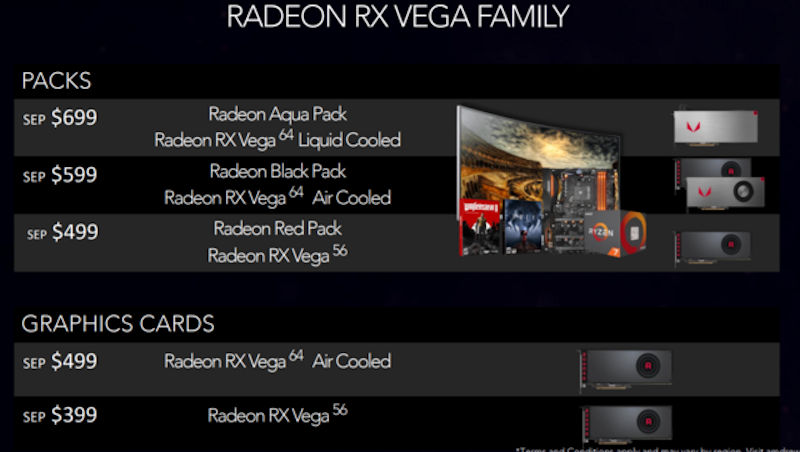