We already posted a picture yesterday of the limited edition of Radeon RX Vega 64. This is probably the card that will be given to reviewers, such as Linus. The card was showcased during LTX2017 community meetup.

This model comes with a brushed aluminum shroud, same as Frontier except this one is kept in silver. The card has dual 8-pin power connectors and two LED illuminated logos, the R on the corner and Radeon on the side.

The only difference from official render is a lack of Vega logo on the front, which was replaced by Radeon. 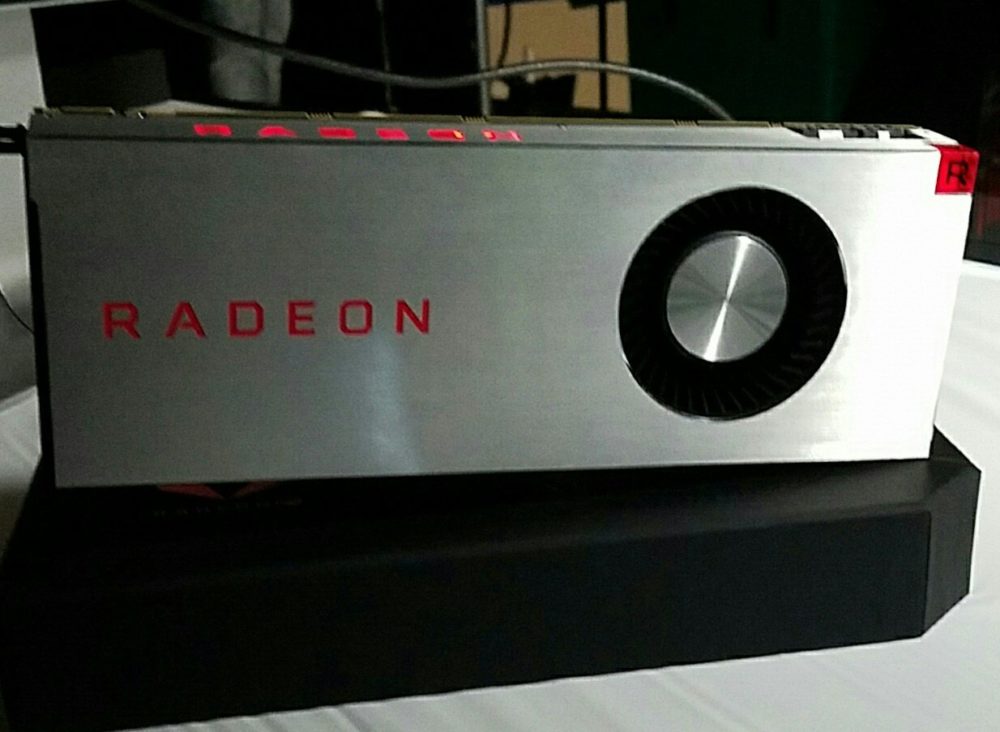 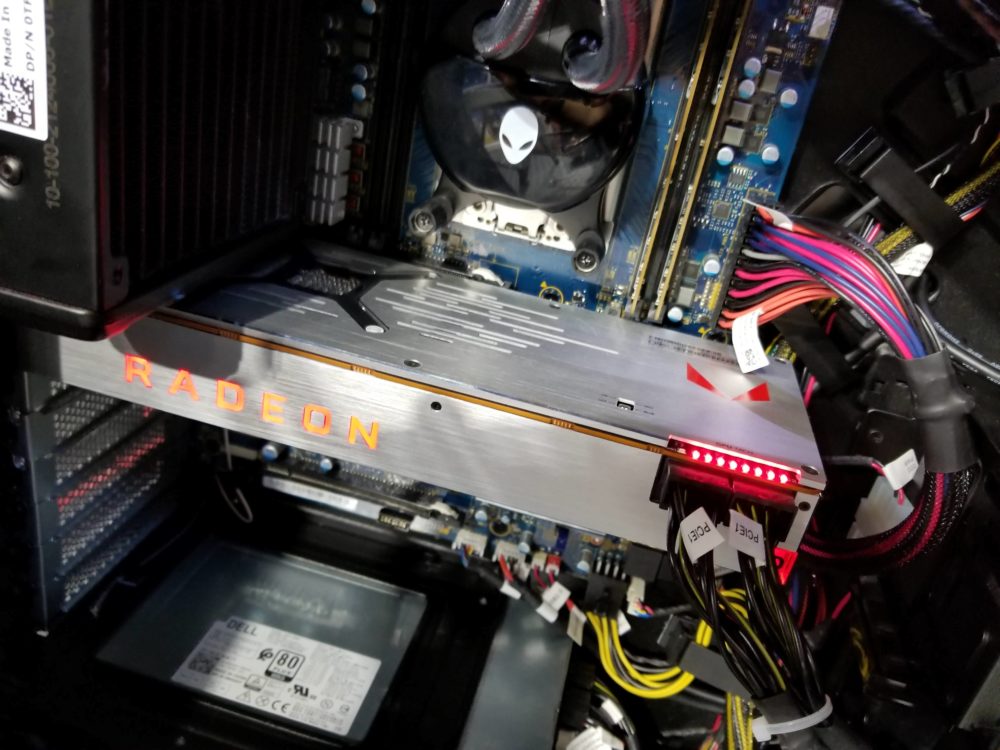