The rumors about 6-core Coffee Lake series have been around for months. Recently CPCHardware wrote a story about 6-core processors being considered even for mid-range 8400 series. The latest leak from Sweepr at AnandTech forums seems to confirm just that.

The leak also brings a confirmation to the rumor of Intel’s Coffee Lake series using the same socket as Skylake series, which is LGA1151. Whether they will be compatible with Z270 and even Z170 series, we don’t know yet.

There are in total four 6-core Coffee Lake processors. Intel is supposedly planning to compete in multi-core mid-range market, currently occupied by AMD. The CPUs have 5 different clock speeds, which go up as fewer cores are in use. The highest boost clock for single-threaded operations is 4.7 GHz. 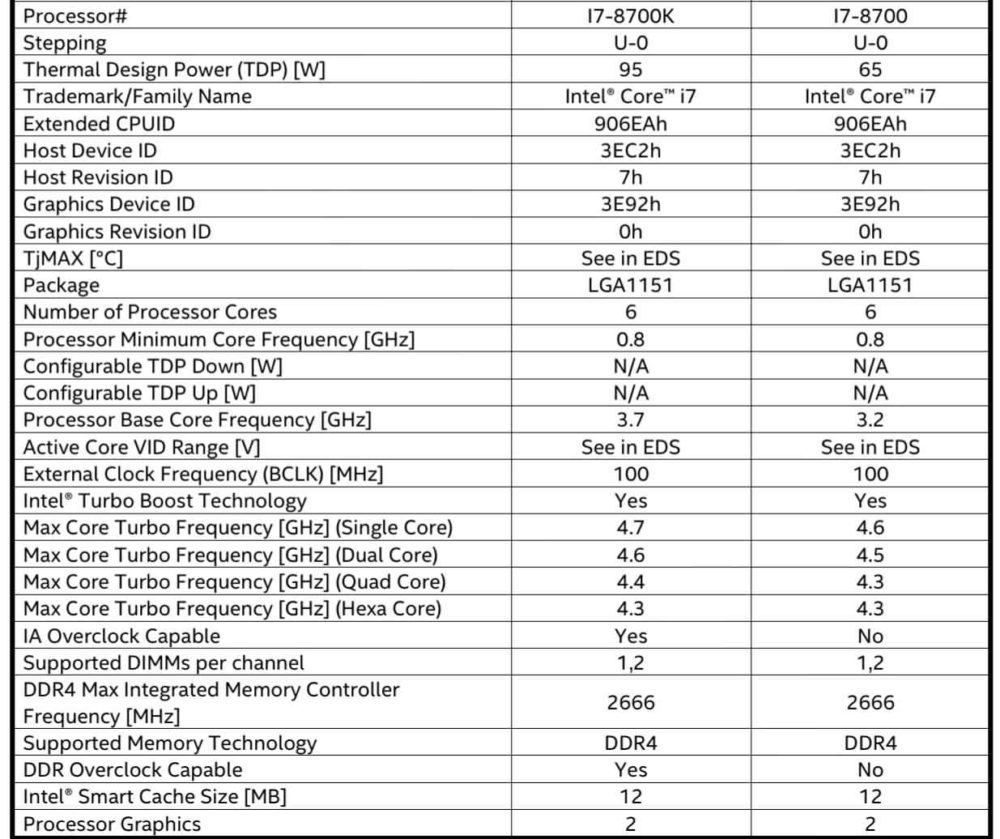 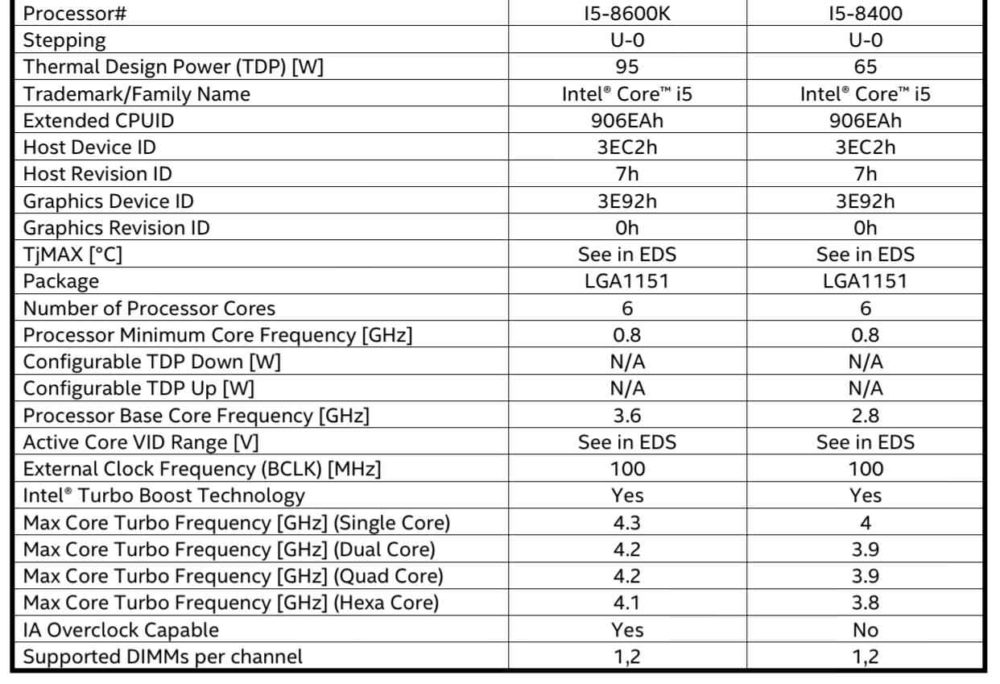