So far, AMD has not confirmed the exact die size of Vega. Raja Koduri did mention that Vega 10 die is smaller than 500 mm2 and later in a tweet, he suggested that the actual size is the closest perfect square to that number. This means 484 mm2. The only problem is: it was never officially confirmed. 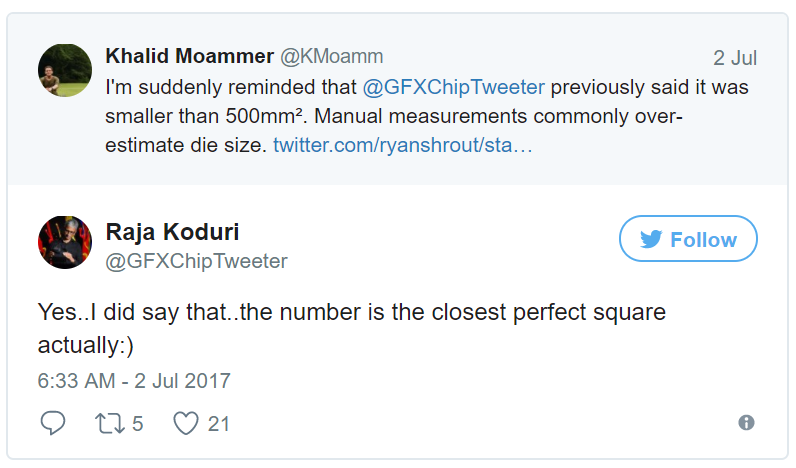 Ryan Shrout reached out to AMD to confirm if the die is really 484 mm2, but yet again, AMD did not confirm it. There’s absolutely no reason to keep this information secret anymore. Same applies to the number of transistors.

I made this chart to give you a comparison between the last-gen 4096-core part and current-gen 14nm GPU. While the size of the GPU has doubled compared to Polaris, the core count did not. The density of stream processors is lower, but thanks to higher clock speed the actual performance per mm2 is closer to RX 580. If we were to assume the same transistors density for 14nm part, we would expect around 11 billion transistors.

HardwareLuxx has a story about Vega DirectX 12 support. According to the information contained in the drivers, Vega would feature DirectX level 12_1, which is the latest tier for DX12 support. This means that Vega will support Conservative Rasterization and Rasterized-ordered Views, both already supported by Pascal. 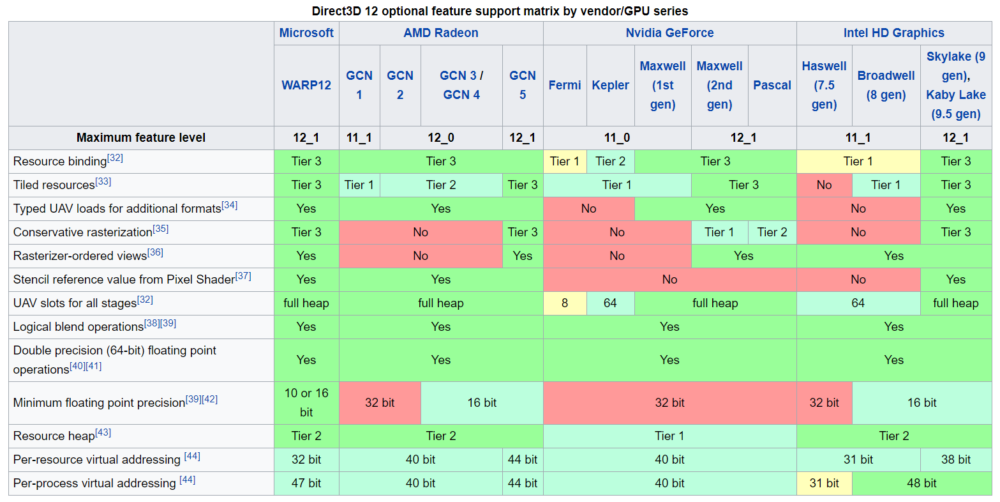 Another interesting story was published by GamersNexus. They tested both Frontier and Fury X clock to clock (1050 MHz) to compare the actual IPC gain on two parts. Surprisingly Vega is showing zero performance gain when games are considered. However, Vega actually does perform better in SPECviewperf — a benchmark tool Vega Frontier was actually designed for. This means that there are some architectural upgrades, but they are unlikely to be reflected in games. Frontier is only doing better in games, because of the higher clock speed. 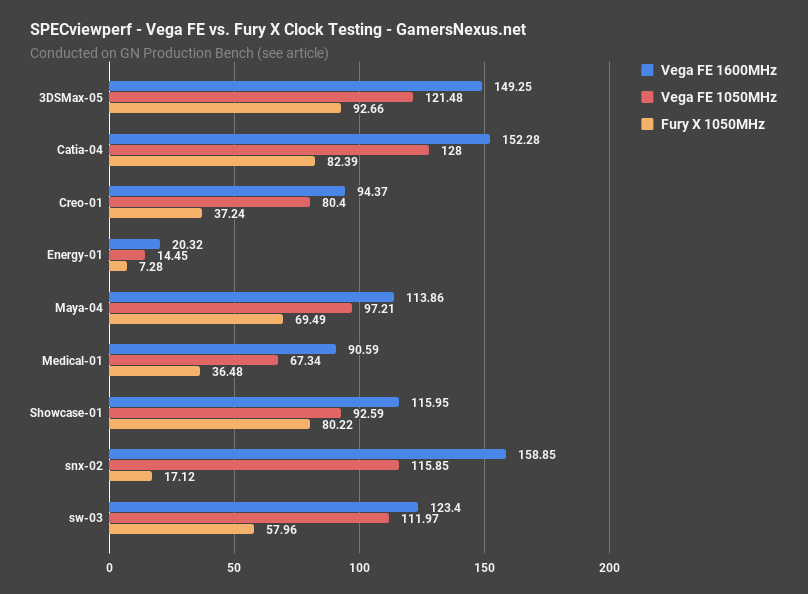 Now let’s move on to CrossFire. PCPerspective had the exclusive first review of Vega Frontier. Now they have the first Vega Frontier review in CrossFire. Multi-GPU drivers for Vega are clearly not optimized yet. Depending on the resolution we are looking at 12 to 84% gain. Only in Witcher3 4K two Frontiers outperformed single GTX 1080 Ti.

Another story from GamersNexus focuses on Frontier’s built-in modes. As you remember, there are Pro and Game modes for the Frontier. As the name suggests one should be for gaming, while the other should be for professional applications. In reality, both modes are offering the same kind of performance, no matter the use. This means that currently, the only difference between the modes is to toggle the Radeon Setting UI to get rid of the unnecessary features. 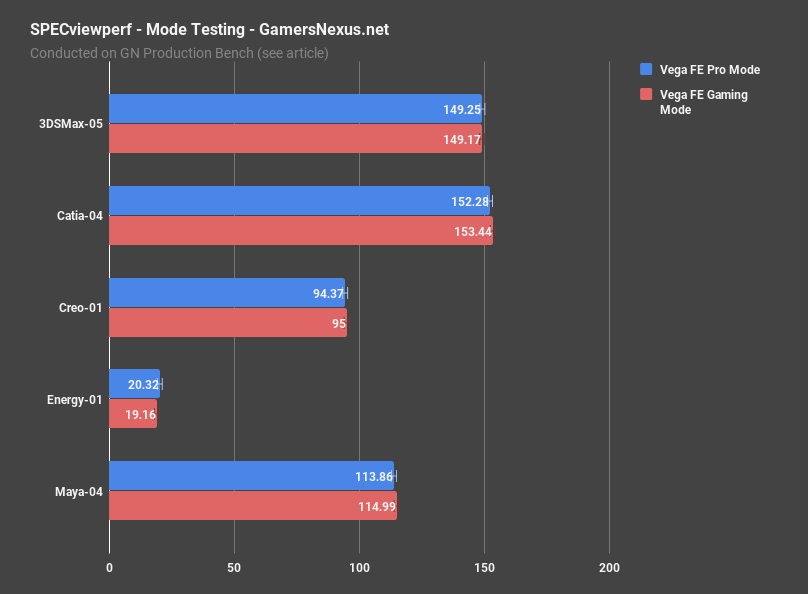 AMD Radeon Vega Frontier has 16GB, but is it enough for 4K?

PC Games Hardware team also have the Frontier. They have two videos, one is a short unboxing and the other is raw performance overview with Tomb Raider. They are running it in 4K and demonstrating how much memory does Tomb Raider in DX12 really need.

Raja Koduri earlier said that RX Vega might also launch in 16GB variant (honestly I don’t see why it shouldn’t), but chances are this is going to be a limited edition of some sort, maybe that’s the path water-cooled RX Vega will go?

If Frontier’s performance figures are anyhow representative for RX Vega, then we should expect this part that will fit in-between GTX 1080 and GTX 1080 Ti. The first one has 8GB GDDR5X memory and 320 or 352 GB/s bandwidth (since we also have 11 Gbps edition), while the latter has 11GB of GDDR5X with 484 GB/s bandwidth. If Vega is to compete with the 1080 Ti, then it should also have more memory, as the bandwidth is essentially the same.