Yesterday we reported that in the official announcement of CAPSAICIN SIGGRAPH nowhere does the description mention Radeon RX Vega launch. Although it was earlier officially confirmed by Lisa Su. Speculation aside, it seems that AMD employees have finally decided to confirm that Radeon RX Vega will indeed launch at SIGGRAPH.

In a series of tweets, Radeon RX and AMD employees have confirmed that RTG is launching Radeon RX Vega in about one month at SIGGRAPH. The new tweets do not specifically mention CAPSAICIN, but SIGGRAPH conference in general. CAPSAICIN SIGGRAPH is just a part of SIGGRAPH, so maybe the launch is split, or I’m reading in-between the lines too much?

When asked about Radeon Vega Frontier reviews and how they reflect gaming performance of Vega GPU in general, Jason Evengelho simply said that it’s premature to worry. The same kind of answer came from ‘the famous’ MSI marketing director, who earlier expressed his concerns about power consumption.

In the worst case scenario, the RX Vega will simply be the Frontier on steroids, where at least the clock speed is stable. On the other hand, there might still be some secrets hidden in the die that we don’t know yet about. AMD has not really shared ANY new information about Vega to the press after Vega Frontier was released. Even the die had to be measured by PCPerspective.

I would not expect miracles, it’s the same die after all, but I wouldn’t give up hoping to see a true high-end Radeon just yet. Sit tight. We waited 2 years, we can wait another 29 days. 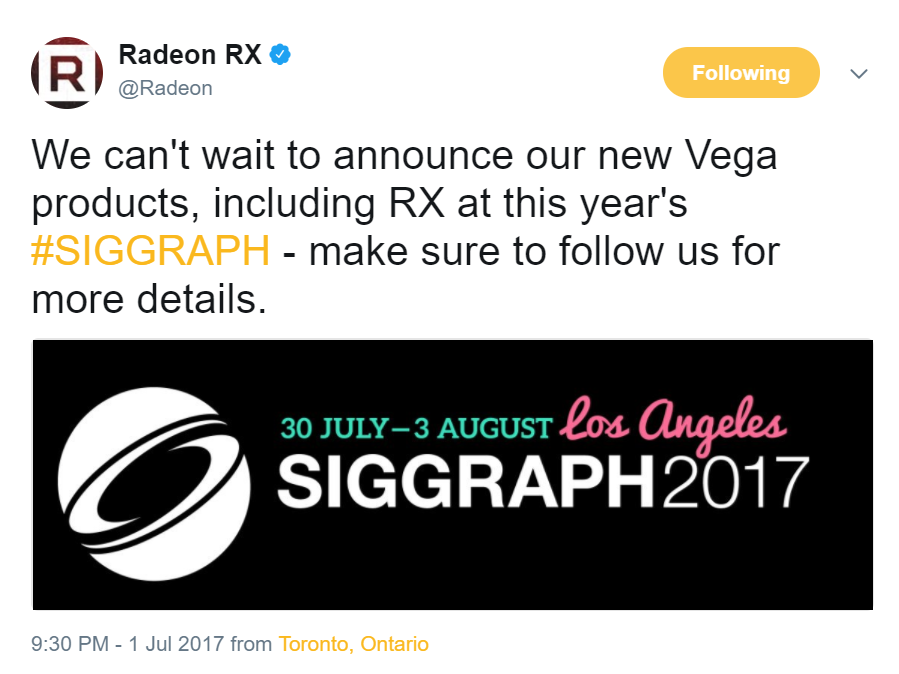 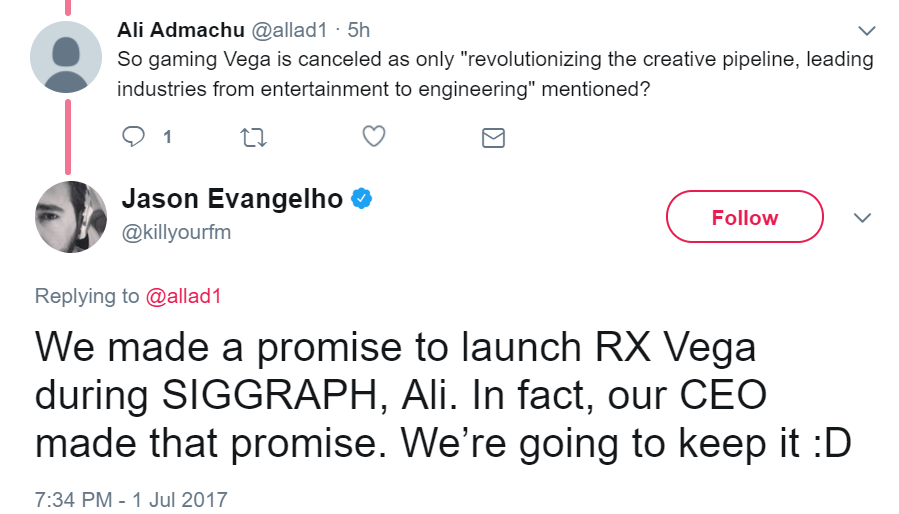 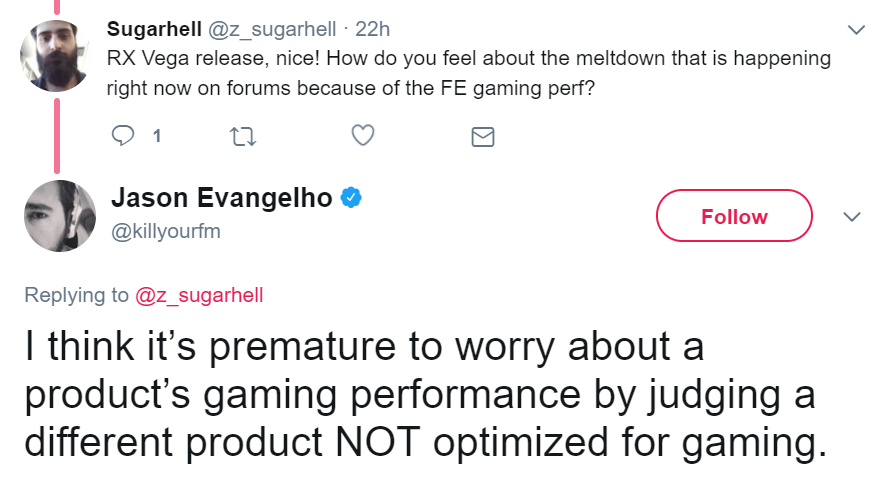