In this post, we are going to look at the most important gaming-related information coming from this review.

This is the first picture of the Vega-based graphics card PCB. It appears to be the final retail version of the D050 reference board. Unfortunately, AMD has not shared any details regarding the die size or transistor count of Vega 10 (pictured below), but according to PC Perspective, the die has the area of 564 mm2. After looking at this PCB it becomes obvious that most of it remains unused. This might suggest that we be seeing Vega Nano at RX launch. 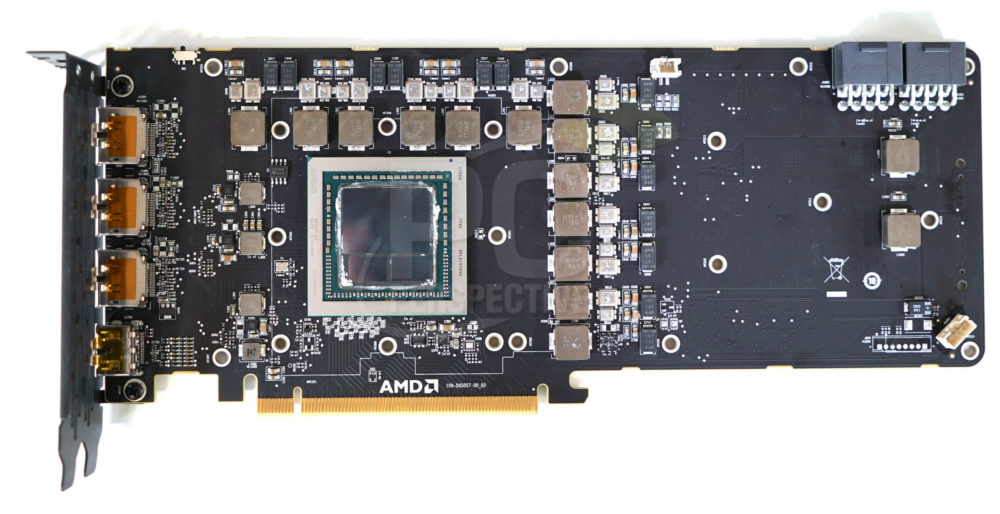 Out of the box experience will serve you with a clock speed of 1440 MHz. In order to achieve higher clocks it is necessary to adjust power limits and of course, the fan speed. The peak clock of 1600 MHz is only possible with power target at +20% and fan at 3000 RPM. 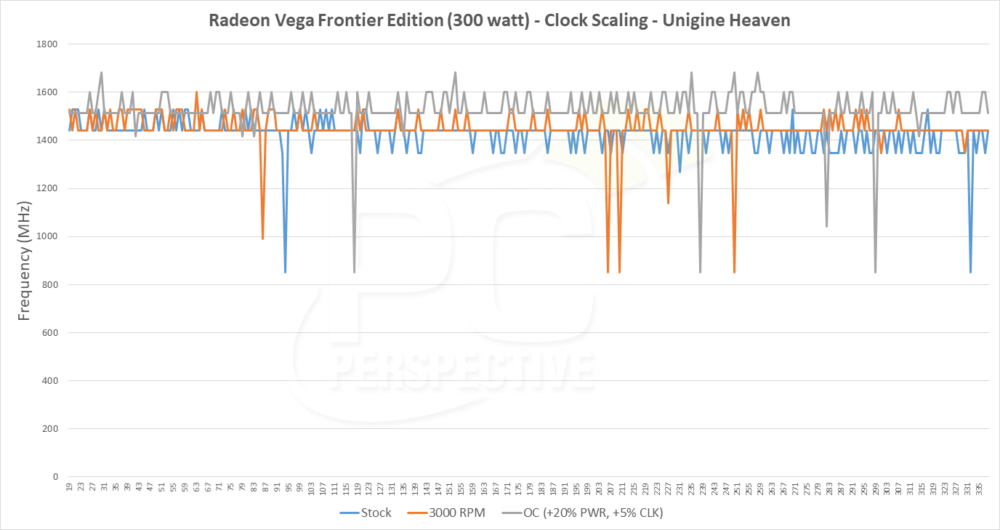 The Frontier has a high power consumption, which is close to reported typical board power of 300W. This is higher than GTX 1080 Ti. With adjusted power target Frontier will consume around 350W.

It’s worth adding that PCPerspective’s methodology of power consumption testing is very accurate as it’s measured directly from the power connectors and PCIe interface. 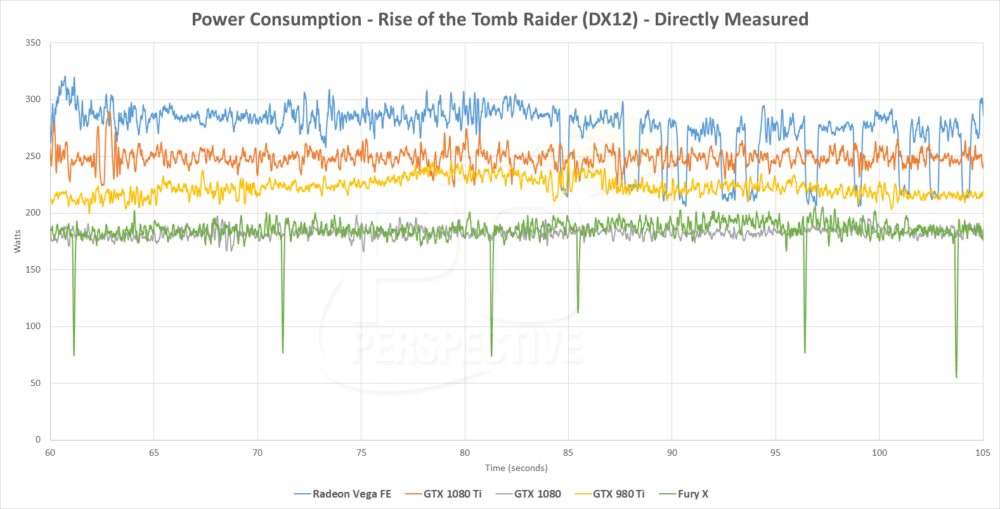 In all gaming tests performed by PCPer, the Frontier did not surpass GTX 1080 in average framerate (in both 1440p and 2160p resolutions). It was however faster than GTX 1070 in 5 out of 6 games tested. We are looking at 15 to 46% improvement over Fury X, a card featuring 4GB HBM1 and the same number of stream processors.

It appears that the benchmarks posted by ‘random user’ were, in fact, better than what stock experience will offer. You can check this post for comparison. It is possible that the user had power target adjusted, so in other words, his card was overclocked. The actual values put Frontier very close to GTX 1080, but not above. We should expect gaming-oriented RX Vega to be faster than GTX 1080 though. 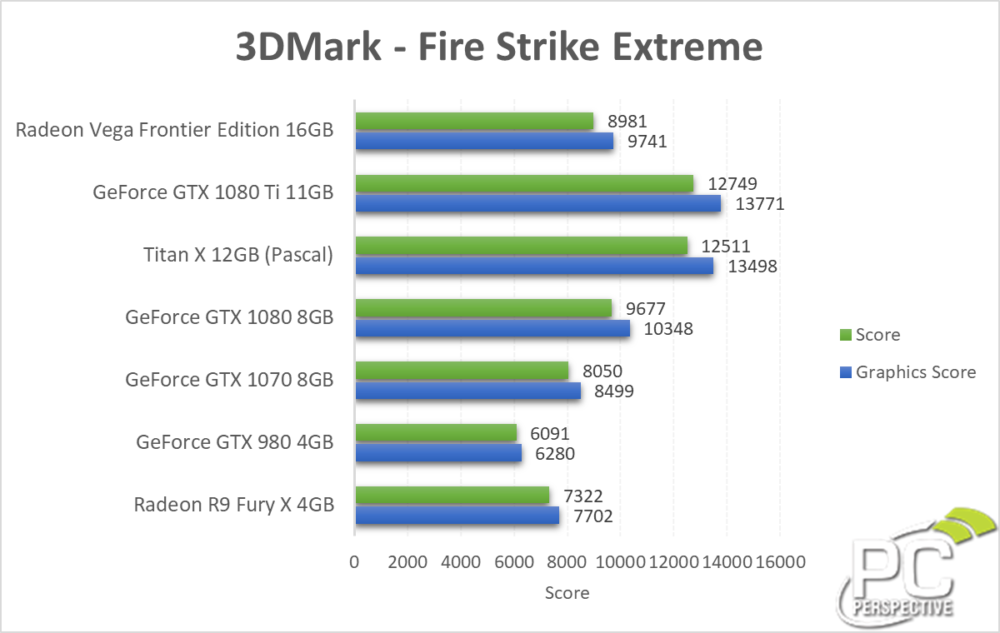 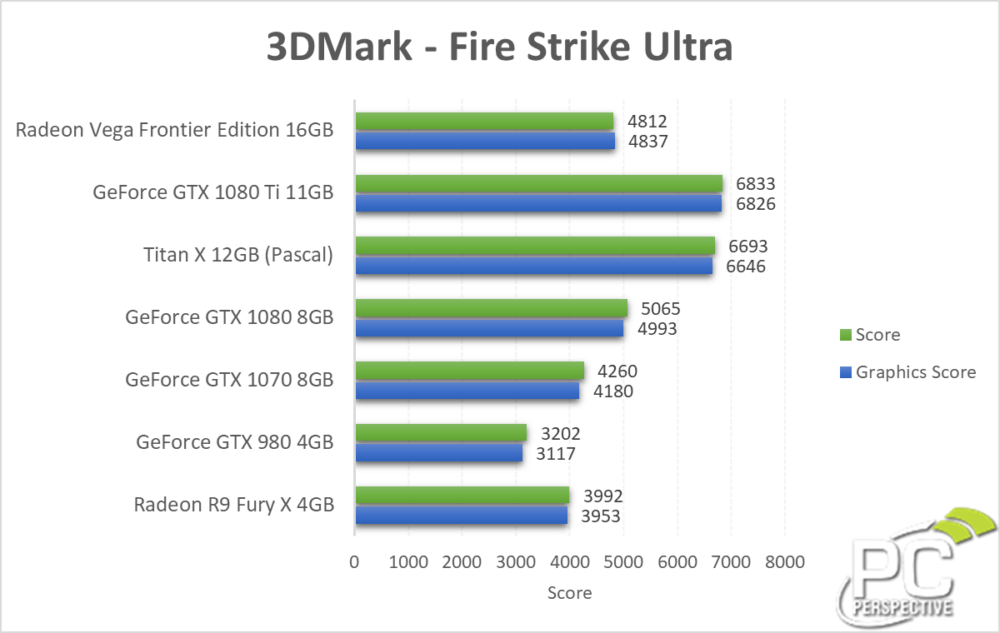 PC Perspective also has professional applications tested against Quadro and TITAN series. Frontier does indeed compete well with TITAN Xp in SPECviewperf and Cinebench OpenGL, but it fails in LuxMark. You can check those graphs and much more by following the link below.