Who was the first person to post Vega 3DMark results? A guy named #define from WCCFTech comment section.

AMD made a mistake by not providing any sample to reviewers. As a result, the first benchmarks result are from a random user, who is not even familiar with Radeon Settings and doesn’t even have proper PSU (550W) for Vega. However, that is what we have for now. I guess that’s better than nothing. Here are the first photos of the retail sample, most likely purchased through ScanUK. 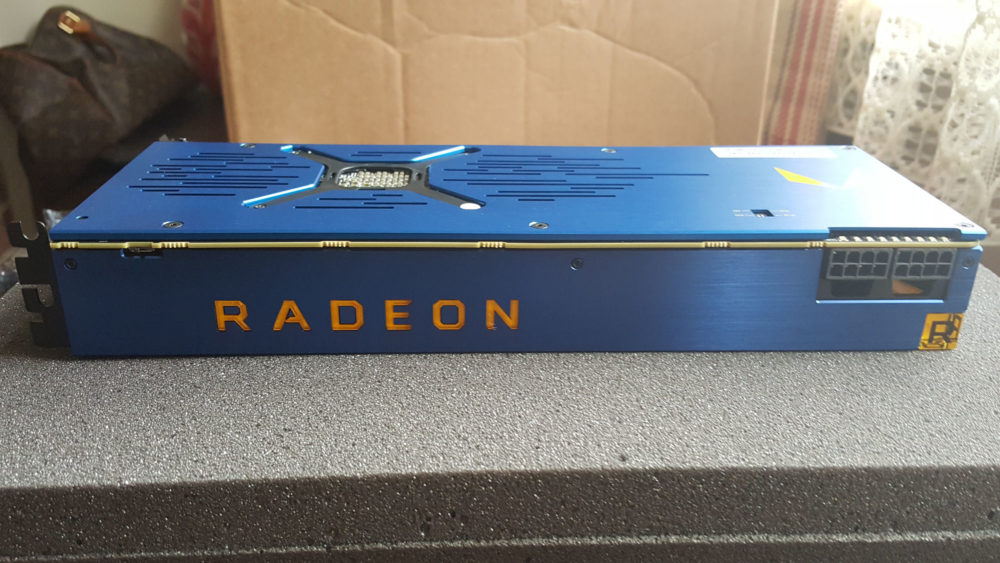 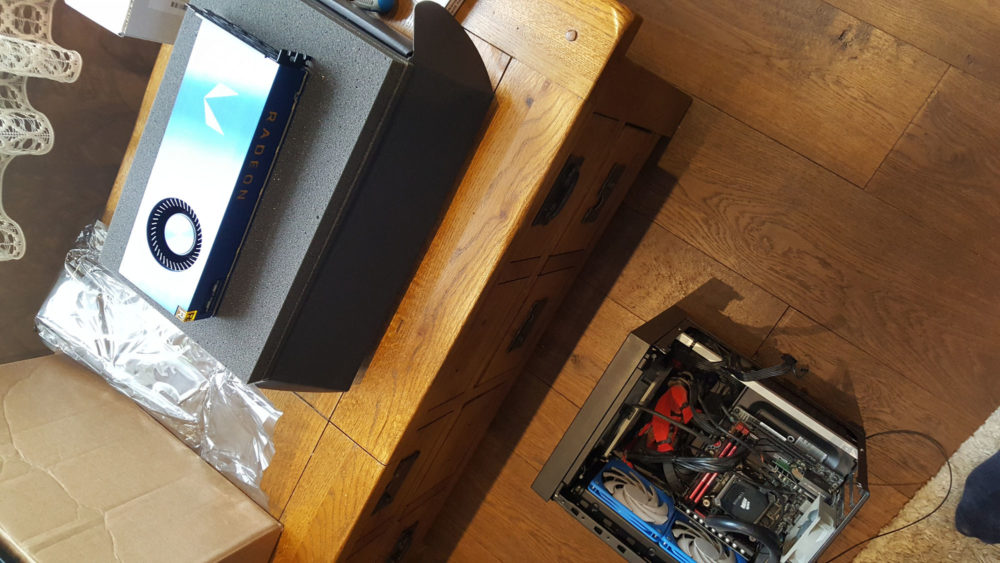 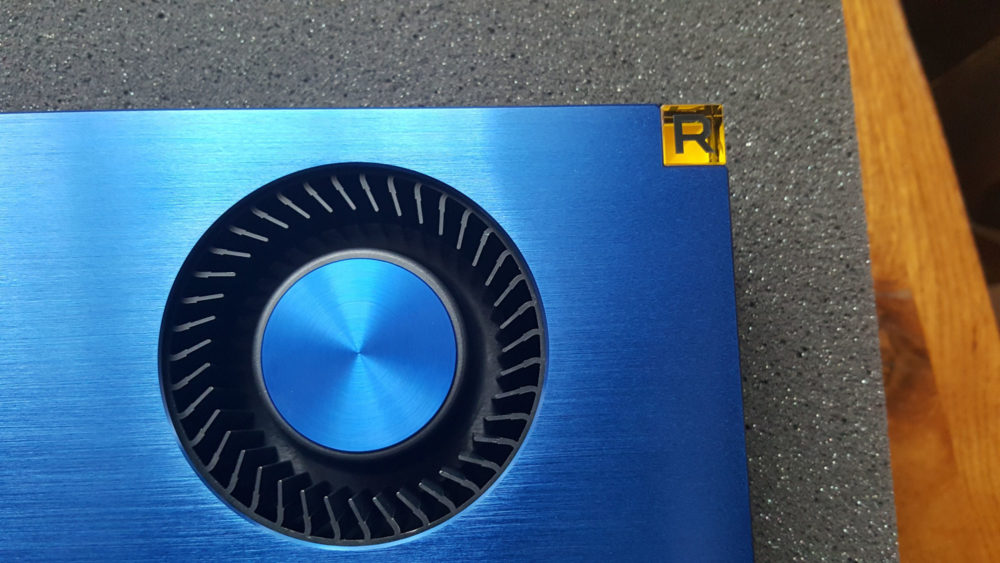 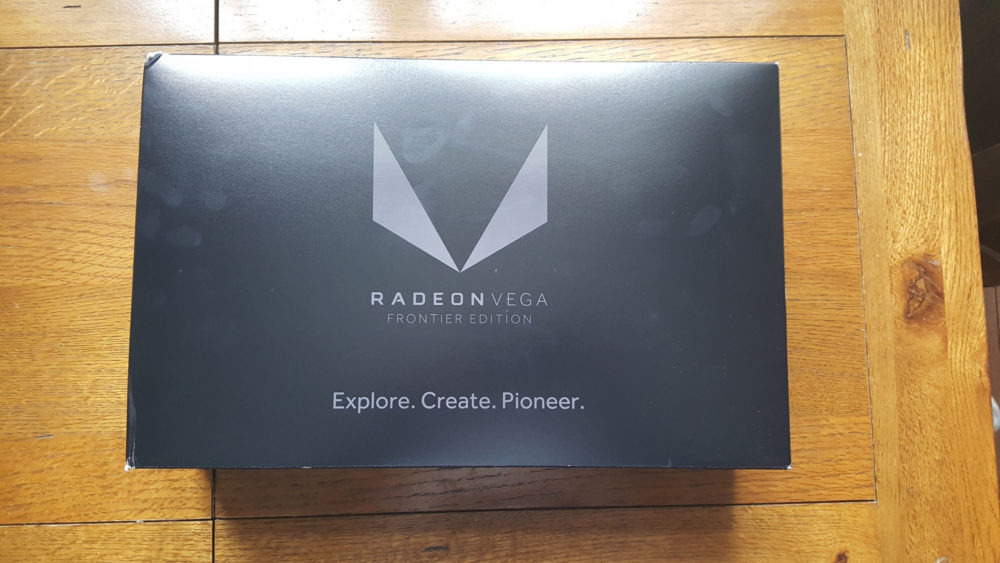 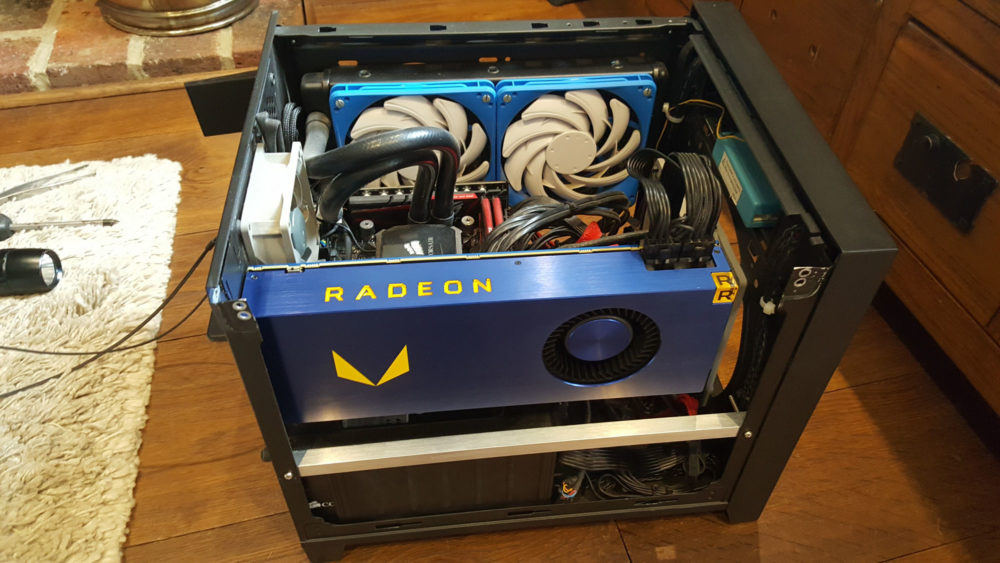 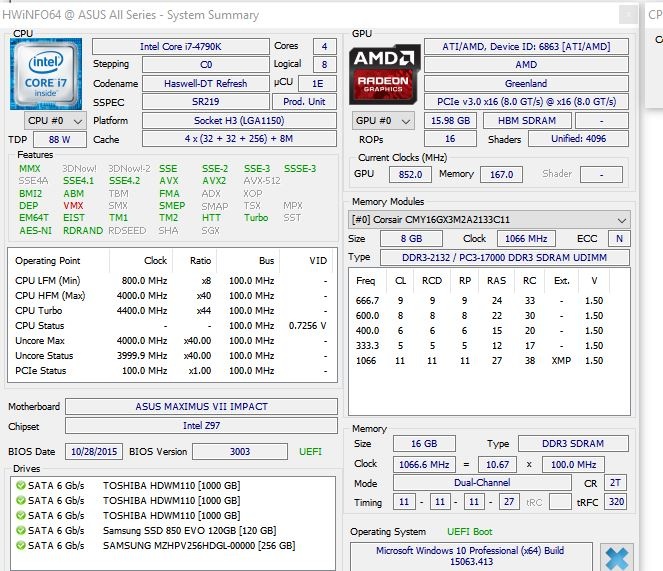 Vega Frontier has a device ID of 6863. The GPU-Z 2.1.0 does not fully support Vega yet, hence the missing specs. According to GPUZ the memory is not made by Hynix or Samsung, the HBM2 in Vega is manufactured by Micron (but that’s probably just a mistake).

If these values are correct, then we are looking at performance comparable to GeForce GTX 1080. Vega Frontier was running in ‘gaming mode’. 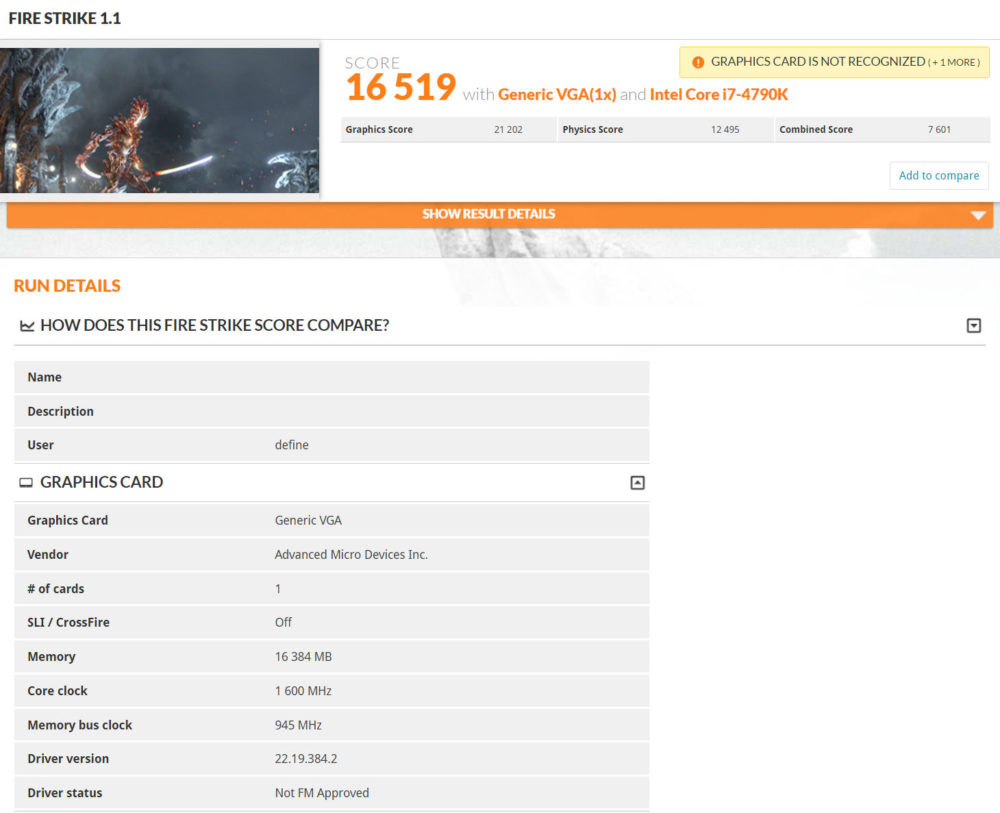 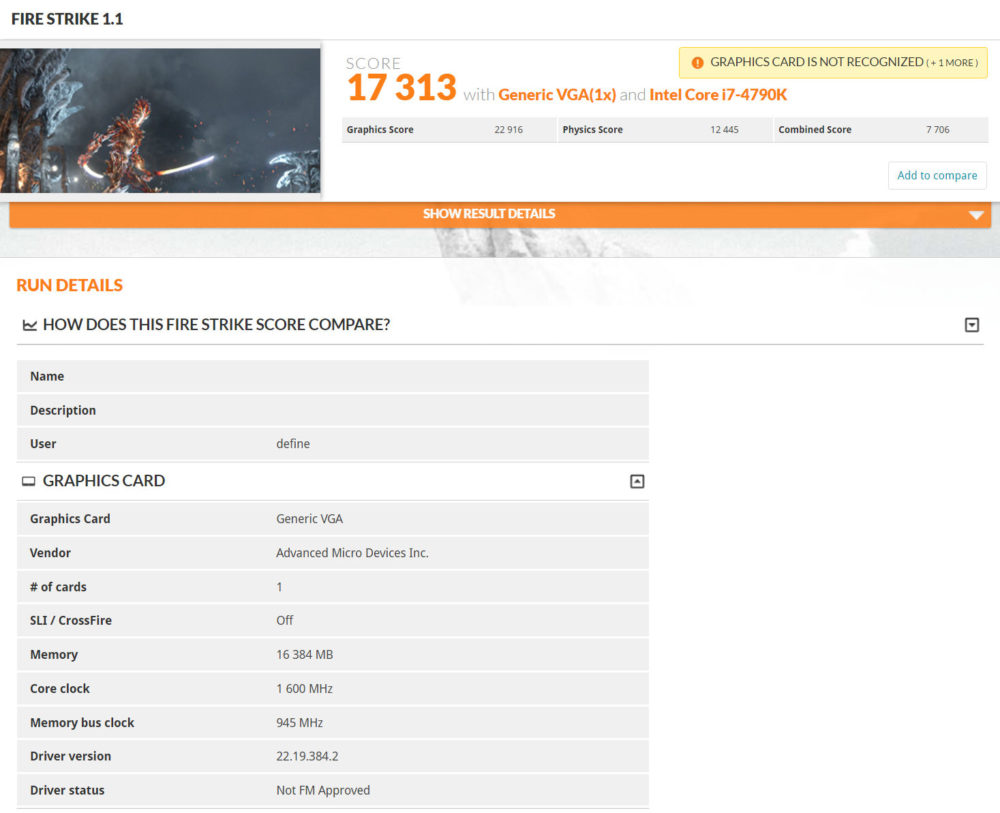 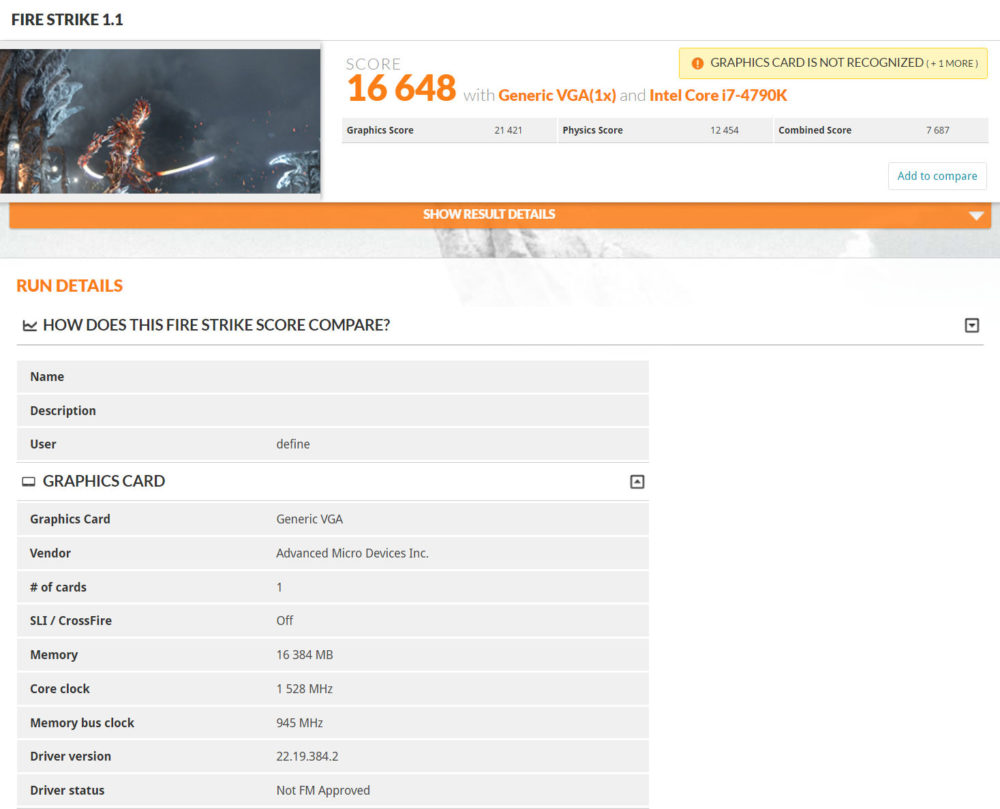 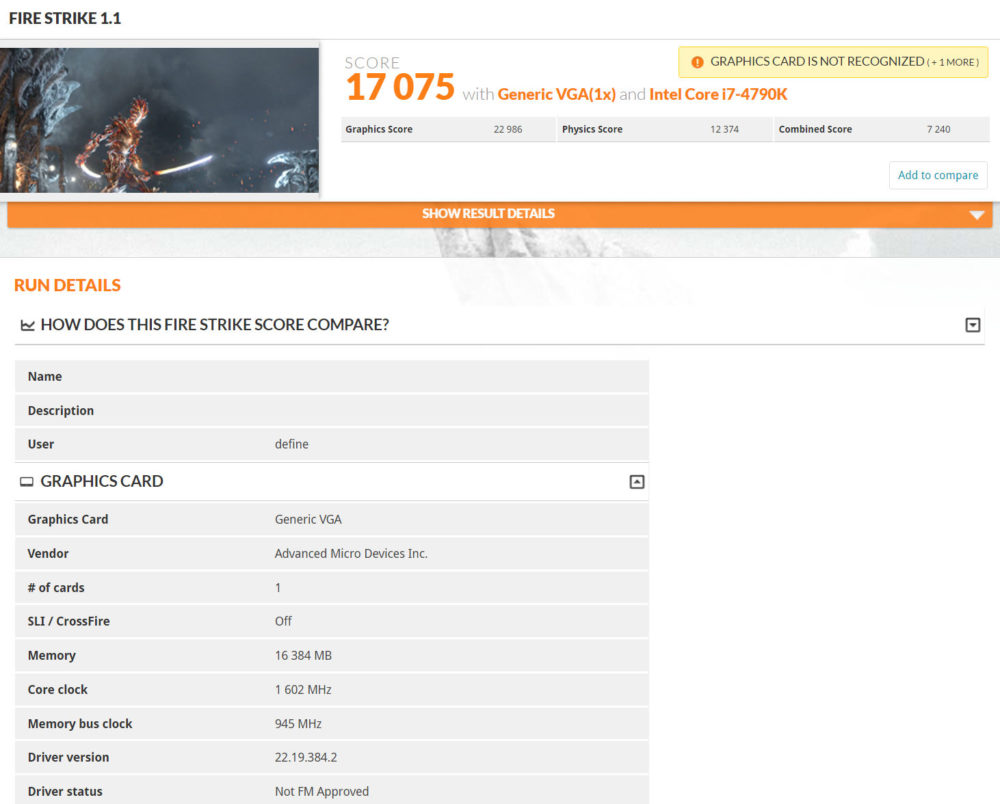 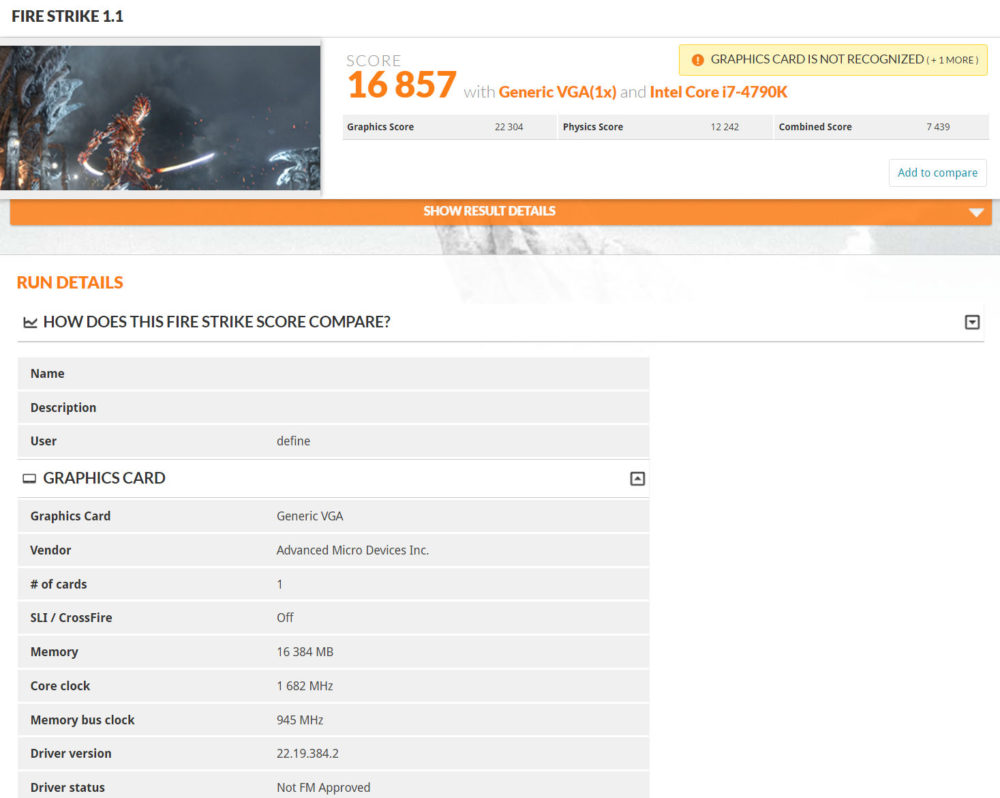 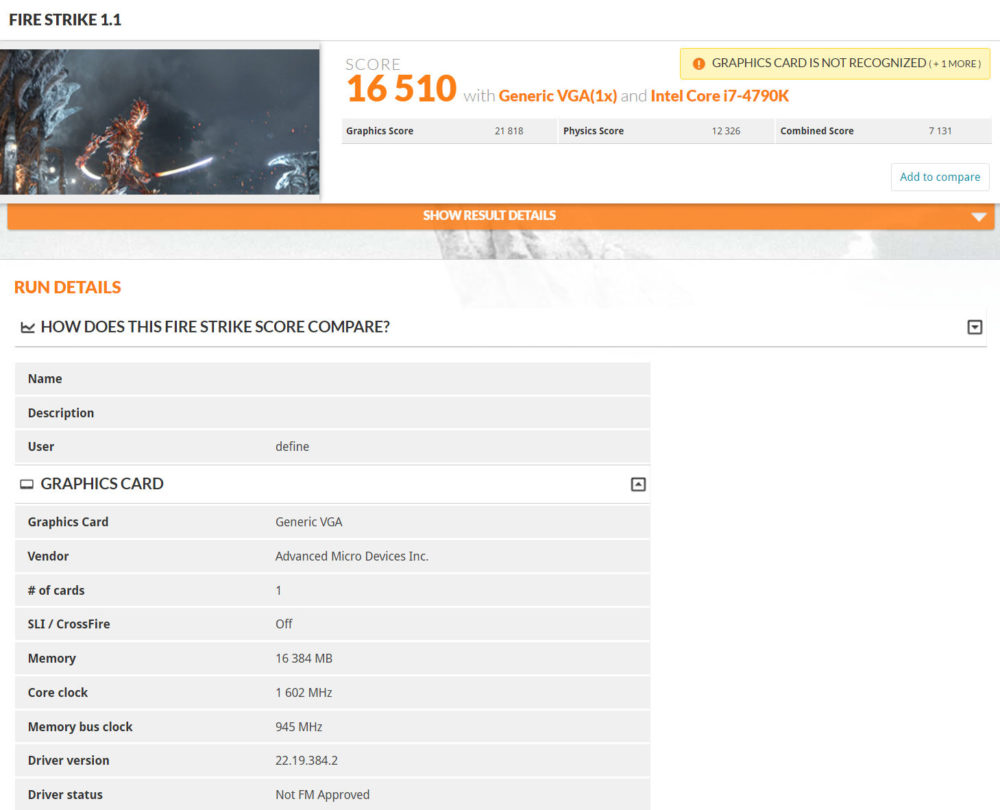 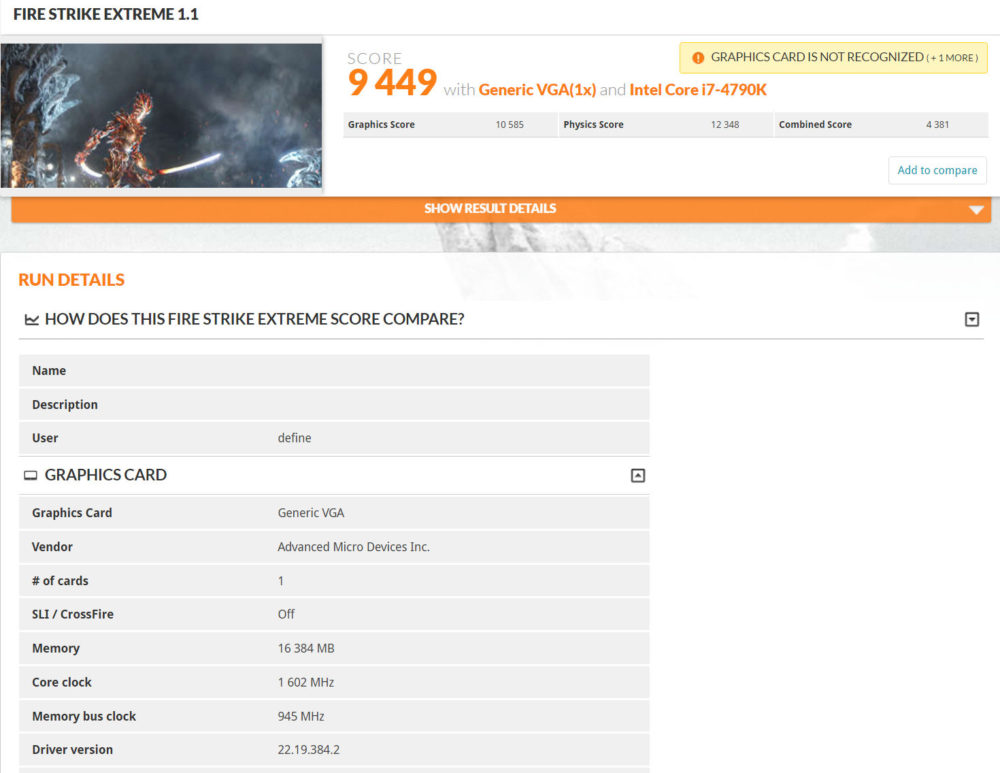 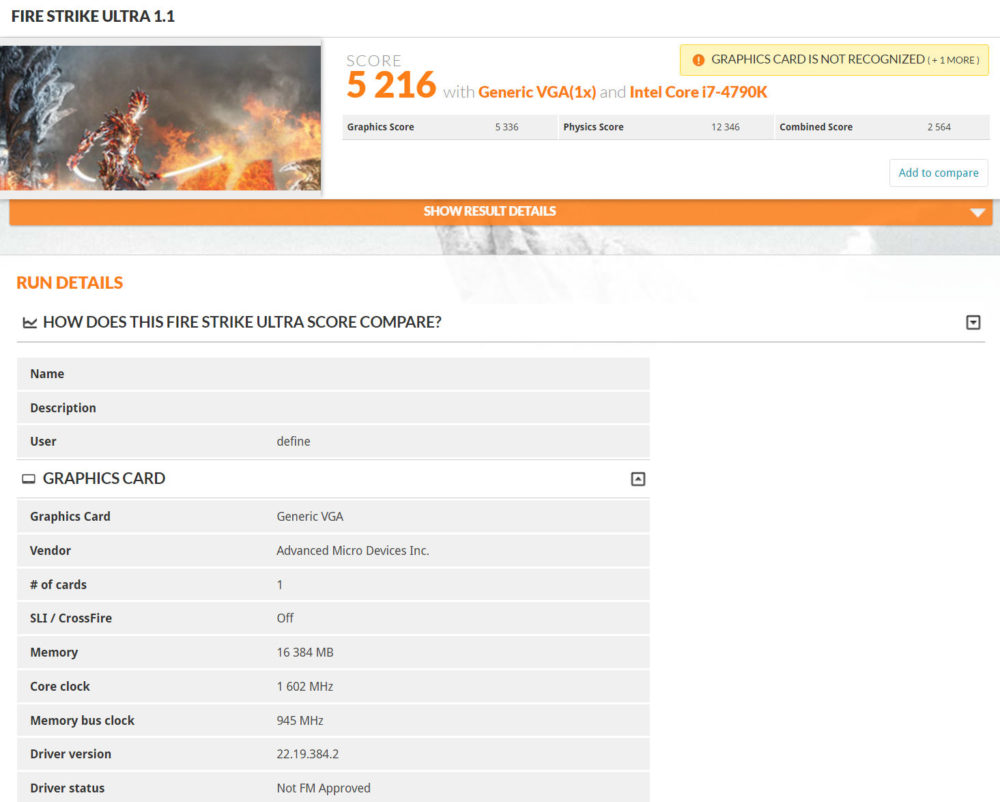 All credits and a crate of virtual beer go to #define. You can find the thread and follow latest ‘developments’ at WCCFTech.

Update: First unboxing video of Vega Frontier is out: