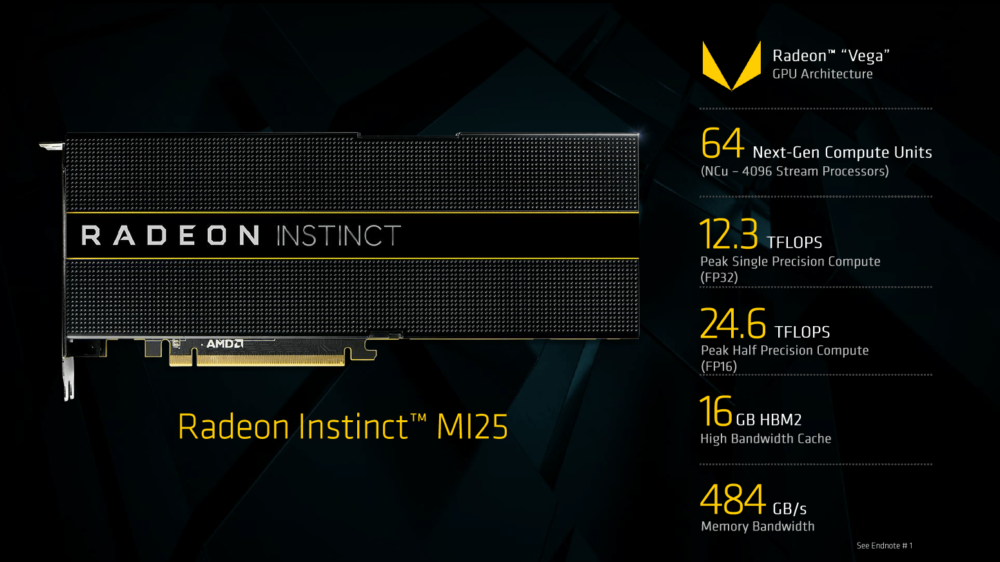 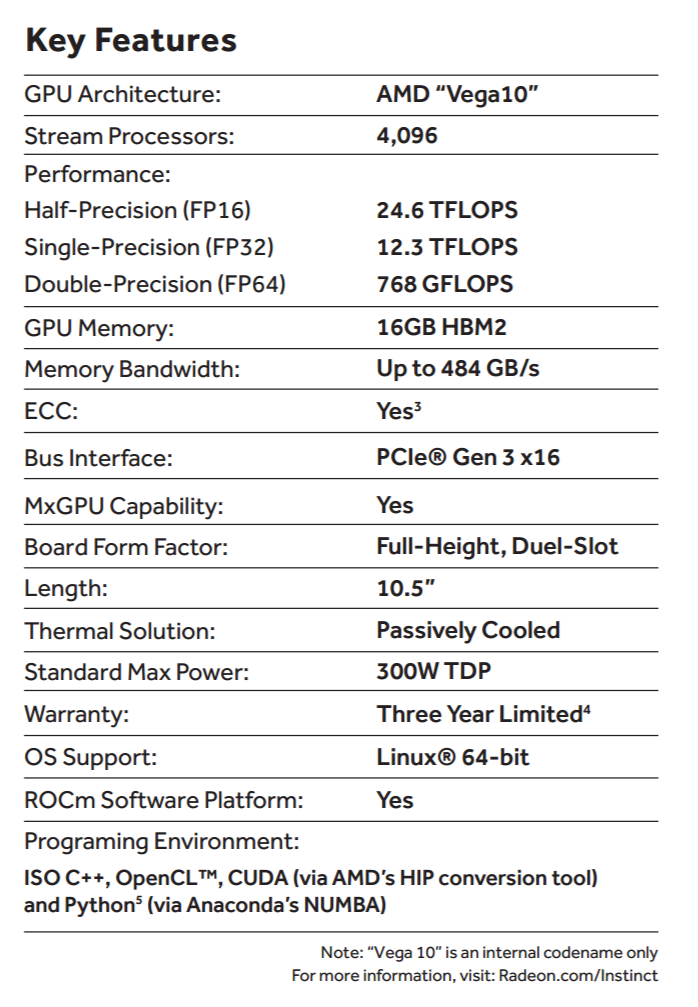 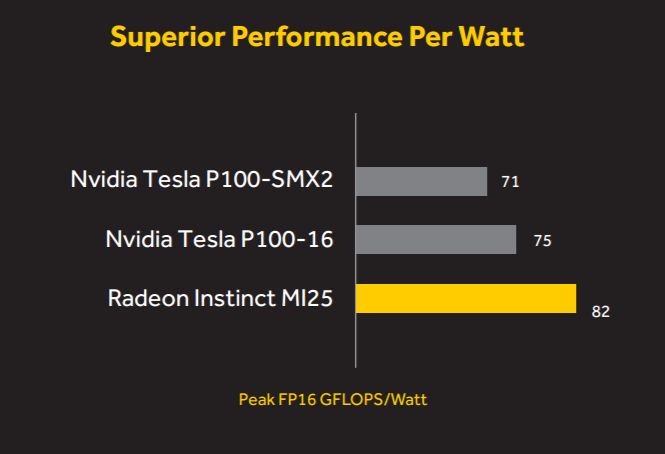 Today AMD also confirmed that MI6 and MI8 are based on older architectures. Fiji is not really the latest graphics processor anymore, but it will still power the Radeon Instinct MI8 with all 4096 Stream Processors and 4GB of HBM1 memory. 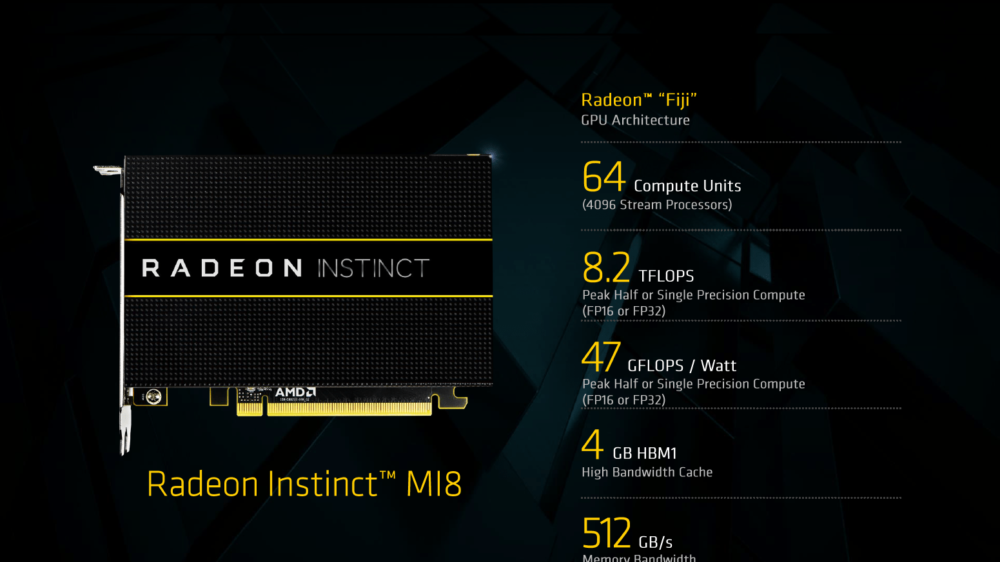 The Instinct MI6 will ship with Polaris 10 graphics processor which has 2304 unified cores and (probably the most surprising part) 16GB of GDDR5 memory. It may also come with a license to kill signed by James Bond… 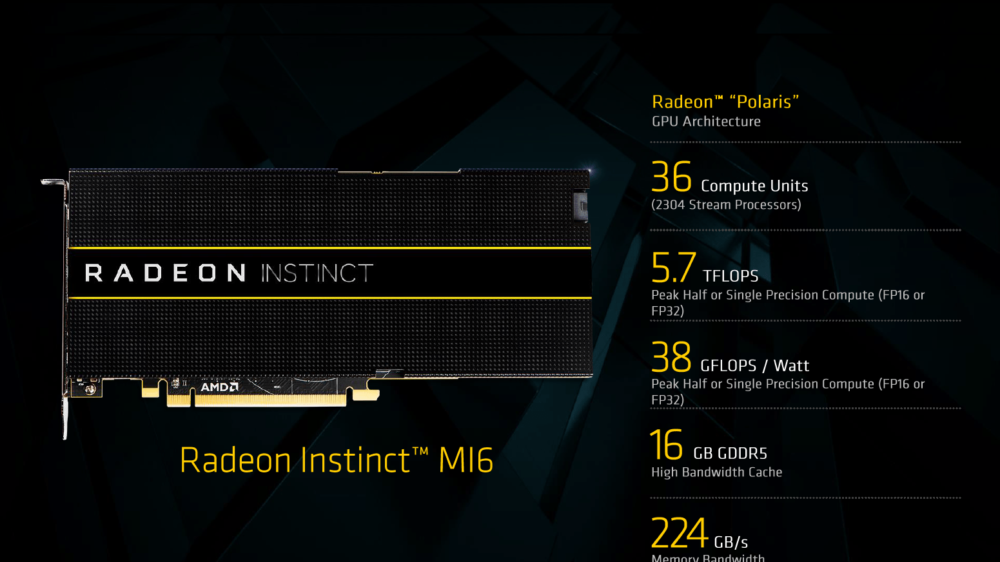 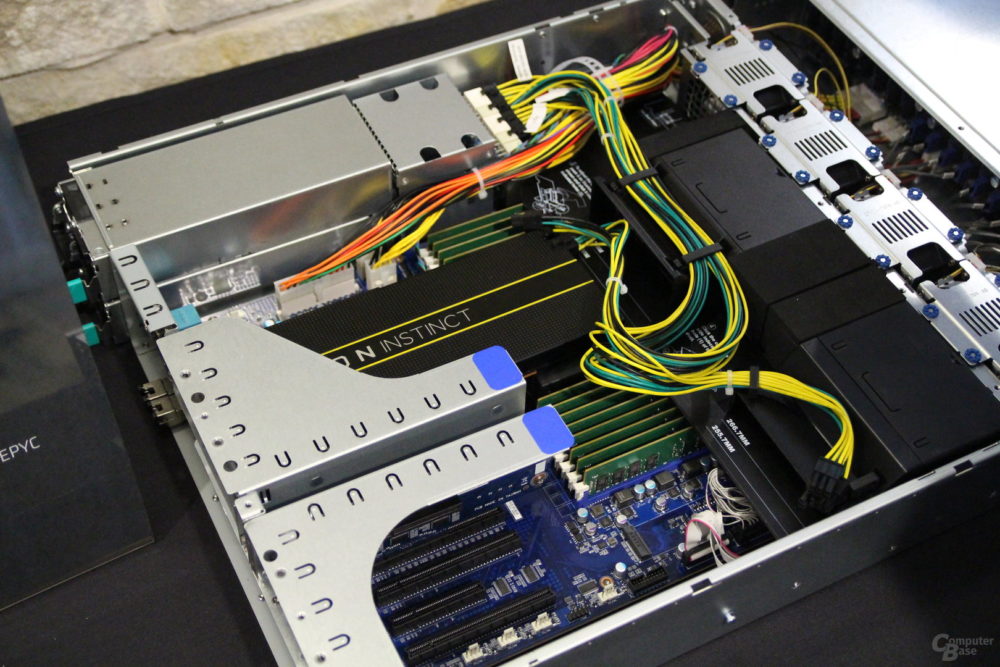 The Instinct family will start shipping in the third quarter. 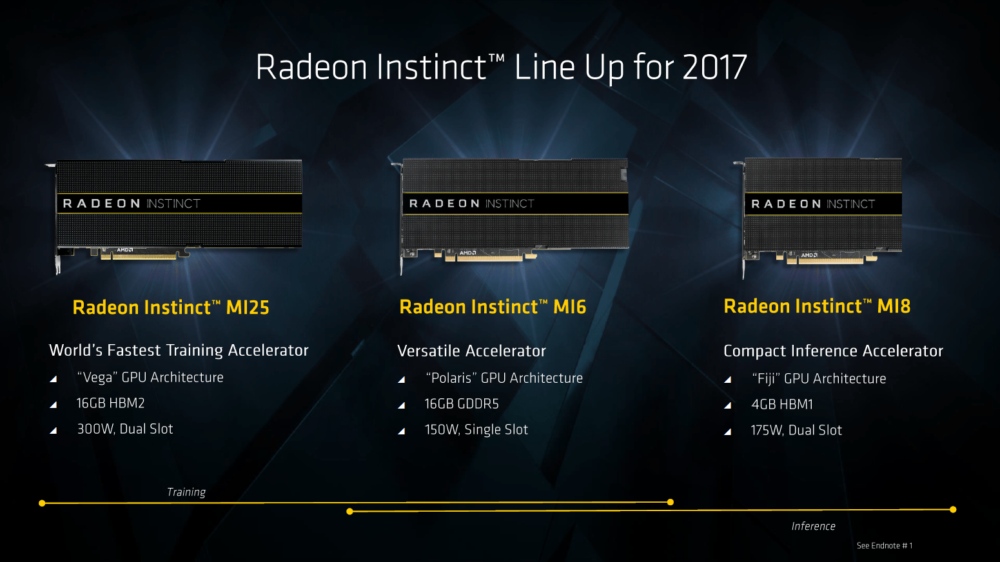