Finally, first Radeon Vega is available for preorder. It is not cheap though.

Two Vega cards are listed at Scan UK and Sabre PC: the air-cooled version and liquid version of Vega Frontier. Both are listed with the exact same specifications. The new part is 13.1 TFLOPs FP32 compute performance. In other words, Vega Frontier has GPU clock of 1600 MHz.

We also have first performance metrics provided by Exxact Corp., a company specializing in professional GPU solutions. According to this chart, the Liquid Edition of Frontier has higher TDP (375W), compared to the air-cooled Edition with 300W.

Radeon™ Vega Frontier Edition: Be First. Be The Pioneer

Built for the Pioneers of the World
Who are the pioneers? They are the ones who have cured diseases and strengthened our bodies. They work to heal our planet and explore new ones. They work to undo mankind’s mistakes and protect the next generation from making them again. Harnessing science to fuel creativity, and employing creativity to drive science. They pursue an unerring, unwavering path towards their goals. There are no barriers, no compromises. They are people who see boundaries as starting lines, and who risk everything in pursuit of innovation. They are the early adopters, the people whose passion is to pursue what is new and different. Their achievements won’t be measured in days, weeks or even years. They’ll be measured in centuries.

The Radeon™ Vega Frontier Edition
Empowering a new generation of pioneers to analyse, understand and re-shape our lives, now and forever.

Empower Scientists to Explore New Frontiers
Training techniques used today on neural networks in machine intelligence and deep learning applications have become very complex and require the handling of massive amounts of data when training those networks to recognize patterns within that data. This requires lots of floating point computation spread across many cores, and traditional CPUs can’t handle this type of computation as efficiently as GPUs handle it. The Radeon™ Vega Frontier Edition, combined with our ROCm open software platform, paves the way for pioneers to continue pushing boundaries in fields like AI. Developers can now leverage the power of “Vega” architecture to do machine learning algorithm development on the Radeon Vega Frontier Edition graphics card before deploying it out to massive servers equipped with Radeon Instinct accelerators.

Harness Vega to Fuel Creativity
Design visualization is playing an increasingly important role in helping manufacturers streamline design to manufacture workflows. Advanced technologies, including real-time visualization, physically-based rendering and virtual reality (VR), give design and manufacturing firms a powerful arsenal of visualization tools that can be used at all stages of product development. The Radeon Vega Frontier Edition graphics card provides the necessary performance required to drive these increasingly large and complex models through the design phase as well as rendering phase of product development. In the media and entertainment market, tasks like video editing, animation, post-production, and virtual reality (VR), require high-end graphics to support these workloads. They depend on compute speed and driver reliability more than ever for shorter load and rendering times. Closer partnerships with top software makers helps pair reliability with the raw power offered by our new Vega GPU architecture.

No Barriers. No Compromises.
Game development is a creatively demanding, time-intensive process and any solution that can streamline game design workflows is an extremely valuable benefit for developers. The Radeon Vega Frontier Edition graphics card will simplify and accelerate game creation by providing a single GPU that is optimized for every stage of their workflow, from asset production, to playtesting, to performance optimization. With AMD graphics technology found in many of today’s game consoles and PCs, developers can build and optimize next generation games for a large install base on the latest graphics technologies from AMD. 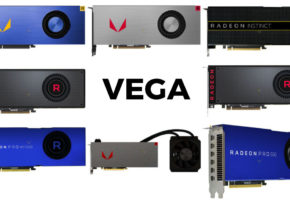 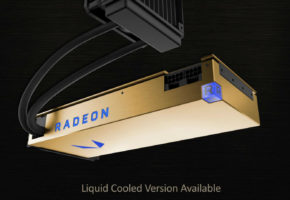 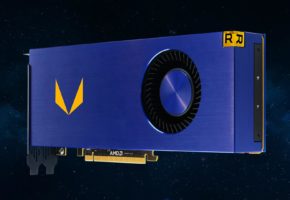 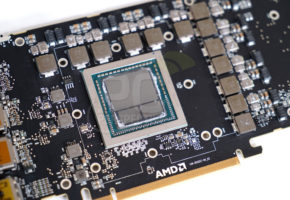 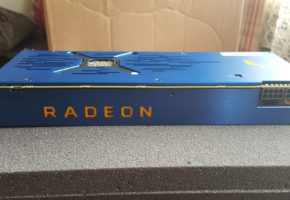