Last week we gave you the first look at GPU mining station equipped with custom Pascal GP106-100 graphics cards. Today we will look at solutions from ASUS, MSI and Colorful.

Cryptocurrency forums are filled with the information about upcoming mining cards from AMD and NVIDIA. We can’t confirm if all details are correct, but mining cards are a fact, it’s only a matter of time before start seeing these cards in stores.

The first and most important information is that there at least two SKUs for miners being prepared by NVIDIA. Allegedly there’s a P104-100 card in the making, based on GTX 1080/1070 design. We don’t know yet how many CUDA cores are enabled, but since P104-100 is said to be paired with GDDR5X memory it may as well be GTX 1080. These cards are said to be more efficient than normal GeForce cards in cryptocurrency mining (~30 to ~10% depending on SKU).

These cards will only have 3 months warranty, but it’s unclear where they will be sold and under what conditions. According to the rumors, these cards will start shipping to customers this month.

As you might have already noticed, there is no GeForce GTX in the codename of these cards. These cards are simply named after their processors, for instance, P106-100. The card from ASUS is based on GTX 1060 Expedition series. It looks exactly the same, with the only exception being the I/O bracket, which lacks display connectors. This model is clocked at 1506/1708 MHz and has 1280 CUDA cores. It has full 6GB of memory clocked at 8 GHz. 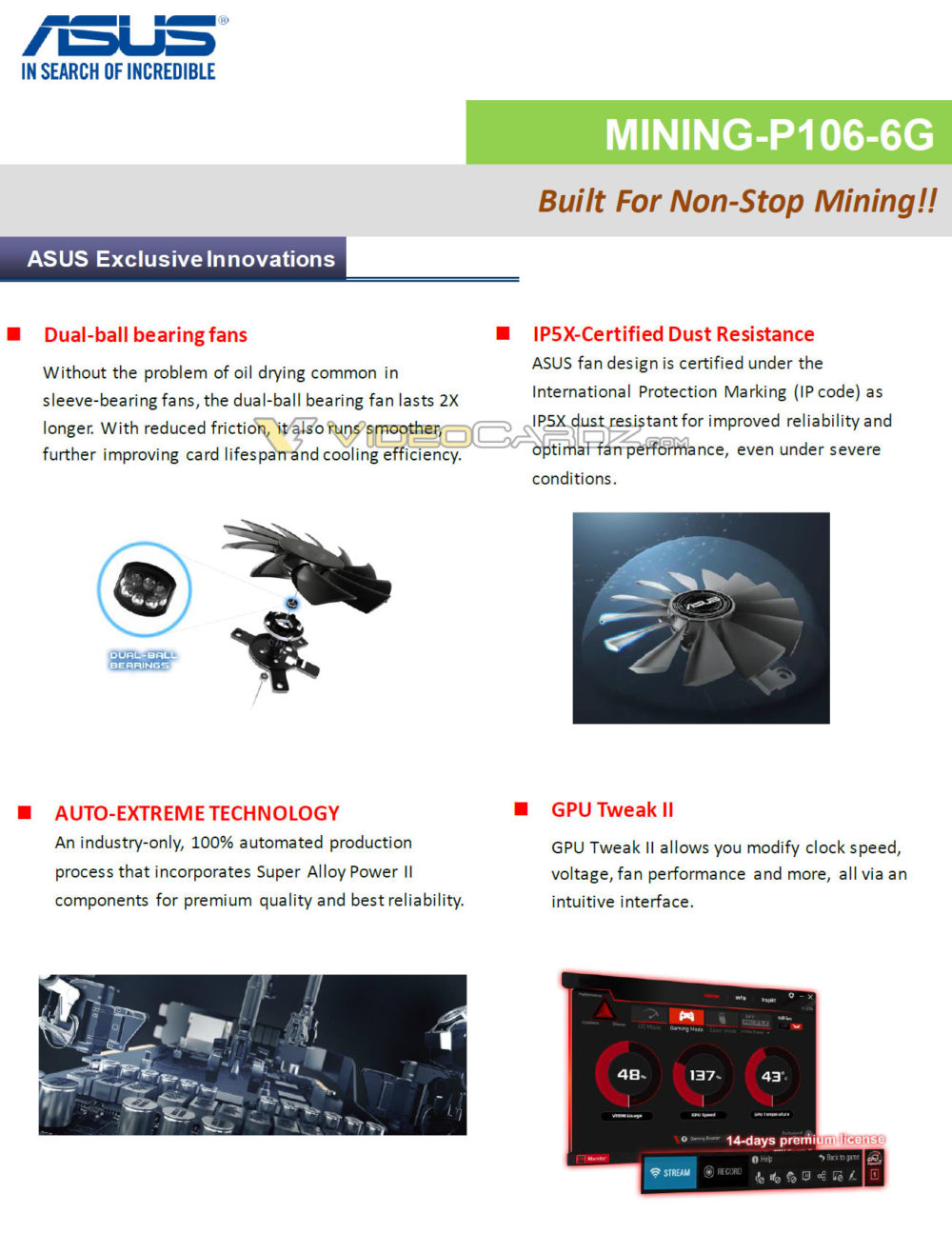 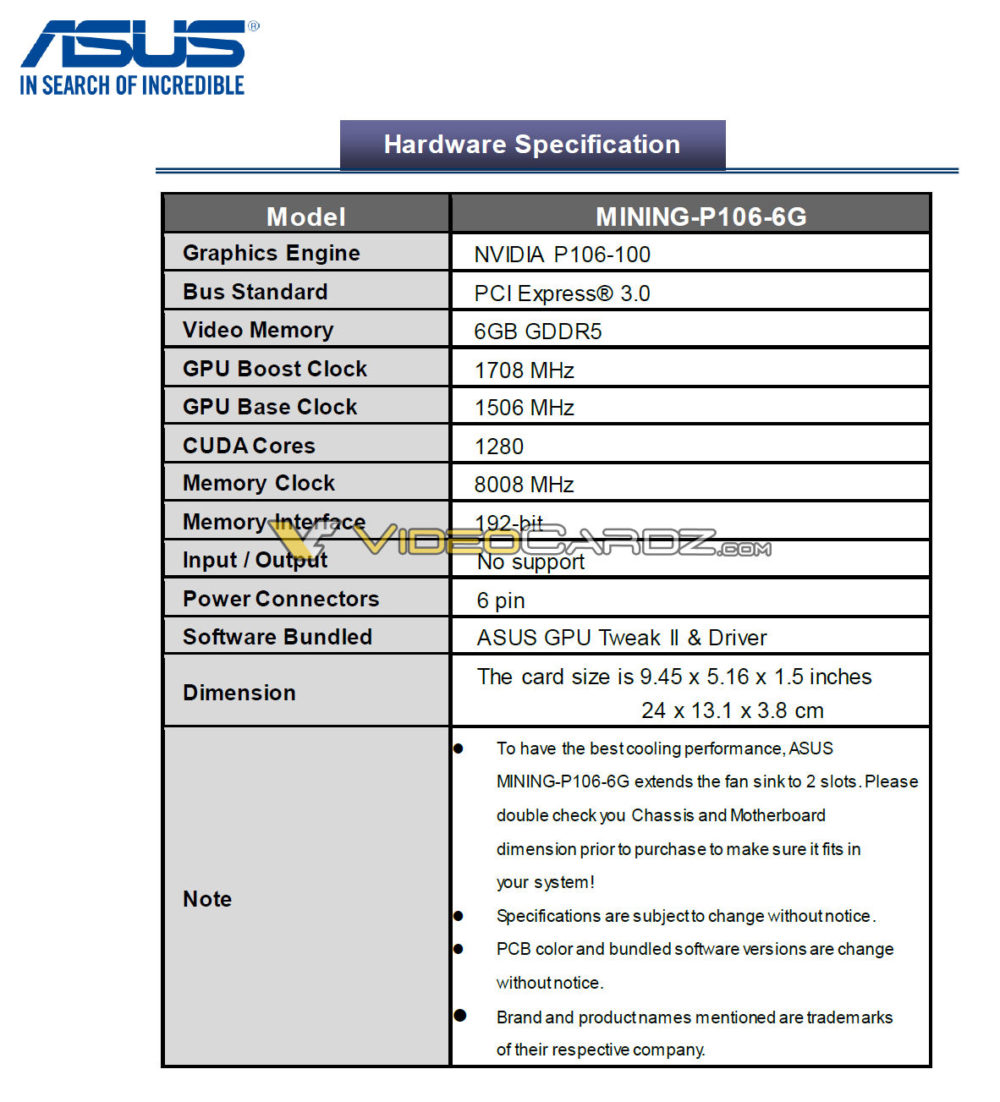 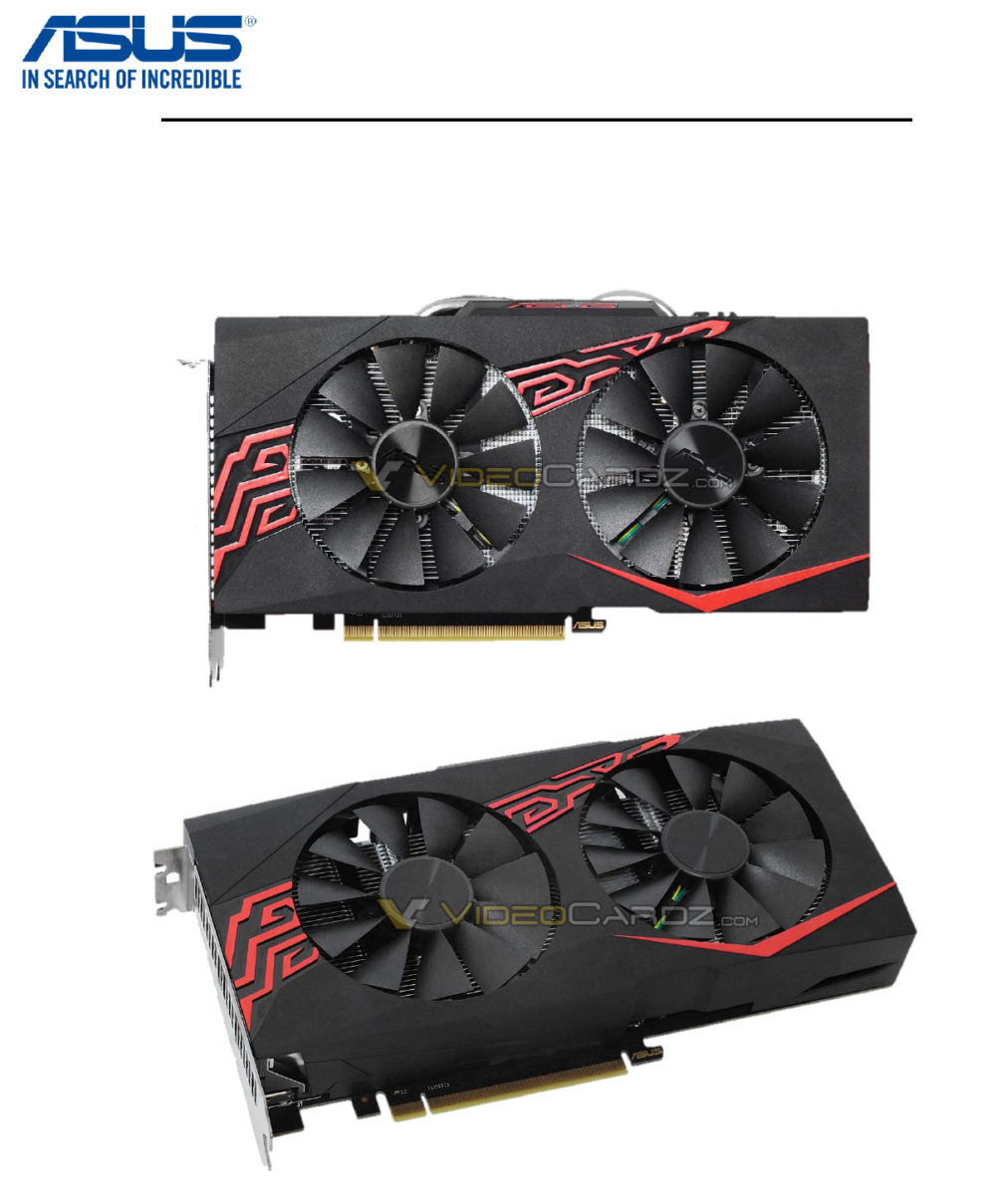 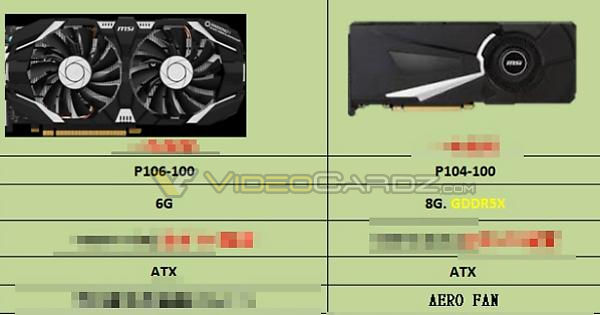 The following picture was provided to us by one of our readers. As explained, it’s a datasheet of upcoming product provided to distributors. Apart from the missing DVI connector, It will probably look exactly the same. 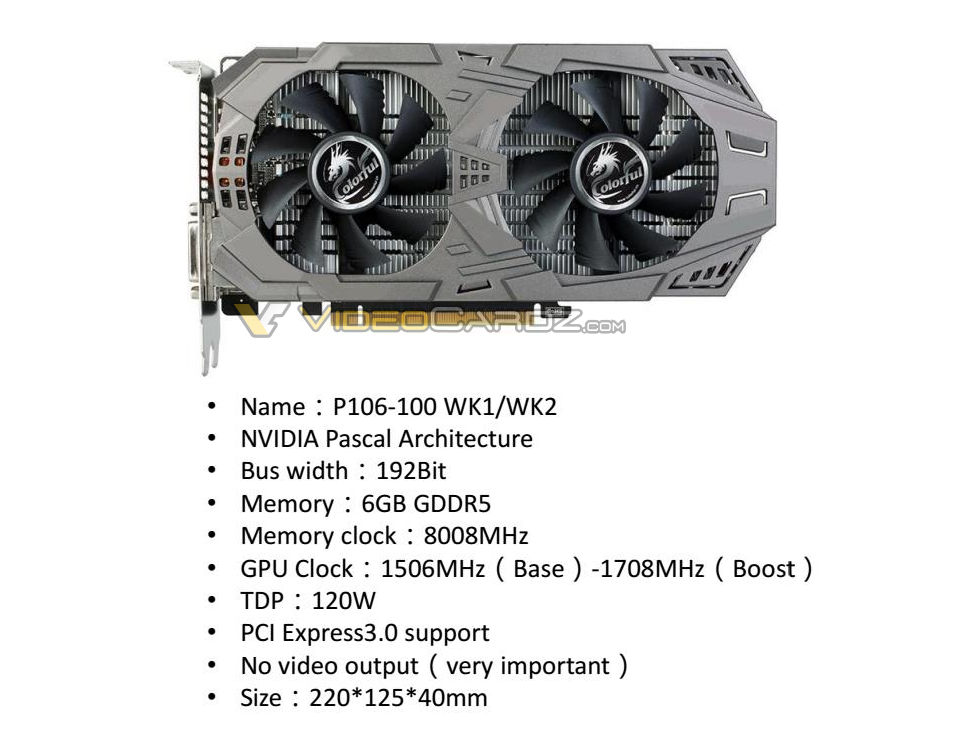