Here’s a follow up to our engineering sample update.

It is unclear if 1950X chip is the highest clocked 16-core part, but we may as well be looking at the flagship processor based on Zen architecture. The leak points towards 3.4 GHz core clock, which might either be a base or turbo clock.

Below you can find all known Ryzen Threadripper CPUs compared to Intel’s Skylake-X architecture. 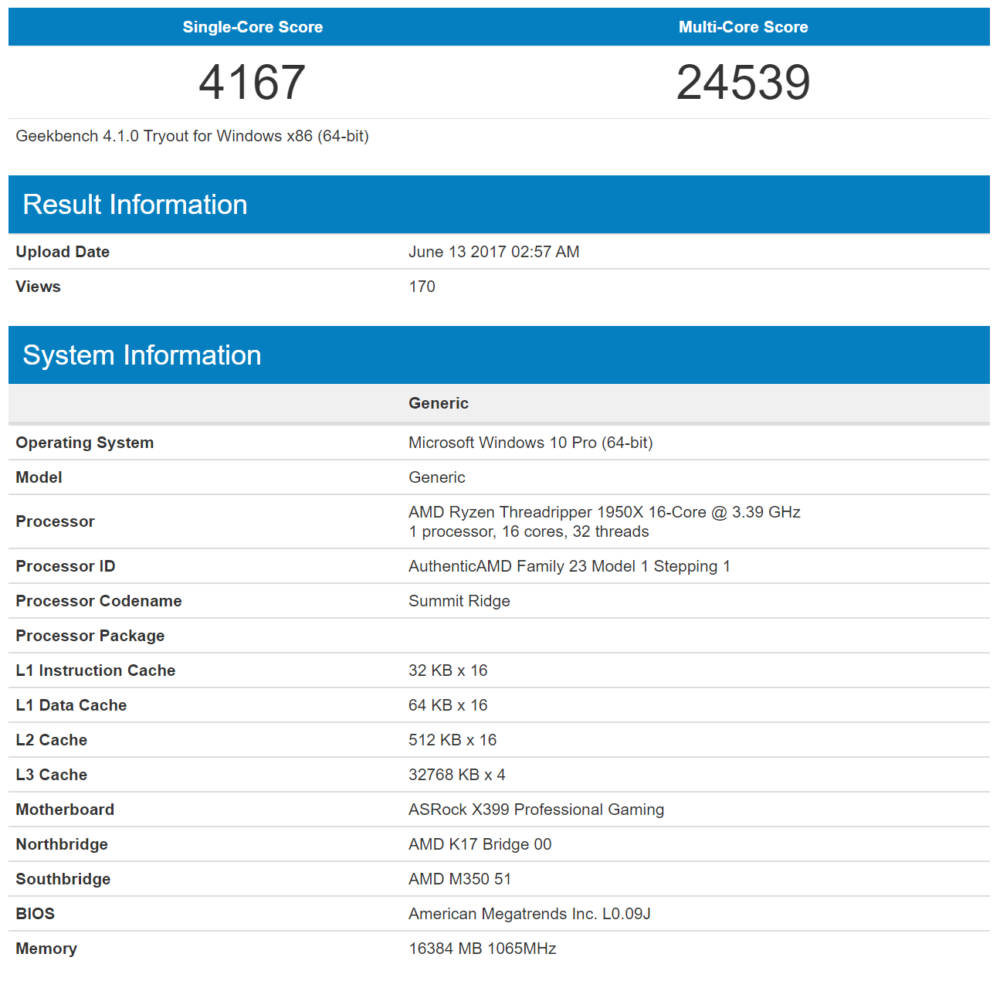