Weekends are always kind of boring. If you visit VC more often, then you probably already know that as much as I like to share confidential information, I also like to debunk existing rumors.

Few days Ryan Smith from Anandtech made a tweet as a reminder to believe ‘only half of what you see and none of what you read’. I think that’s a good guidance for all rumor seeking fans.

Today I will give you an example of such fake leak, which unfortunately already gained popularity.

Looks kind of interesting, the CPU codenamed checks out, it’s the same codename that we leaked two weeks ago in our engineering sample update (although it lacks a forward slash near 36/31). This post is a good example why it’s sometimes better to keep some information away from the public, as it may attract trolls to generate fake data.

Are those the entries we see in Cinebench? Yes, in fact, you can edit those and add whatever you want. 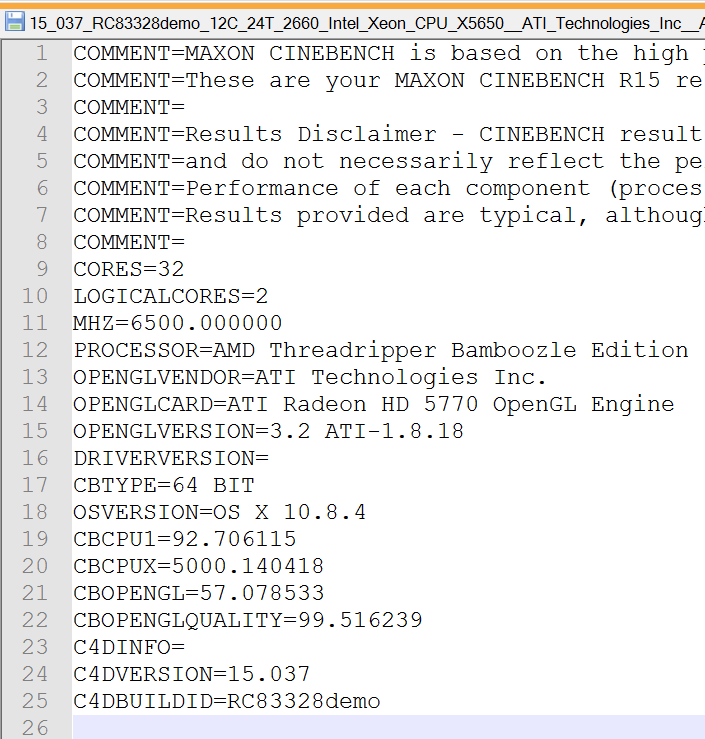 And by the way, the result highlighted by orange, suggests that it was his result, not as he claims that he “found”.

After playing with this for 10 minutes I realized that not only did he edit the file in cb_ranking directory, he also changed the color of the bar manually — the color is simply wrong.

So there you have it.

Below is my attempt to generate a fake picture (for science obviously):