It appears that Intel’s i9 series are actually happening. The Skylake-X and KabyLake-X series are to launch next month.

Intel i9 series feature up to 12 Cores

Intel is allegedly preparing six HEDT processors, two based on KabylakeX architecture and four based on SkylakeX. The most powerful CPU called i9-7920X will launch in August, while the rest will be available in June. The processors will have TDP up to 112W (KabylakeX) and 160W (SkylakeX).

All processors expect i9-7920X are to launch next month, probably after PC Gaming Show, which Intel is sponsoring this year. 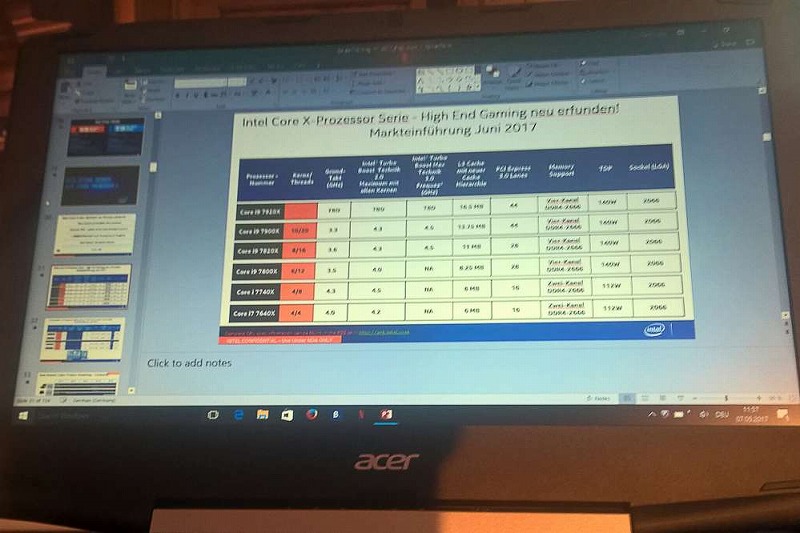 Both 10-core and 12-core Skylake-X processors have already appeared at userbenchmark website: